Fish should figure in to fate of nation’s aging dams

As nearly 75 percent of the nation’s largest dams approach the high maintenance years, safety and economics figure large in decisions to fix or replace. A recent study by Michigan State University (MSU) researchers makes a case to consider how those dams affect the streams and fish that live in them.

Big dams – many approaching 50 years old – span the United States. In some areas, like the northeast, there are many and close together. In other areas like the southwest, dams are sparser and further apart. It’s not just the presence of a single dam that can affect streams by increasing or decreasing flows or fragmenting streams and creating dead ends for fish. The group showed that multiple dams throughout watersheds can have cumulative effects on a stream and its fishes. This underscores the fact that effects of dams could affect habitats and fish miles away from a single dam.

The report, published in the May edition of the journal Science of the Total Environment, also shows how several aspects of streams and dams must be examined and considered to understand a dam’s role in an ecosystem, said Arthur Cooper, the paper’s primary author and a research assistant in the Aquatic Landscape Ecology Lab.

“This study advances our ability to understand the effects of dams as a landscape-scale disturbance, providing information vitally needed to prioritize dam removal and management, informing policy and decision-making to improve and conserve the nation’s stream resources,” Cooper said. 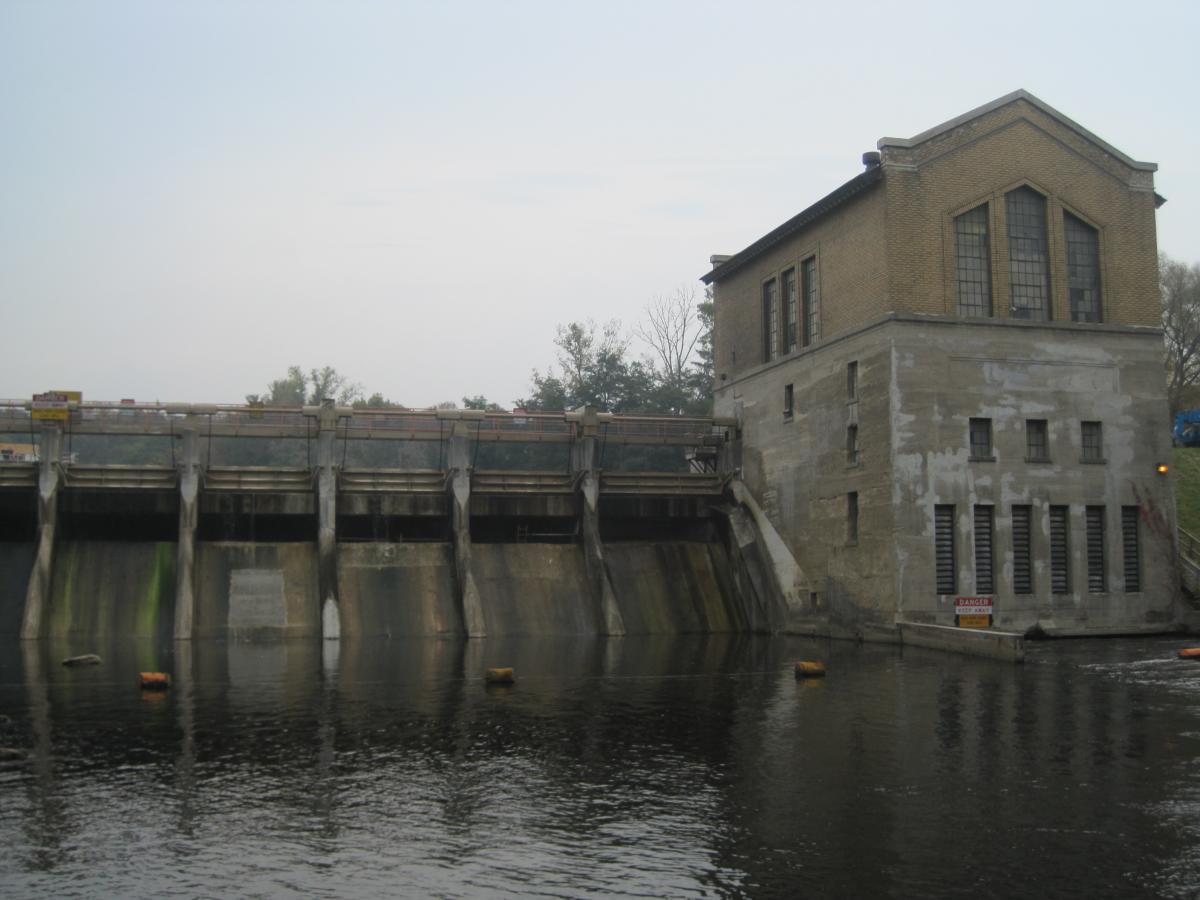 The group scrutinized 49,468 of the nation’s dams – those considered the largest and used for a wide variety of purposes, like hydropower, flood control, water supply and irrigation. By looking at how those dams affect different groups of fishes, it became clear dams benefit certain types of fishes while negatively influencing others. In particular, some trout and darter species that prefer fast-flowing streams and streams lined with gravel, or that are considered generally intolerant to human disturbances, decline in numbers with dams.

But the widespread changes in stream flow and the creation of lake-like environments formed by reservoirs above dams are associated with more sunfish in some regions of the U.S.

And Cooper said this isn’t just about streams closest to the dams. Dams and their reservoirs deliver a cumulative effect, leaving their mark on streams further upstream.

“Dams have not only fragmented large rivers themselves, but their main tributaries are also truncated by dams,” Cooper said. “This is analogous to a tree having its trunk cut in half and many of its main branches removed.”

Cooper said this information has been used in a national assessment of stream fish habitats conducted in support of the National Fish Habitat Partnership. Along with other disturbances to stream habitats such as urban and agricultural land use, mines, and point-source pollution, the group is working to identify the condition of and threats to streams nationally.

Besides Cooper, “Assessment of dam effects on streams and fish assemblages of the conterminous USA” was written by associate professor Dana Infante, the leader of the aquatic lab and a member of MSU’s Center for Systems Integration and Sustainability; Wesley Daniel, Kevin Wehrly, Lizhu Wang and Travis Brenden.

“This study offers new insights into the variable effects that dams can have on stream fishes,” Infante said. “This information is important for stakeholders who may be working to conserve stream habitats, considering dam removals, or planning development of new dams. So that others can benefit from the tremendous amount of information assembled for this project, all dam metrics that we calculated are publically available through this publication.”

The work was funded by U.S. Fish and Wildlife Service and U.S. Geological Survey Aquatic GAP Program with support from MSU and the Michigan Department of Natural Resources.