Cooler weather and regular rainfall in the past week has crops recovering from the intense heat earlier this month.

Cooler weather and regular rainfall in the past week has crops recovering from the intense heat earlier this month. Crop harvest (and variety) from urban hoop-houses and field production is increasing as the summer progresses.

According to the Michigan State University Enviro-weather station in Flint MI, temperatures for the past week ranged from a 49 degree Fahrenheit low to a 81 F high with an average of 65.4 F, more moderate temps than mid-month. We are at 1711 GDD base 50 (Growing Degree Days), which is slightly ahead of normal (1632), but behind last year’s reading of 1942 at this time. The area received around .8 inches of rainfall in this period, spread over five days, providing even soil moisture favorable for crop growth. Our rainfall total for the year is 21.91 inches – the average annual rainfall in the Flint area is 30.3 inches.

Several pest problems were noted this week. Squash bugs and cucumber beetles are present on their corresponding crops in hoop-houses and in the field. Possible onion maggot damage seen on leeks in the field. Some of the greens have holes, likely due to cabbage moth larvae, as arugula and the mustard greens that are a component in salad mixes belong to the cabbage family. 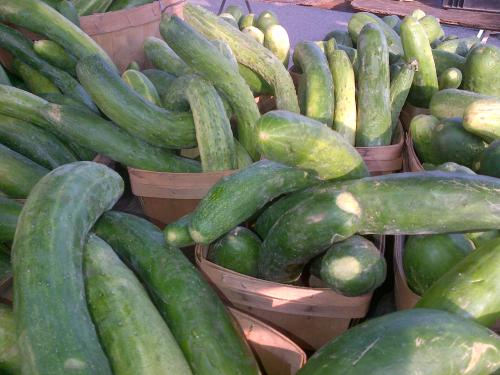 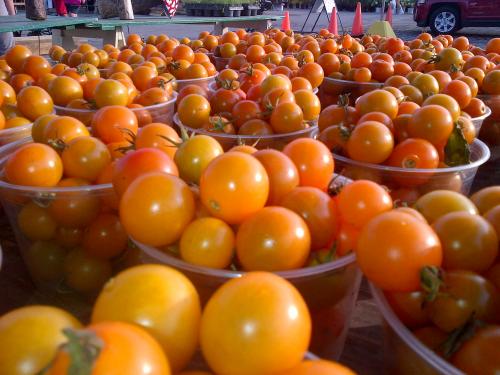 According to a Michigan State University Extension educator, cucumbers, salad mix, tat soi (Asian greens), hot peppers and wax peppers, assorted herbs, onions, collard greens, kale, green beans, Swiss chard, beets, zucchini, garlic, and broccoli were brought to the urban growers’ co-operative stall at the Flint Farmer’s Market on Saturday. Growers are planting succession crops of lettuces and the last crop of beans in the field. Out of area hoop-houses, the crops brought to the market included cherry and Cherokee purple heirloom tomatoes, cucumbers, peppers and summer squashes. Growers are preparing beds to get carrots in for fall, and are just seeing some recovery of lettuces from the high heat we experienced in mid-July.