China’s struggle – mirrored across the globe -- to balance public concern over the safety of genetically modified (GM) crops with a swelling demand for affordable food crops has left a disconnect: In China’s case, shrinking fields of domestic soybean – by law non-GM -- and massive imports of cheaper soybeans that are the very GM crop consumers profess to shun.

Researchers at Michigan State University (MSU) take a first look at how China’s soybean farmers are reacting when their crop of choice struggles in the global market, and how their choices have important global environmental implications. The study is published in this week’s journal Scientific Reports.

The study has discovered what Chinese farmers are growing on lands once dominated by non-GM soy, as well as farmers bucking that trend and planting more. Researchers say these farming choices may offer solutions to a national dilemma.

“Many studies have focused on the global expansion of GM crops. However, the spatial and temporal changes of non-GM crops are not clear, although they have significant socioeconomic and environmental impacts as well as policy implications in the telecoupled world,” said Jianguo “Jack” Liu, Rachel Carson Chair in Sustainability at MSU’s Center for Systems Integration and Sustainability (CSIS). “Understanding the finer points of growing soybeans will be a crucial step to managing a global enterprise.”

Demand for soybean as food, feed and oil has soared as China’s economy booms and eating habits change. China is now the world’s largest soybean importer – bringing in more than 80 percent of the soybeans consumed, mostly from Brazil and the United States. Those imported crops are GM crops.

Jing Sun, a research associate in CSIS, and his colleagues found that soybean farming is generally 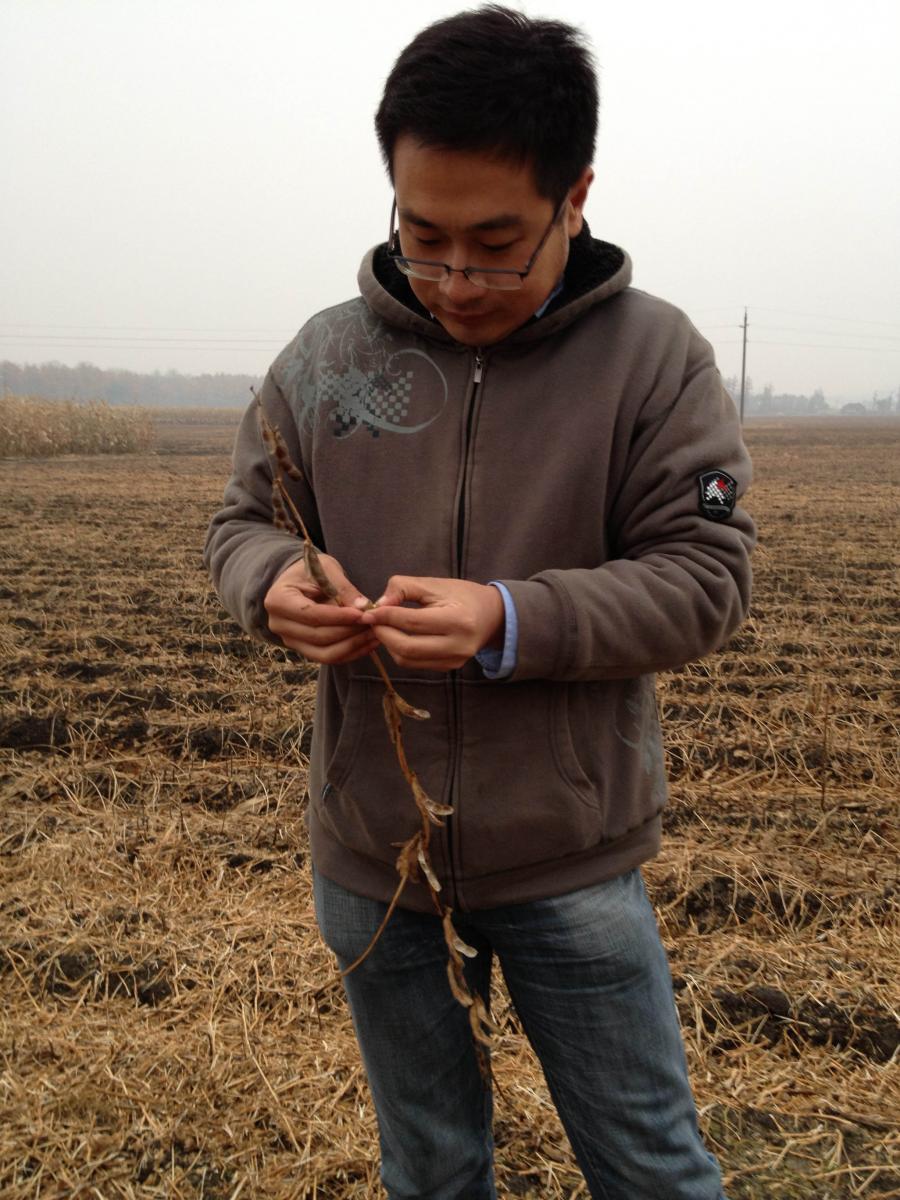 struggling as farmers switch to more profitable crops, with soybean fields shrinking and becoming more fragmented. But Sun also discovered surprising pockets of resilience and identified strengths in soybean cultivation that may point a way to give Chinese soybean consumers what they say they want.

“Cost versus food safety concerns is a dilemma in China, and consumers are pretending not to notice the soybeans they are getting are genetically modified,” Sun said. “Our work will help inform the Chinese government on the status of local soybean crops, which is an issue that transcends the GM controversy, and includes environmental concerns.”

Sun and colleagues scrutinized satellite data of the nation’s leading soybean-growing region, Heilongjiang Province in northeastern China. There they found farmers converting fields from soybean to corn, but not without environmental consequence. Unlike soybeans, which can draw nitrogen from the atmosphere and return some to the soil, corn only depletes the soil of nitrogen, and requires more fertilizers that can cause pollution.

For some, tradition and environmental awareness trumps profit

Yet even as daunting market pressures reduce soy plantings, Sun’s analysis found surprising hotspots of
soybeans. Turns out soybean farming does have advantages that may point the way to a resurgence. Farmers in the north found soybeans more forgiving of cold springs and short growing seasons that can cause corn to fail. And for some, soybean farming is a powerful tradition.

The authors say China’s current dependence on foreign imports to fill its burgeoning soybean demand – and its decrease in domestic production -- comes with potential costs around the globe, including the possibility of Amazon rainforest deforestation as Brazil ramps up soybean production to meet demand. Understanding the finer points of growing soybeans at home will be a crucial step to managing a global enterprise.

The work was funded by the National Science Foundation and MSU AgBioResearch.