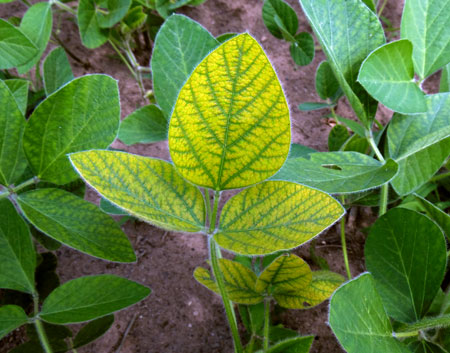 Another SMaRT on-farm research trial was conducted at two potentially responsive sites (soil pH = 7.4) in 2013. The results confirmed that manganese foliar fertilizer application in the absence of visible deficiency symptoms will not increase soybean yields. In fact, research conducted by the Ohio State University in 2008 and 2009 found that foliar applications of manganese fertilizer in the absence of foliar deficiency symptoms actually reduced soybean yields.

Herbicide Resistance? Now is the Time to Check!