Harvests from freshwater fisheries such as the Great Lakes could total more than 12 million tons a year globally and contribute more to global food supplies and economies than previous estimates indicate, according to a study published today by Michigan State University and the U.S. Geological Survey.

“Our study provides an independent estimate of global inland fishery harvests based on food web ecology and fisheries activity, and can help resource managers in the United States and around the world make informed decisions about the often competing uses of inland fresh waters,” said Andrew Deines, a scientist with Michigan State University’s Center for Systems Integration and Sustainability and the report’s lead author.

Freshwater ecosystems across the planet provide valuable services, such as drinking water, hydropower, irrigation for agriculture and economically important recreation and tourism. The USGS, Michigan State University and partners estimated the 2011 fish harvest from over 246,000 lakes worldwide. They found that the harvest was 18.5 billion pounds, or the weight of more than a million large African elephants. 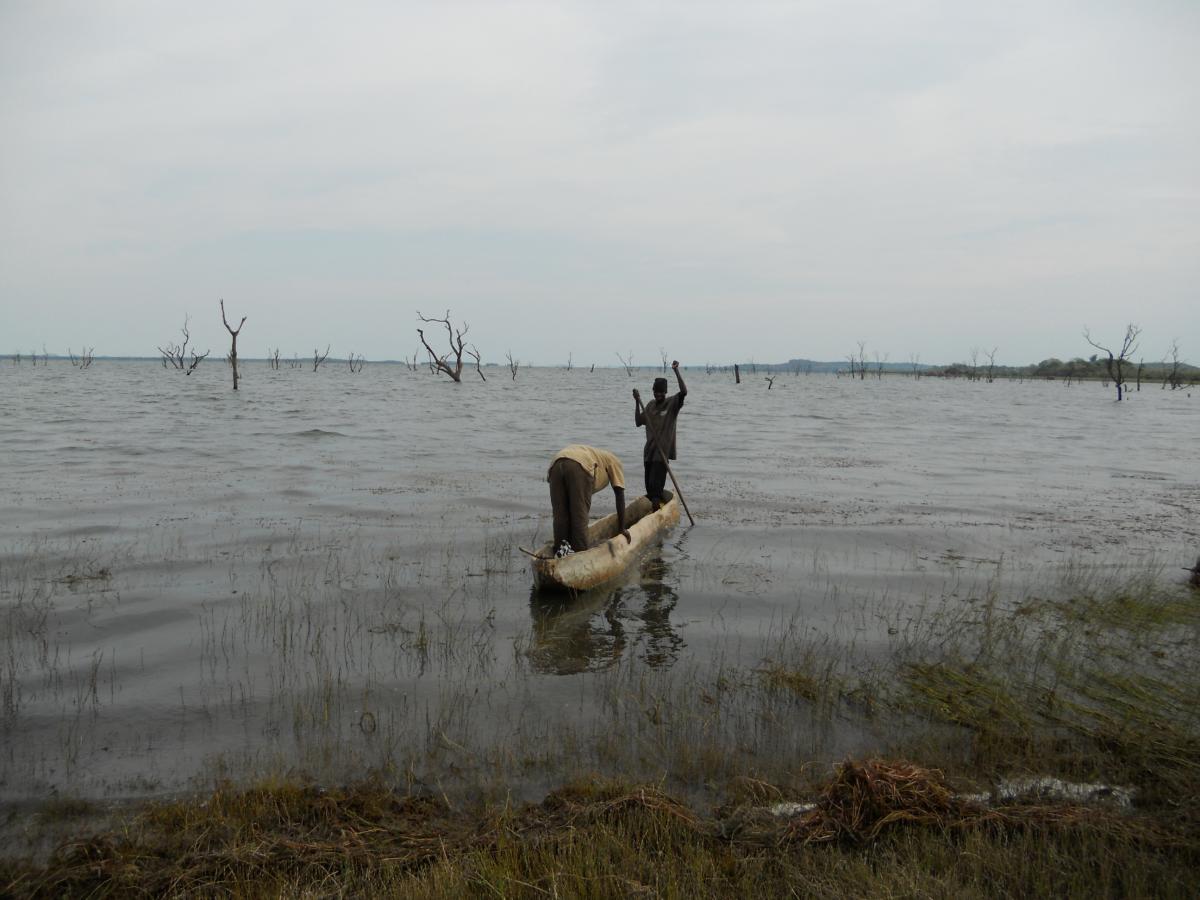 These lakes accounted for about 50 percent of the global freshwater lake area. Because the study did not assess the inland fishery harvest from rivers, wetlands and very small lakes, the true total global freshwater fish harvest in 2011 likely exceeded the 12 million tons reported to the United Nations Food and Agriculture Organization, or FAO.

“This finding is important because it suggests that harvests from inland fisheries are underreported, which can diminish their importance and result in misinformed decisions regarding the competing uses of freshwater resources,” said David “Bo” Bunnell, a USGS scientist and an author of the study.

The scientists assessed the productivity of lakes larger than about 0.04 square miles, worldwide. They modeled lake size, potential fishing activity based on human population density and remotely sensed estimates of chlorophyll, a measurement of algae and a building block of lake food webs.

“Applications of technologies, such as assessing lake chlorophyll from satellites in our study, create opportunities for independent estimates and can help inform regions where on-the-ground data are limited,” said Mark Rogers, a USGS scientist and an author of the study.

Managers around the world rely on accurate estimates of fishery harvests to make important natural resource decisions, such as how to balance water needs for agriculture, municipal water supplies and ecosystem health. Because fisheries harvests are difficult to accurately measure due to the large numbers of lakes and resource users around the globe, the new study provides an alternative approach to help address this uncertainty.

The study reflects a collaboration between MSU, the USGS and Michigan Technological University, and was funded by the USGS National Climate Change and Wildlife Science Center. It is published in the journal Frontiers in Ecology and the Environment.

Besides Deines, CSIS member and University Distinguished Professor in Global Fisheries Systems William Taylor also was an author of "The contribution of lakes to global inland fisheries harvest."

The contribution of lakes to global inland fisheries harvest