Trustee emeriti must have served at least nine years on the board and provided especially distinguished service to the board during their tenure. Honorary Trustees are typically former state 4-H leaders and executive directors, who in their official capacities with Michigan 4-H, achieved a level of excellence in advancing the 4-H movement in Michigan and are easily recognized as extraordinary and beyond the norm. Both trustees emeriti and honorary trustees are elected by the board of trustees former trustees and may attend and participate in all meetings of the board with ex-officio status. 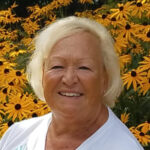 Pamala R. Babbitt, of Muskegon, was elected to join ten others as trustee emeriti. Babbitt served as a Michigan 4-H Foundation trustee from 1984 to 2021. She served the board in numerous roles including treasurer, president and immediate past president. Babbitt chaired the Michigan 4-H Foundation’s Facilities Committee for a number of years and later chaired the Personnel Committee ensuring that foundation staff members were well-compensated and received proper benefits for their employment. She co-chaired the Michigan 4-H Centennial Celebration committee, celebrating 100 years of 4-H with a variety of events held throughout the year in 2002. Babbitt has been a generous donor to 4-H, the Michigan 4-H Children’s Gardens and was a supporter of the Kettunen Center. As such, she has been honored as a member of the Cornerstone Society. An accountant by training, she is retired from Babbitt’s Sports Center in Muskegon and has been an active 4-H volunteer leader in her community since 1969, where she served as both president and treasurer of the Muskegon County 4-H Council. 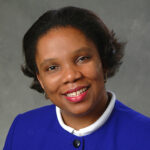 Cheryl D. Howell, of Lansing, was elected as honorary trustee. Howell provided leadership of the Michigan 4-H Foundation from 2004 to 2017, making her the second-longest-serving executive director. Under her leadership, the foundation’s endowment growth doubled, from $2.5 million to $5.2 million, and total liabilities and net assets grew from $7.8 million to $11.4 million. From 2017 until her retirement in Dec. 2021, Howell served MSU Extension in various capacity building positions. Previously, she served 14 years as the communications director for both the Michigan 4-H Foundation and Michigan 4-H Youth Development. She first joined the Michigan State University staff in 1988 as assistant director of development for the MSU College of Arts and Letters, MSU Libraries and Wharton Center. Her professional career also included time as a daily newspaper reporter, public relations director for Knoxville College and development and alumni affairs consultant for the State Technical Institute in Knoxville, Tenn. Howell remains a committed donor and advocate for Michigan 4-H, as such she has been honored as a member of the Cornerstone Society member and annually supports 4-H at the Platinum level.

The VANTAGE newsletter is published for members of the Michigan 4-H Foundation. The 2022 fall edition of VANTAGE features an new endowment for 4-H Exploration Days, trustee and officer elections and other program updates.