Anglers across the nation wondering why luck at their favorite fishing spot seems to have dried up may have a surprising culprit: a mine miles away, even in a different state.

Scientists at Michigan State University (MSU) have taken a first broad look at the impacts of mines across the country– and found that mining can damage fish habitats miles downstream, and even in streams not directly connected to the mines.

The work is published in this week’s issue of the journal Ecological Indicators.

“We’ve been surprised that even a single mine in headwaters might influence larger rivers miles downstream,” said Wesley Daniel, a research associate at Michigan State University. “Mines have a much stronger influence on fishes than has been assumed. It’s important, when considering the location of a new mine, to not just look local – but look way downstream.”

Mining occurs in every state for a variety of natural resources – such as coal, precious metals, pebbles, sand 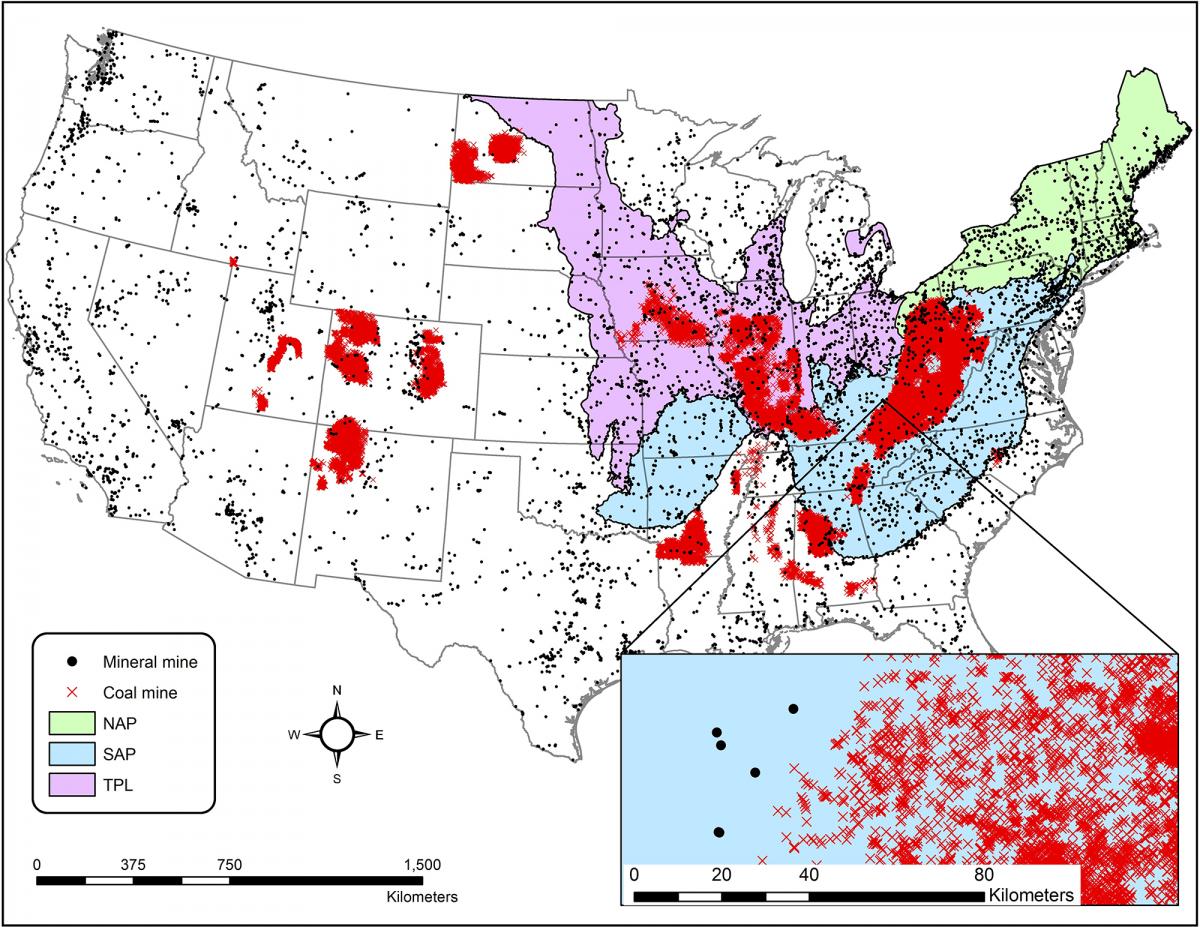 and salt. Mining disrupts the environment around it, Daniel said. It can add sediments and chemicals to rivers, alter the flow of streams, lead to fewer forests in headwaters, and compact soil - all of which can change fish habitats.

And what happens to the river or stream near the mine flows downstream and can wreak havoc on populations of trout or bass and the smaller fishes that they prefer, far from the mine’s location. The study looked at areas throughout the eastern United States typically known for mining, such as Appalachia, but also included areas where little mining research has been done, such as Iowa and Illinois.

Daniel works in the lab of Dana Infante, associate professor of fisheries and wildlife who studies the way landscape and land use affect water. Colleagues in her lab recently developed an algorithm capable of crunching the mountains of data that tell the connected stories of the nation’s streams and rivers.

That algorithm has allowed Daniel to take a long look at how extensive the effects of mines on rivers can be. His conclusion calls mines a “regional stress” and cites the example of pollutants from a mine in a headwater stream in Kentucky disrupting the breeding grounds of bass in Tennessee rivers.

While large rivers can dilute the damage a mine may do, the small streams that feed into a watershed may be much more fragile.

“The quality of headwater streams will determine quality of rivers,” Daniel said. “The condition of small streams that flow into larger rivers will affect downstream fish communities. Everything is cumulative -- again and again we can see that the effects of one mine can be associated with altered fish communities.”

Infante, Tsang, Esselman and Taylor are affiliated with the MSU Center for Systems Integration and Sustainability, an interdisciplinary research center that works in the innovative new field of coupled human and natural systems to find sustainable solutions that both benefit the environment and enable people to thrive.

The research was funded by the U.S. Fish and Wildlife Service and the U.S. Geological Survey.