Recent survey of Michigan bark and ambrosia beetles adds 23 new state records, including a few new pests to watch for.

Anthony Cognato, associate professor of Entomology at MSU and director of the A.J. Cook Arthropod Research Collection, directed a team effort to update the list of bark and ambrosia beetles recorded in Michigan using data from hand-collecting, trapping and museum records. Over 4,000 specimens were examined. The publication appears in the journal The Great Lakes Entomologist, vol. 42, pp. 101 – 120, 2009.

This small ambrosia beetle leaves a 1 mm diameter entrance hole, from which a thin column of frass may protrude (Photos 1-3). The black stem borer is known to attack 200 spp. of plants in 52 families with most of the hosts being hardwoods. They prefer small stems less than 2.5 inches in diameter. Newly transplanted trees are vulnerable. This beetle has been found in nurseries on apparently healthy trees. 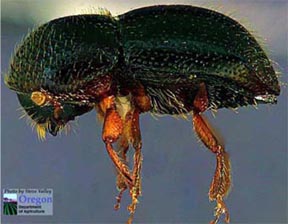 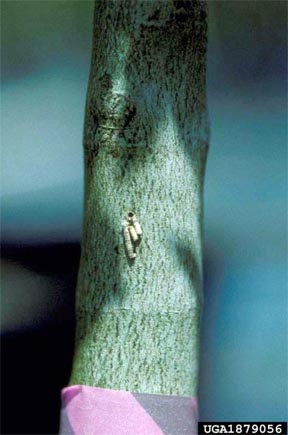 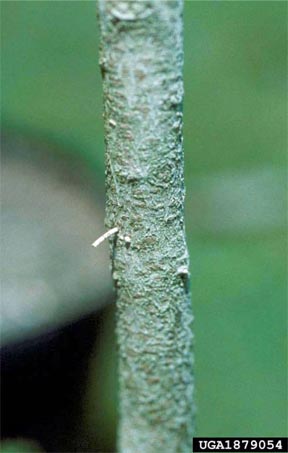 This ambrosia beetle is known as a pest of nursery and orchard trees in the southern United States, and may pose a threat in northern states as well (Photo 4). It breeds in a wide variety of trees and shrubs including Bradford pear, golden raintree, Kwanzan cherry, chestnut, pecan, dogwood and willow. The beetles attack the trunk of the tree and push frass out of their galleries, forming a typical “toothpick” (Photo 5). 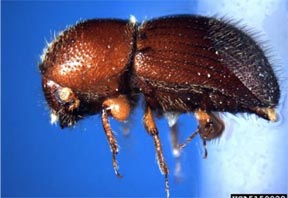 Photo 5. Toothpick-like frass columns made by the granulate ambrosia beetle.

In some western range states this insect is now the most abundant bark beetle on elms. It attacks drought-stressed and other weakened elms, and can vector Dutch elm disease (Photo 6).

Photo 6. The banded elm bark beetle has a dark band across the brown elytra (wing covers). 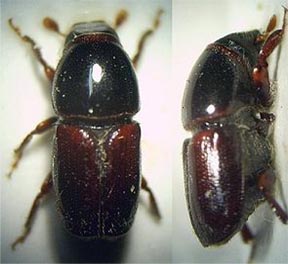 There is not much information available on this exotic ambrosia beetle. It was reported to attack older, but healthy, peach trees in South Carolina (Photo 8). 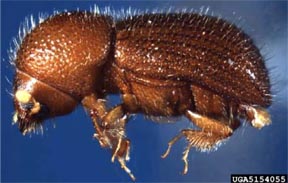