On April 28, 2014, the Michigan Commission of Agriculture and Rural Development adopted the 2014 update of the Generally Accepted Agricultural and Management Practices for Site Selection and Odor Control for New and Expanding Livestock Facilities (Site Selection GAAMP) creating a fourth category of livestock facility sites. This category applies to livestock facilities and livestock production facilities. Michigan’s Generally Accepted Agricultural and Management Practices (GAAMPs) are adopted under the Right to Farm Act (MCL 286.471 et seq.). For more about the reasons and background on this change, see Category 4 sites under the Right to Farm Act Site Selection GAAMP.

According to page 5 of the Sitting GAAMP, categories of livestock facility sites now are:

Category 4 sites for livestock facilities are further defined in the Site Selection GAAMP as:

“Category 4 Sites are locations that are primarily residential and are not acceptable under the Siting GAAMPs for livestock facilities or livestock production facilities regardless of the number of animal units. However, the possession and raising of animals may be authorized in such areas pursuant to a local ordinance designed for that purpose.”

In other words, small livestock facilities in “primarily residential” locations are not outright permitted under the RTFA or banned from those locations; rather the decision of whether or not livestock can be permitted at a given location is shifted from the state, with GAAMPs, to the local government to determine. A small livestock facility is defined as “less than 50 animal units.” An animal unit is the number of animals equivalent to one slaughter and feed cattle. Depending on the animal, 50 animal units is proportionate based on a number of factors. For example, 50 animal units means 125 swine, 500 sheep and lambs, 25 horses, 2,750 turkeys, 5,000 laying hens or broilers.

Essentially, the creation of a Category 4 site defines a geography where livestock facilities do not comply with the Site Selection GAAMPs and therefore do not earn Right to Farm Act nuisance protection and local ordinance preemption. There are an increasing number of local governments with primarily residential areas allowing the keeping of animals. Remember, the RTFA reads:

With the authority from the Site Selection GAAMP provided to local governments to regulate livestock facilities in primarily residential sites, there is no conflict with the RTFA.

The term “primarily residential” is defined in the GAAMP:

This definition does not define a zoning density measure; instead, it defines a density of non-farm residences or a threshold distance within which the presence of a non-farm residence triggers the distinction as a Category 4 Site. 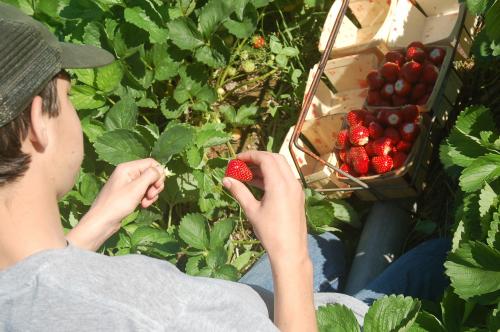 The Category 4 site provides an opportunity for local governments to accommodate small livestock production, while having the ability to prevent land use conflicts with reasonable standards.

There is not a single state-wide solution to addressing urban agriculture, so, the Category 4 site empowers some local governments to be able to accommodate small livestock farms. It is a response to the growing interest in urban agriculture, and the Commission’s attempt to balance concerns in residential areas where all livestock may not be appropriate. Win-win solutions are possible.

However, when a local government is approached by a member of the community, asking for ability to have urban farms and or small animal operations, it is important that the Michigan local government is open to talk about it or consider changes. One can expect different communities will do different things as a result:

For the first three situations above, as with any planning task, it will be important to involve many stakeholders early in the discussion and process (see Before settling for a public hearing, consider the continuum of public involvement). Not just the small farmer, but also the community’s farmers market manager, food co-op representative, chamber of commerce, the sewer system and storm sewer operator, local foods initiative group, traditional restaurants and retail grocers, the food bank, MSU Agricultural experts and the district soil scientist with USDA. Nearly every government will be able to think of more to involve. All of these people are important to involve so that all concerns – whether it is manure entering storm sewers, or the local foods initiatives—are at the table. Michigan State University Extension can help with this civic engagement, conflict resolution and facilitation.

It is important to note that, a livestock operation already existing and legally started under the former zoning, RTFA, and GAAMPs will be a nonconforming use and must be allowed to continue, even if it is in a Category 4 site.

Finally, it is normal, each year, for advisory committees to the Michigan Commission of Agriculture and Rural Development to review each GAAMP and update them so they continue to reflect best science and best practices for farm operations. Usually in January or February of each year, the Commission is adopting updated versions of the GAAMPs. Thus, local zoning authorities should expect revisions and changes to GAAMPs each year. Bookmarking the webpage where current GAAMPS are made available and regularly checking that webpage is wise.

In addition to this article, Michigan State University Extension articles focusing on a specific audiences and concerns include: