Note: This Fruit Cat Alert article is the first in a series of new articles focused on organic fruit production. The objective of these articles will be to present guidance for organic growers, or those considering transition, in using established products as well as novel pest management tactics currently under development at MSU and partner universities. Articles will be lead by Matt Grieshop, the MSU Organic Pest Management Specialist with contributions from other members of the tree and small fruit AOE. For information on current organic research projects underway in Matt's lab, visit www.opm.msu.edu.

Supplemental codling moth management is largely accomplished through the use of ovicides and larvicides. However, organically approved materials are limited to horticultural oils, codling moth Granulovirus and Entrust.® Because organic products are less effective than conventional products, they typically have less of a disruptive impact on natural enemies and native pollinators. Use of these materials requires precise timing.

Horticultural oils function as an ovicide by smothering codling moth eggs, so they are only effective on eggs that have already been laid. Furthermore oils can be potentially phytotoxic on some apple varieties under hot weather conditions and should never be applied within two weeks of application of sulfur products. Oils should be applied beginning at 200 GDD base 50 after a significant moth catch is recorded and can be repeated weekly until 450 degree days.

Granulovirus is a larvacide and should be applied beginning at 250 degree days after a significant moth catch is recorded. Granulovirus has a short residual, especially under hot summer conditions, and should be applied during the evening every five to seven days. In addition, to be effective, granulovirus should be targeted to coat eggs to ensure that emerging larva will ingest a lethal dose. Research performed at MSU suggests that more frequent applications at a low labeled rate are more effective than high rates applied less frequently. A major advantage of granulovirus for the organic grower is it is extremely specific to codling moth and will not disrupt natural biological control of other pests or resident native pollinators.

Entrust® (Spinosad) is also a larvacide and should be applied beginning at 250 GDD after a significant moth catch is recorded. Entrust® has a somewhat longer residual than granulovirus, with reapplications made every seven to 10 days. While Entrust® has been shown to be an effective management tool, it is also not species specific, and is toxic to many natural enemies and native pollinators. For this reason, Entrust® should be reserved for use in orchards experiencing high populations of CM and, when possible, rotated with granulovirus.

Entomopathogenic nematodes (EPN) are an additional OMRI approved late season codling moth management tool that is being researched at MSU. Entomopathogenic nematodes target mature codling moth larvae as they spin their cocoons prior to pupating and emerging as adults, and should be applied between 800 and 1,000 GDD for the first generation and in late August after larvae have exited apples (approximately 2,100 accumulated GDD from first biofix) for the second. Applications should be made in the evening immediately following a rain event or irrigation, as EPN need high soil moisture to be effective. Applications can be made with a standard blast sprayer with the following modifications: filters and screens should be removed, and only nozzles pointed at the lower trunk and dripline should be used. Currently, EPN are very expensive and much of the research at MSU is focused on whether they might be used as an occasional "clean up" application in heavily infested orchards to lower populations between generations and from one year to the next, particularly helping lower populations in orchards transitioning to certified organic production. Entomopathogenic nematodes may also impact plum curculio and apple maggot populations but to what level has yet to be determined.

Late season sanitation is also important for organic management of CM. Prunings, bins, and props left in the orchard all provide overwintering habitats for CM and properly managing overwintering habitats can reduce next year's problem. If possible, store bins and props outside of the orchard. Remove and burn prunings and any other wood in the orchard. Management of "drops" during the summer or fall may also help remove habitats important to CM and other pest species. 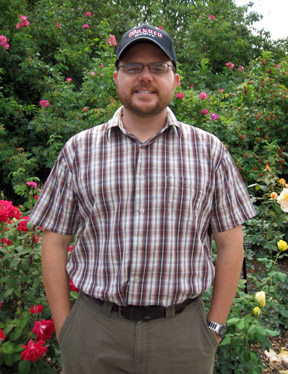