The study points to a path going beyond pandas to even more benefits of conservation.

“Hidden roles of protected areas in the conservation of biodiversity and ecosystem services” was published in this week’s journal Ecosphere.

“Sometimes unintended consequences can be happy ones – and give us ways to do even better as we work toward sustainability,” said Jianguo “Jack” Liu, MSU’s Rachel Carson Chair in Sustainability and director of Center for Systems Integration and Sustainability (CSIS). “Pandas are leading us to even greater ways to care for nature and health of humans and the planet.”

Many of those answers came from above. Andrés Viña specializes in remote sensing – carefully examining tree cover from satellite images. A big part of conservation in China has been restoring and protecting forests. Over several decades, the government there has introduced sweeping programs to convert farmlands back to forests, ban logging and harvesting of wood products and replant acres of trees.

What Viña and Liu discovered in analyzing data was that not only are the forests in the reserves thriving, and in ways that benefit more than the iconic pandas.

“Reserves are created thinking about the pandas – but we wanted to see if they provide more benefits than just the pandas,” Viña said. “A lot of work is focused in regards to the pandas, but we wanted to ask about other animal and plant species. How are these nature reserves doing for biodiversity and for carbon sequestration?”

The answer: Extra points scored for benefits to both people and the environment. The forests inside reserves, and in areas outside the reserves’ borders, are providing critical canopy materials – the leaves and branches – that soak up carbon dioxide, a greenhouse gas which contributes to climate change.

Forests outside of reserves, the study shows, are often growing faster than in the reserves. But that isn’t a downfall of reserves, Viña said. Rather, reserves usually had a head start in forest preservation, and in many cases have reached their maximum growth and density. 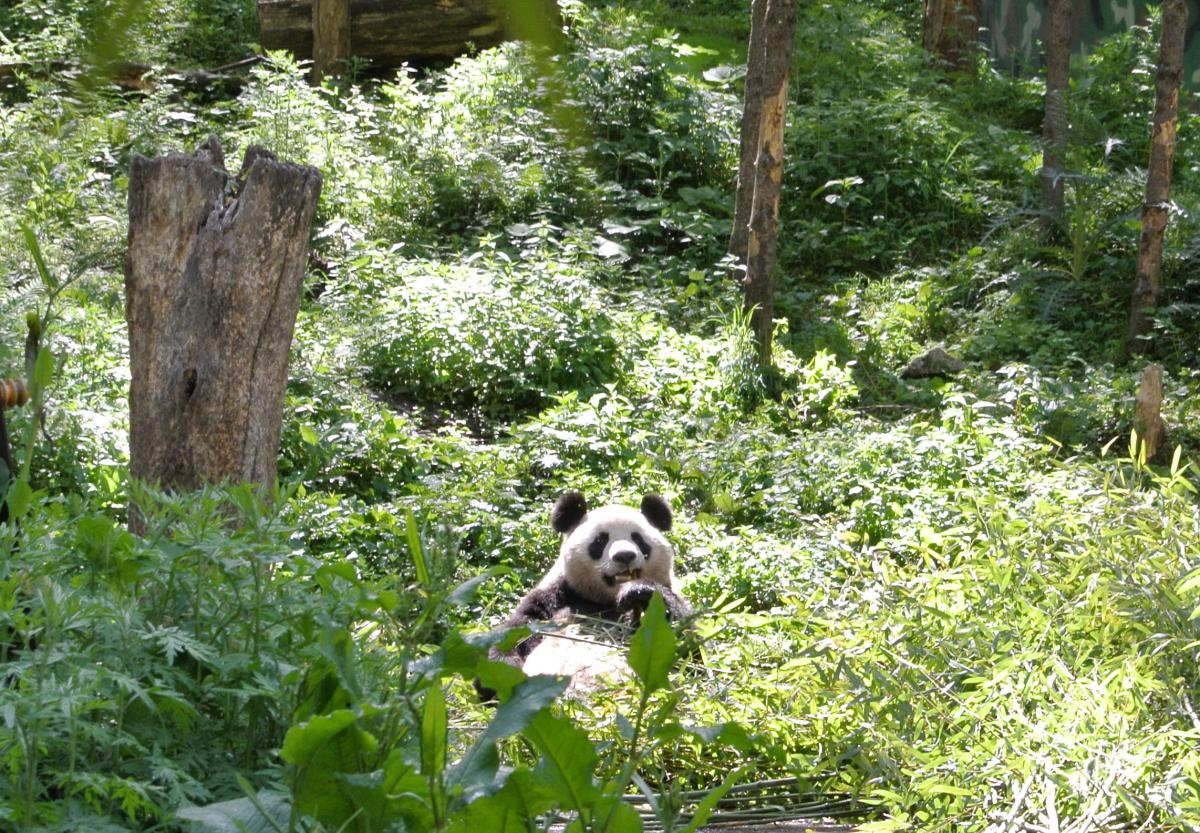 Many of those forests come with an understory rich with bamboo – a necessity for pandas. The study notes that the types of forest present opportunities to improve. In some areas, the original goal of reforestation was to retain soil and water. That meant planting fast-growing conifers close together. Years later, that strategy has blocked the sun from reaching the ground, suppressing plant diversity – and not much bamboo.

Viña said in the future it would be good to allow more spacing between planted trees and include different varieties to allow for more robust forests. The researchers also discovered that forests in lower elevations – areas not generally targeted for panda habitat – are not being protected in the same way.

“We are seeing efforts that are moving in the right direction and showing positive results for nature and for humans,” Viña said. “Now it’s time to continue those efforts, and fine tune them to continue to get even more benefits.”

The research was supported by the National Science Foundation.