Pandas may belong to a movement category all their own.

When it comes to body clocks, pandas are the rugged individualists of the forest.

The research team led by scientists at Michigan State University (MSU) that has spent years getting unprecedented peeks into panda habits courtesy of five animals with GPS collars has learned their daily routines fall out of the ordinary.

But Jindong Zhang, a research associate in MSU’s Center for Systems Integration and Sustainability, found that pandas may belong to a category all their own. His colleagues have been studying the data that has poured from the advanced GPS collars on five pandas in the Wolong Nature Reserve in southwestern China. The results are featured in this month’s Journal of Mammalogy.

Zhang mapped how active the pandas were across 24-hour periods and across seasons. He found that there 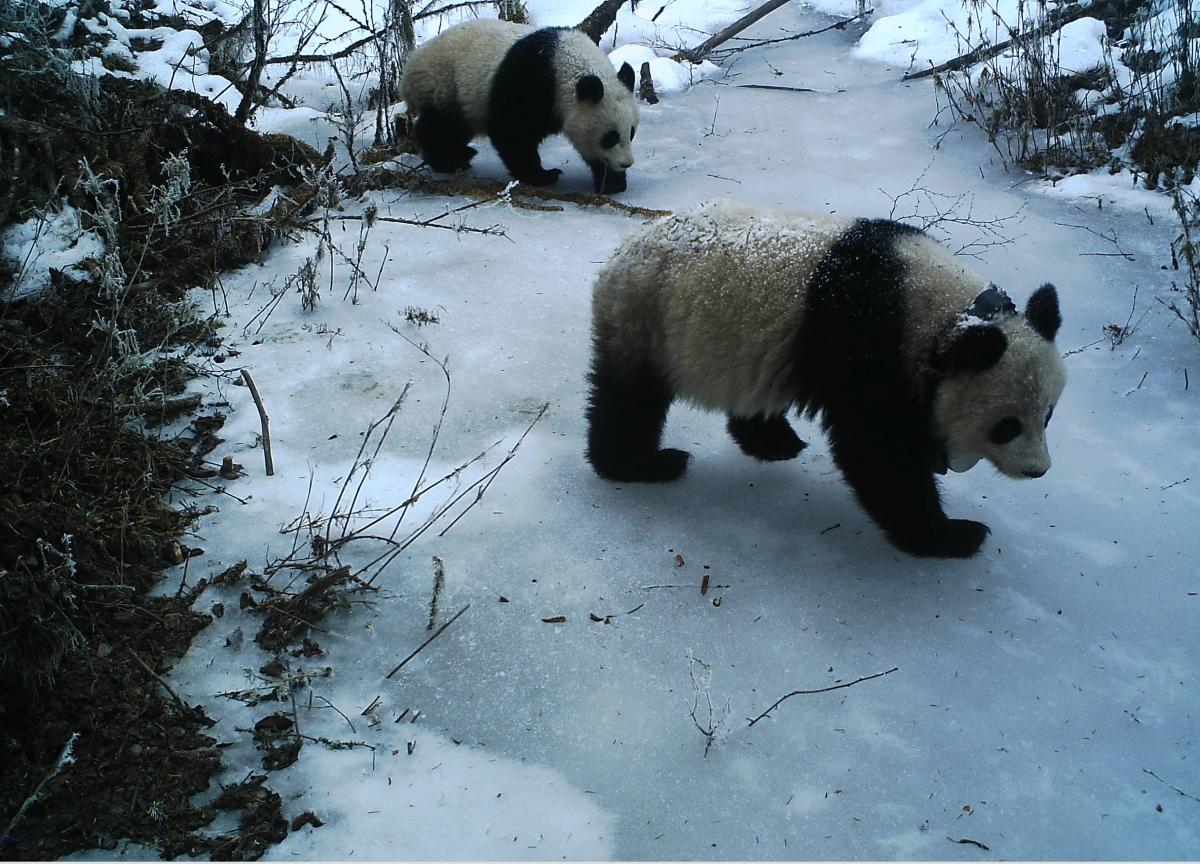 were three activity "peaks" throughout the day - in the morning, afternoon, and midnight.

"We cannot simply say the panda is a crepuscular creature. Giant pandas show complex activity patterns that are closely related to food quality and water availability,” Zhang said. “They need to eat food more frequently, such as at midnight, since the nutrition quality of bamboo is low. The study of the activity patterns of pandas opens a door to discovering the unique adaptations of pandas to their environment."

The researchers think that the pandas’ unusual diet may account for what apparently is an extra burst of activity. Pandas eat only bamboo, yet digest less than 20 percent of what they consume. Vanessa Hull, a co-author on the paper, thinks this new insight into their movements fits into the pandas’ unique place in the food chain.

“Many herbivores have a kind of crepuscular foraging strategy because they want to avoid predators and/or humans that are usually active during the day, so they eat as much as they can at dawn and dusk,” Hull said. “But with pandas, they don't have any major predators, so they can afford to adjust their activity patterns to their own schedule and not worry about running into something that would eat them. It is just interesting to see that they take advantage of this.”

A unique look at panda life

The Chinese government is protective of its endangered pandas and for more than a decade banned putting GPS collars on them. While a handful of studies have tracked some, this is one of the first times technology has been used that provided more detail on the pandas’ movements and how they interact with one another over time.

Studying activity patterns reveals more than just knowing when an animal sleeps or eats. It also reveals insights into behavioral theory and about how animals respond to their own unique ways of getting the resources they need, and responding to pressure from predators.

This study also notes that pandas are more active in the spring – a confirmation of earlier work that could be a response to the availability of high-quality umbrella bamboo, or a reflection of the pandas moving to the sweet songs of mating.

And Hull noted a sweet little data bonus: Being able to see the data unfold showing a pregnant Mei Mei being especially active in the spring before she gave birth, as if storing up energy, then hunkering in with less activity after the cub’s arrival in the fall.

“It was neat to see this process unfold in the data over time,” Hull said.

In addition to Zhang and Hull, the paper “Activity patterns of the giant panda” was written by Jianguo “Jack” Liu, the Rachel Carson Chair in Sustainability and CSIS director and CSIS doctoral student Hongbo Yang, as well as Jinyan Huang, Rengui Li, Dian Liu,Yan Huang and Hemin Zhang of the China Conservation and Research Center for the Giant Panda in Wolong; and Weihua Xu and Zhiyun Ouyang of the State Key Laboratory of Urban and Regional Ecology, in the Chinese Academy of Sciences.

The research was funded in part by the National Science Foundation and NASA.

Livestock found ganging up on pandas at the bamboo buffet

ECOLOGY AND SOCIETY -- Feedback of telecoupling: the case of a payments for ecosystem services program

Pandas and People - Coupling Human and Natural Systems for Sustainability

Researchers give long look at who benefits from nature tourism

Pandas aren’t out of woods yet – forest wisdom still critical