Phytophthora can blight your peppers and your profits

Phytophthora blight is a destructive disease of pepper that causes significant annual losses in Michigan. The primary symptom observed on Phytophthora-infected plants is wilt and plant death. Infected plants may have brown and rotted roots and necrosis at the crown and lower stem can occur at advanced stages of disease.

The pathogen produces an overwintering spore (oospore) that survives long term in soil and allows Phytophthora to persist in fields. When environmental conditions are favorable for plant growth, the oospore can germinate and infect crops. Sporangia and zoospores form on infected plants and are responsible for pathogen spread, especially during warm and rainy conditions. 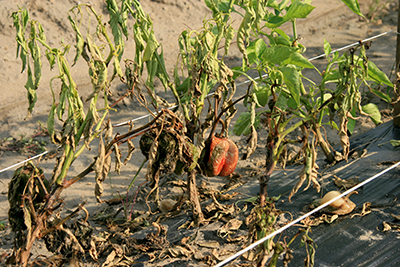 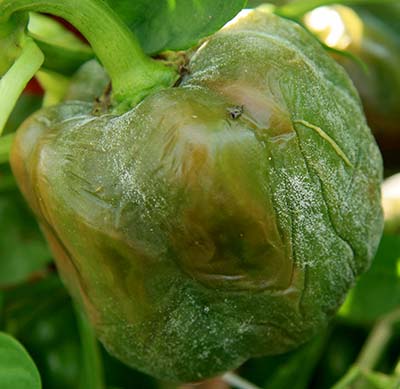 ‘Turnpike’ pepper was released as a result of the trial and was notable for its resistance and large fruit size compared to the other resistant cultivars. ‘Archimedes’ and ‘Paladin’ also performed well in the trial (see table).

Growing Phytophthora-resistant peppers can reduce the number of fungicide applications necessary per season, but depending on the level of Phytophthora in the field, the resistance may not be effective enough to protect the plant for the entire season.