There’s no such thing as oversharing in conservation

Social gadflies in an organization are the new superheroes of conservation, according to a study in this month's Nature Sustainability.

Conservation globally has received a boost from the United Nation’s Sustainable Development Goals, placing new emphasis on, and opportunities for, support for the world’s flora and fauna. Yet even as environmental non-governmental organizations (ENGOs) like The Nature Conservancy prepare to rise to the challenge, they face size issues. Specifically, their own

Many ENGOs are vast and international, making it challenging to put innovations into action. Bring in social scientists to figure out who best is positioned to push good ideas out and garner support. Organization-savvy researchers at Michigan State University (MSU) teamed up with Nature Conservancy researchers to test the system.

“We helped conceptualize how to analyze and leverage the social network administrative data for diffusion,” said Ken Frank, MSU Foundation Professor of Sociometrics. “What we found were the people in an organization that are four times more likely to diffuse information.”

In other words, they struck organizational gold.

The group, led by Yuqing Liu, an MSU PhD student, and Yuta Masuda, a senior sustainable development and behavioral scientist at The Nature Conservancy, were focusing on people known as informal boundary spanners, those in an organization who may be more receptive to new information, and share it with co-workers regardless of what department they’re in, or what project they work on. They span boundaries.

The Nature Conservancy had expanded Conservation by Design (CbD), its guiding science principles and strategic framework for its work across the globe. The new version ramped up an emphasis on connections between people and nature, opening the door to more systemic changes. It also posed a question on how best to get that information out effectively to its thousands of staff.

“Imagine you need 80 staff to volunteer in distributing information to their colleagues," Liu said. "You need to 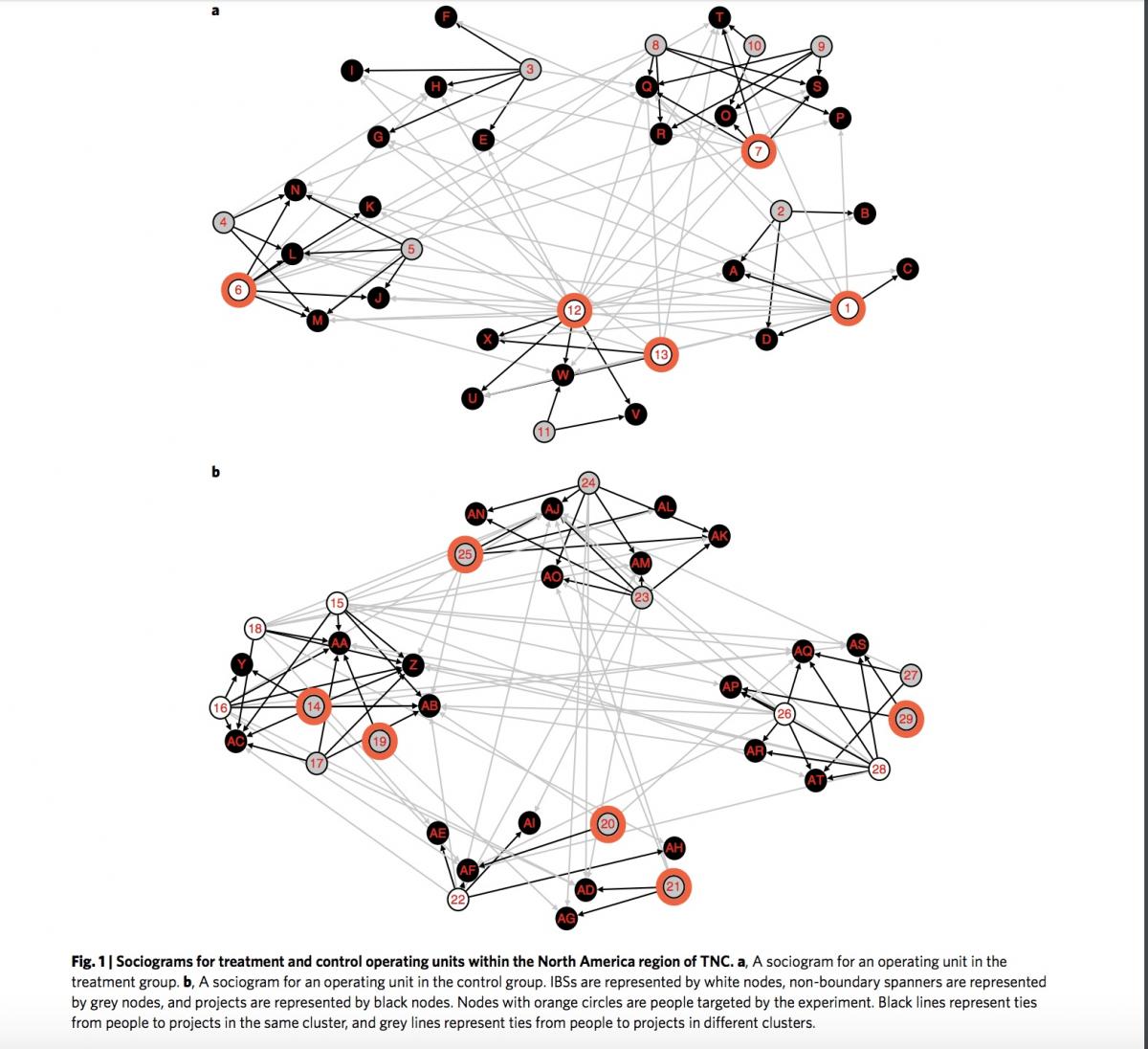 ask 100 boundary spanners, 80 of them will just go ahead and share the innovation. But you will have to reach 400 non-IBS staff to have 80 people willingly spreading the information with their co-workers. This is a big difference when looking at a large scale.”

In recognition of a complex and intertwined world, many global agendas are increasingly integrated. Many organizations are now tasked with incorporating, adapting, and adopting new ideas and tools to address ambitious policy problems. But resources are finite, and organizations are eager to do so efficiently and effectively.

Masuda said that a simple, but perhaps inefficient method, would be to mandate adoption. This study demonstrates how administrative systems can create an understanding of informal networks within organizations, and then be used to identify theoretically important actors.

In addition to Frank, Liu and Masuda, “Innovation diffusion within large environmental NGOs through informal network agents” was written by Sheila Reddy, Kyle Burford, Jonathan Fisher, Jensen Montambault. The work was supported by the David and Lucile Packard Foundation. Frank is a member of MSU’s Center for Systems Integration and Sustainability.

Behind the Paper blog