Tigers, pandas and people a recipe for conservation insight

The first big revelation in conservation sciences was that studying the people on the scene as well as nature conservation was crucial. Now, as this science matures, researchers are showing that it’s useful to compare apples and oranges.

Or, more accurately, tigers and pandas.

In this week’s journal Ecology & Society, Michigan State University scientists show that useful insights and ways of scrutinizing wildlife and their habitat can be found in unlikely places. They compare the Wolong Nature Reserve in southwestern China, home to about 150 wild endangered giant pandas, and the Chitwan National Park in Nepal, which shelters 125 wild endangered tigers. 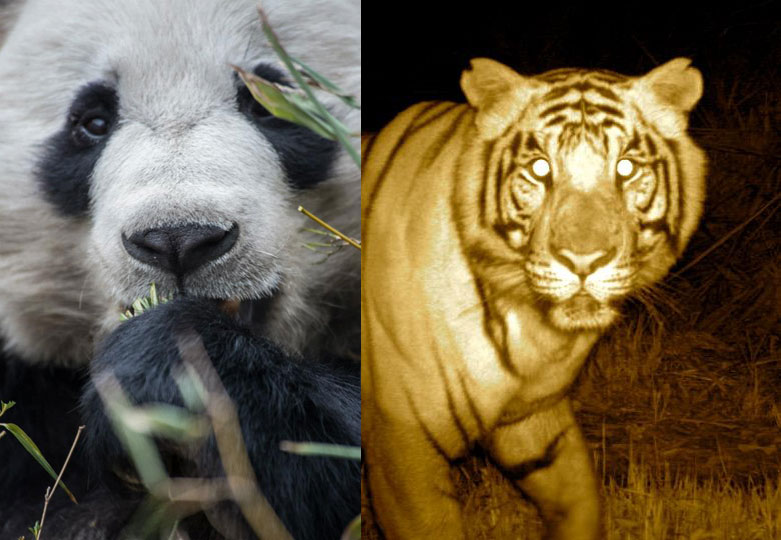 “People and wildlife are tightly coupled human and natural systems,” said Jianguo “Jack” Liu, Rachel Carson Chair in Sustainability at MSU. “Over many years, interdisciplinary studies on pandas, tigers and the people who live amongst them are revealing some universal truths about conservation around the globe.”

The lead author is Neil Carter, who did his doctoral work at MSU’s Center for Systems Integration and Sustainability (CSIS) studying tigers in Nepal. CSIS also is known for two decades of work understanding how pandas and people coexist in Wolong.

This week’s paper has Team Panda and Team Tiger essentially comparing notes on the academic frontier. They show that it isn’t always necessary to reinvent a methodology that works. Wildlife researchers and conservation practitioners in Nepal can keep a framework of coupled human and natural systems built for use in China in their back pocket as a useful starting point. The paper also highlights how research on conservation efforts is becoming more refined and sophisticated by considering broader social concepts, such as community networks and social norms.

“For people interested in wildlife research and conservation, there’s an increasing awareness of the need to go beyond biology and ecology to incorporate insights from various other disciplines, like social psychology and economics. We know it’s important, and now we’re saying “here’s a good way to do it,’” Carter said. “The idea is that you have to be proactive and understand the dynamics in your system of interest, which also means understanding other systems.”

Both of these biodiversity hotspots have deep and complex links with the humans that also depend on rich but finite natural resources. Wolong is home to approximately 5,000 human residents, and conservation policies represent a constant struggle to balance the residents’ need to eke out a living with the pandas’ full reliance on a specific lifestyle that centers on vast access to bamboo. 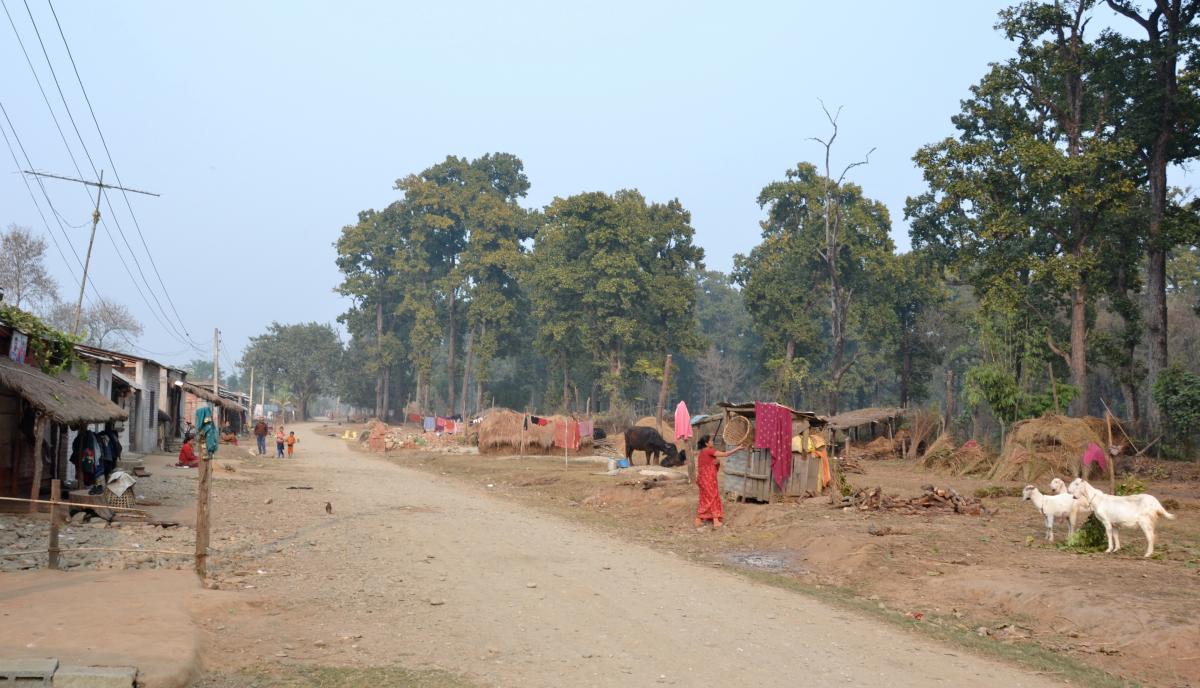 Nepal’s national park has no residents, but the people living on its borders do venture inside to use its resources. In Chitwan, the borders are porous both ways. Tigers can venture out to attack livestock, and also can pose a threat to the people who walk through the woods.

At the framework’s core is an understanding of how conservation efforts not only directly affect wildlife but also affect people, because that in turn can have a significant effect on the wildlife. On the surface, pandas and tigers seem to have different impacts. Pandas eat bamboo. Tigers sometimes eat livestockâ€¦ and even people, though rarely. Both of these animals bring advantages too, which range from the tangible, such as attracting tourists, to more esoteric benefits such as spirituality and national pride.

But the authors note that issues of telecoupling processes such as tourism and migration can loom large in many flagship nature reserves, as do issues of how policy is executed, and how the people living in and around the reserves behave. Giving scientists a framework to compare similar dynamics makes for more meaningful information for those developing and applying wildlife conservation policy.

“Much of things one learns on one site trickles to other sites,” Carter said. “For instance, we’ve seen that how much responsibility local people have to monitor and manage a forest tract is significant. Nepal took the lead in experimenting with ways to have people manage their forest. Now that’s being tried in other places. “You won’t get one answer. You get different points of view – and that’s important.”

Carter is now a research associate at the National Socio-Environmental Synthesis Center in Annapolis, Md, and Princeton University in New Jersey.

The research was funded by the National Science Foundation, the U.S. Fish and Wildlife Service Rhinoceros and Tiger Conservation Fund, NASA’s Earth and Space Science program, and MSU AgBioResearch.

Pandas and tigers and talk... oh my!