The Michigan 4-H Foundation Board of Trustees recently elected two former trustees as trustee emeritus and honorary trustee. Trustees Emeriti and Honorary Trustees may attend and participate in all meetings of the board with ex-officio status. 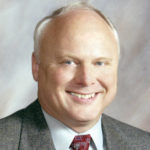 Ronald H. Schoen, Okemos, was elected to join nine others as trustee emeritus. Schoen served as a trustee for nine years, from 2007 to 2016, including treasurer from 2010 to 2016. He served as a member of the finance committee before assuming leadership as chair in 2010. He represented Accident Fund Holdings on the board until he retired as executive vice president and CFO in 2011. He served as advocate for support from Accident Fund during his tenure as trustee. Schoen, and his wife, Jeannie, have been annual leadership donors and also serve as members of the Leadership 10 providing support and advocacy for the Campaign for Michigan 4-H’s Future. 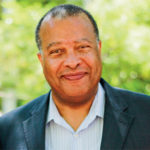 Michael J. Tate, of Pullman, Wash., was elected honorary trustee – an honor bestowed upon former permanent trustees who have made contributions that significantly advance the 4-H movement in Michigan. Tate served as state 4-H leader and assistant director of MSU Extension for 10 years. His tenure represented some of the highest revenue years for the Michigan 4-H Foundation. After 26 years with MSU Extension, Tate became professor of human development and associate dean and director for Washington State University (WSU) Extension. In 2010, he became WSU’s chief diversity officer until retiring in 2014 as professor emeritus in the department of human development. He and his wife, Winifred, remain annual donors to Michigan 4-H and serve as members of the Leadership 10.

The VANTAGE newsletter is published for members of the Michigan 4-H Foundation. The 2017 fall edition of VANTAGE features trustee elections, match commitments, influential partners, legacy gifts and much more.