The signing of the Smith-Lever act in 1914 authorized the creation of the Cooperative Extension System. One hundred years later, Van Buren County board of commissioners and Extension personnel gathered to celebrate 100 years of service.

Van Buren Extension Educators have been hard at work since the beginning. A photographic history of extension educators hangs in the Van Buren office with the first photo dating as far back as 1916. Michigan State University Extension and the Van Buren County Board of Commissioners gathered to  celebrate the 100th Anniversary of the Smith-Lever Act of 1914 with cake and an overview of local extension history.

Ginger Hentz, District 13 Coordinator, opened the evening with a brief introduction about the significance of Extension in Van Buren County followed by a presentation illustrating historic events that have taken place over the course of 100 years. Listed below are a few interesting facts about Extension education in Van Buren County:

The Anniversary celebration was well received, leaving those that attended looking forward to what the next 100 years will have to offer. 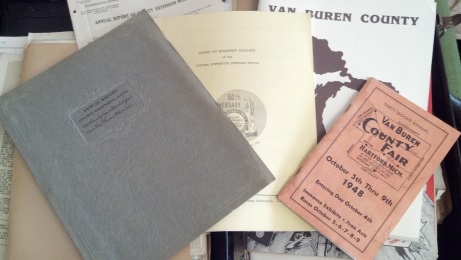 We opened our storage closet and 100 years of extension fell out. Above is a copy of the 1929 annual report depicting the official adoptionof extension as a permanent county department. 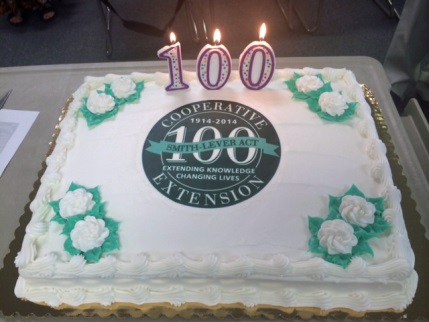 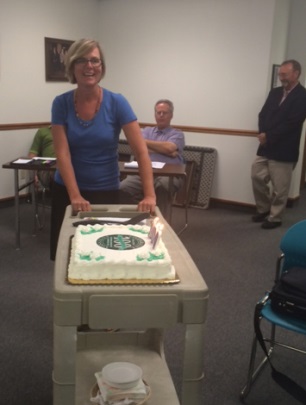