Webinar: The Rise of Medium-scale Farms in Africa

Updated from an original article written by Thomas Jayne. 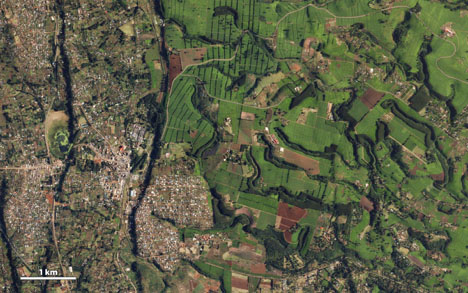 See article on this topic in The Economist

ABSTRACT
Medium-scale farms (defined here as farms between 5 and 100 hectares) has increased over the last decade to control roughly 20% of total farmland in Kenya, 32% in Ghana, 39% in Tanzania, and over 50% in Zambia. The numbers of such farms are growing rapidly, except in Kenya. The rapid rise of medium-scale holdings in most cases reflects increased interest in land by urban-based professionals or influential rural people associated with rapidly rising urban population growth and demand for food in Africa. This suggests a new and hitherto unrecognized channel by which medium-scale farmers may be altering the strength and location of agricultural growth and employment multipliers between rural and urban areas. Given current trends, medium-scale farms are likely to soon become the dominant scale of farming in many African countries. About half of these farmers obtained their land later in life, financed by nonfarm income. Ironically, well-educated, relatively older urban-based people with access to finance are investing in farming at the same time that much greater numbers of poor rural young people are leaving farming. The combined effect of this two-way flow of labor and capital is a fairly rapid shift in the size distribution of farms, especially in countries experiencing rapid farm to non-farm employment shifts. The rise of medium-scale farms is affecting the region in diverse ways that are difficult to generalize. Many such farms are a source of dynamism, technical change, and commercialization of African agriculture. However, medium-scale land acquisitions may exacerbate land scarcity in rural areas and constrain the rate of growth in the number of small-scale farm holdings. Medium-scale farmers tend to dominate farm lobby groups and influence agricultural policies and public expenditures to agriculture in their favor. Nationally representative Demographic and Health Survey (DHS) data from six countries (Ghana, Kenya, Malawi, Rwanda, Tanzania, and Zambia) show that urban households own 5–35% of total agricultural land and that this share is rising in all countries where DHS surveys were repeated.