When the world's hyperconnectivity impacts sustainability

As science identifies more and more connections between important -- but often seemingly unrelated -- phenomena that span the globe, it's showing us how tightly wound the Earth is. Indeed: the drivers of climate change, food security and wildlife conservation wrap around the globe like stitching binds a baseball.

Science is increasingly revealing that every stitch that connects the Earth may represent an environmental and socioeconomic impact that affects humans and nature globally; events in one corner of the globe may impact people and habitats in another far corner, and each event tears a bit at the stitching.

And today’s hyperconnected world--one in which news, goods, services, market trends and rumors bounce back and forth across great distances at unprecedented speed--is even changing science itself. Jianguo “Jack” Liu, Rachel Carson Chair in Sustainability at Michigan State University (MSU), has been leading an effort to wrangle the many forces that make or break global sustainability. Liu and colleagues across the globe are making a case that biology, forestry, geography or social sciences are no longer isolated, lone fronts on which huge challenges are fought. The battle for sustainability must be simultaneously waged on many fronts.

What’s more, change moves faster than ever before, with unintended consequences springing up in unexpected places. So today’s solution is often tomorrow’s disaster. 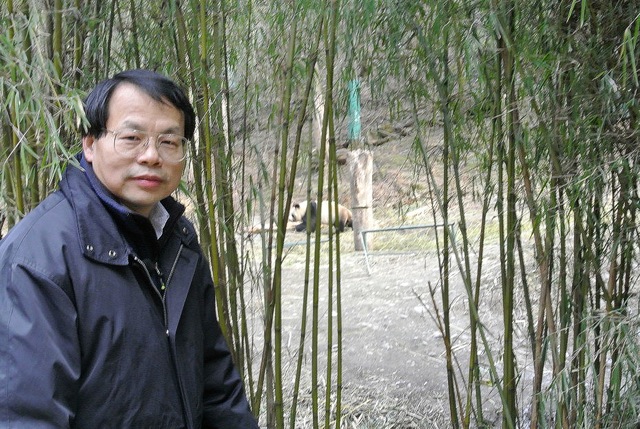 Liu created the concept of “telecoupling” in 2008. It refers to a research approach that may be used to help address interactions between socioeconomic and environmental phenomena--as distinguished from more traditional approaches that usually address phenomena solely from an environmental or socioeconomic perspective. Telecoupling is designed to offer a detailed, integrated way to help scientists understand complex interactions.

The types of complex interactions addressed by telecoupling may, for example, involve expansive events, such as a disease outbreak that unfolds with epic economic, social and environmental impacts. Alternatively, telecoupling may address interactions between two disparate--but not necessarily geographically distant--environments, such as a coastal and sea environment. Interactions between these environments might, for example, be important to research on lobster ecology and lobstering practices and markets.

“Telecoupling is complex and may seem to be overwhelming, but you do not have to take on telecoupling by yourself in one project,” Liu said. “The telecoupling framework enables you to connect with other researchers’ work or your future work.”

Telecoupling is not to be confused with the so-called “butterfly effect”--whereby a small change in one place might produce large impacts in a distant place at a much later time, as demonstrated by the theoretical example of the flapping of a butterfly’s wings ultimately triggering a distant hurricane weeks later.

As an integrated way of making sense in a more interconnected world that moves at a faster pace, the new concept of telecoupling was here to stay by early 2011. At the American Association for the Advancement of Science 2011 Annual Meeting, the 2012 Strungmann Forum in Germany, and the 2013 meeting of the Ecological Society of America, scientists joined to show how the telecoupling concept is growing from a novelty to a useful tool for helping to explain how the world works.

In March, scientists at the Global Land Project conference in Berlin talked about land use being telecoupled as “Chinese pork is raised on Brazilian soy; European companies selling deodorant adopt zero-deforestation policies for the palm oil they buy from Indonesia in response to U.S. NGO pressure,” a blogger from the Union of Concerned Scientists observed.

In April, Liu gave lectures about telecoupling and global sustainability at the invitation of the NSF-funded National Socio-Environmental Synthesis Center, Duke University, and University of Michigan.

In May, Liu delivered a plenary talk about telecouplings at the conference of the U.S. Regional Association of the International Association for Landscape Ecology in Alaska. While at the conference, he also mentored 15 emerging scholars (supported by the NASA-MSU awards program) on a range of telecoupling issues, such as disease spread, species invasion, tourism, and trade.

Also in Spring 2014, the international and interdisciplinary journal Ecology and Society named “Framing Sustainability in a Telecoupled World” the best paper in 2013.

“We need an umbrella concept such as telecoupling to capture all different kinds of connections among human and natural systems in different areas,” Liu said. “It will help us more systematically understand connections between different regions, and develop more consistent and comprehensive policies to help protect the environment and benefit the people.”

In its purest form, telecoupling is the language of complex, interdisciplinary science – of modeling global connections, of properly evaluating flows and feedbacks, agents, causes and effects across distances and over time.

Liu suggests that as people across the world recognize that their actions, individually and in aggregate, do affect conditions in distant places, the term telecoupling may find its way into conversations about how humans and nature struggle to exist.

“One policy, one natural event, one market shift--may cause a cascade of events that resonate all over the globe,” Liu said. “We need a tool--and we need language–-that allows us to understand these distant interactions.”

As it turns out, baseball provides a pretty good analogy for telecoupling. So the next time you see a U.S. major leaguer batting about a baseball, you will probably be seeing telecoupling in action: After all, the baseball you’re watching was probably hand-stitched in Costa Rica, using leather from Tennessee and wool from New Zealand. A crew of ecologists, geographers, economists and others could be kept very busy determining how the game was influenced by issues involving the labor, transportation of goods, trade, and environmental impacts associated with the production of the baseball.

That could make telecoupling a home run.

SCIENTIFIC REPORTS -- Climate variability and trends at a national scale