The possibility that a potential toxin will affect a species depends on its digestive system and eating behavior. Ruminants are less likely than horses to be affected by certain toxins because of their ability to ferment feed in the foregut prior to absorption. This minimizes the harmful effects of some toxins. Horses, on the other hand, may be more likely to select against some toxic feeds on the basis of smell and palatability.

Fungi (molds) can produce toxins (called mycotoxins) that are harmful to vertebrate animals. Around 300 mycotoxins are currently identified, and it’s certain that many more are present in nature. Horses can be exposed to mycotoxins in their feed as well as bedding. A warm, moist environment is ideal for mold reproduction. Plants in the field may be more susceptible to mycotoxin contamination after drought when rains and temperatures produce a conducive environment on already stressed plants.

The mycotoxin fumonisin can infect the corn kernel. When ingested by a horse in significant amounts, fumonisin causes a neurological condition in horses, equine leukoencephalomalacia (ELEM), also known as moldy corn disease. ELEM causes degradation of the white matter of the equine’s brain, with symptoms including blindness, incoordination and death. Fumonisin-contaminated corn is more prevalent in states with warm, humid climates during the growing season. Horses will readily eat contaminated corn because the fumonisin toxin doesn’t decrease the palatability of the corn. Most horses diagnosed ELEM were contaminated with corn byproducts such as corn screenings. The FDA recommends that corn and corn byproducts used in horse feed should contain less than 5 parts per million (ppm) of fumonisins and make up no more than 20 percent of the dry weight of the total ration. In addition, the FDA recommends that corn screenings NOT be used in equine diets. Fumonisin can be detected in the field, but it tends to be localized and thus can be overlooked in field checks. Therefore, corn should be tested for the presence of fumonisin before being used in equine diets. 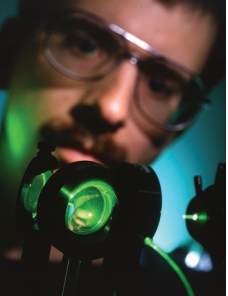 Endophytes are molds that live inside other plants. Endophytes present in tall fescue and ryegrass produce mycotoxins that are toxic to equines. Endophyteinfected fescue hay can cause reproductive problems resulting in dystocia (foaling difficulties) and poor milk production. It is recommended that broodmares not be fed endophyte-infected fescue, either in the pasture or in hay, beginning with their third trimester of gestation.

Consumption of endophyte-infected ryegrass can cause blind staggers in horses. Blind staggers manifests as trembling and stumbling in the horse. Horses improve rapidly when taken off the contaminated feed. It is advisable to use endophyte-free seeds when planting either tall fescue or ryegrass pastures to prevent endophyte infection. Most modern seed varieties are endophytefree. Endophyte toxicity may be an issue in older pastures, and endophytes can travel from plants and infect other similar plant species.

Binding agents are relatively new products that can be fed to reduce the harmful effects of mycotoxin ingestion. They work by binding the mycotoxin in the gut so that it cannot be absorbed into the blood, rendering the toxin harmless as it passes through the gastrointestinal tract and out in the feces. Binding agents are made of some clays and the cell walls of yeast. Though binding agents haven’t been approved by the FDA for use in the United States, they are approved for food animals in other countries.

Other problems associated with moldy feed and hay

Moldy or spoiled hay and feed can cause colic symptons in horses. Given a choice, most equines will avoid moldy hay and spoiled grain. However, if their diet is fairly restrictive, they may eat moldy food they normally would leave. In addition to colic, mold spores in hay can also contribute to chronic obstructive pulmonary disease, also known as heaves. It is usually recommended that horses with heaves be fed a complete pelleted feed ration or pasture rather than hay. 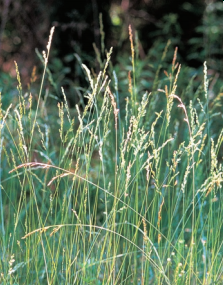 Hay that is baled wet or stored in a damp, warm environment is at risk for producing mold. Red clover hay is at an increased risk of dust and mold because it is extremely difficult to bale dry. In addition, grains stored in airtight containers or in moist, warm environments are prone to mold and spoilage. Hay and grain should be stored in a dry environment with good air circulation. In addition, feed should be examined visually and smelled before each feeding to detect any spoilage or mold growth that might have occurred. 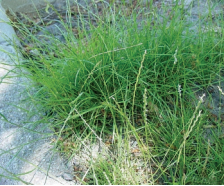 Ionophores are present in antibiotics that are fed to cattle and poultry. Ionophores include monensin (Rumensin) and lasalocid (Bovatec), which are fatal when consumed in small amounts by equines. Equines should never be fed feed containing ionophores. Equine exposure to ionophores can occur accidentally if the same containers that contained ionophore feeds are used for equine feed. Horses have died when fed equine feed from bags that once held ionophore-containing feeds. Many feed mills that process large amounts of equine feed will not process feeds containing ionophores to prevent accidental contamination. 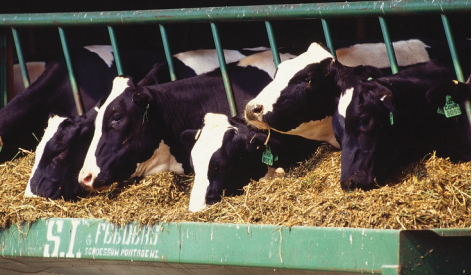 Botulism is caused by exposure to the bacterium Clostridium botulinum, which can be present in the soil or in decaying plant or animal tissue. Horses have increased risk of botulism when fed corn silage or haylage that is improperly processed and stored. Basically, the wet ter the feed, the more at risk a horse may be to botulism. For this reason, lawn clippings should never be fed to horses! Haylage can be fed safely to horses if it’s properly prepared and stored. In fact, haylage is commonly fed in countries where environmental conditions—high moisture and low sun exposure— preclude quality hay production. There is a vaccine for botulism, and horses that are more prone to exposure should be vaccinated.

Some weeds in hay can be toxic to horses. Many toxic weeds that are unpalatable to a horse in the pasture are more palatable in the dry form. Horses fed limited forage are more likely to eat toxic weeds in their hay. Hoary alyssum is a common weed in Midwestern fields. Many horses will avoid it in the pasture but readily eat it in its dry form in hay. Hoary alyssum can cause swelling in the lower legs, founder, depression and coliclike symptoms. 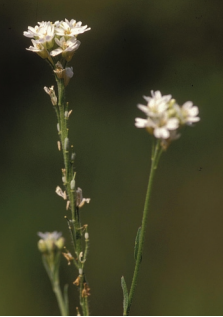 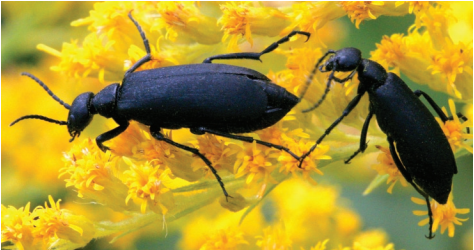 Blister beetle – There are many varieties of blister beetles. The toxicity level depends on the species and sex, with striped male beetles being the most toxic. Source: Clemson University - USDA Cooperative Extension Slide Series, Bugwood.org.

Animal feces can carry harmful disease organisms that can infect a horse. Animal feces contamination can be a problem when hayfields are grazed before harvesting. In addition, wildlife such as rats, raccoons and opossums will defecate on hay and grain during storage. Opossum feces can carry the protozoan responsible for equine protozoal myeloencephalitis (EPM), a neurological disease. Ingesting feed contaminated with the protozoan puts horses at risk of contracting EPM. 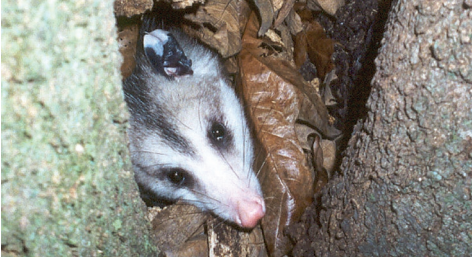 Grain should be stored in ways that reduce the risk of spoilage, contamination and infiltration by rodents, wildlife and hungry horses. The feed room should be clean and secure from horses, rodents, raccoons, opossums, birds and other animals that could potentially spread disease.

Grain bins should be clean and dry and allow for some air circulation. Airtight storage containers such as an old freezer will cause feed to spoil quickly. Bins should be emptied of feed before new feed is added.

Reducing risks of toxins in the feed room

Here are some guidelines to reduce risks of toxin exposure in your horse’s feed:

1. Store hay and grain in a dry, cool location with proper ventilation.

2. Feed grain within 3 weeks of purchase or storage.

4. Inspect feed visually and by smelling before every feeding.

5. Buy hay and grain from a reputable supply source that is familiar with the equine feed industry.

6. Avoid feeding horses with livestock where exposure to ionophores or silage is likely.

7. If a horse shows any symptoms of toxicity, immediately remove the feed source from all horses exposed until the cause of the symptoms is identified.