Before 2008, there hadn’t been a commercial hop growing operation in Michigan for more than a century. By 2014, however, Michigan was ranked fourth in the nation among hop growing states. “Estimating Costs” lists sample hop yard preparation and establishment costs per acre and typical annual operating costs and potential returns per acre for the first five years of production. Potential hop growers (and their lenders) can use the information to calculate whether they could produce hops at a profit.

Hops are an essential ingredient in beer production. Brewers use hops for aroma and bittering, which counters the sweetness of malt, another main ingredient. Hops also have preservative qualities.

Michigan hadn’t had a commercial hop yard from sometime in the 1800s until early in the 21st century, when several factors led agricultural producers in Michigan and elsewhere to reconsider hops as a commercial crop (Sirrine, Rothwell, Lizotte, Goldy, Marquie, & Brown-Rytlewski, 2010):

The revival of the Michigan hop industry began in 2008 on the Old Mission Peninsula near Traverse City, where the soil and climate are well-suited to hop production. Since 2008 hop acreage in the state has increased steadily. Michigan is currently ranked fourth in the nation among hop growing states, with more than 400 acres in hop production and eight processing plants in operation.

This increase has been paralleled by tremendous growth in Michigan’s craft brewing sector, which contributed more than $1 billion to the state’s economy in 2012 (Brewers Association, 2014). The number of breweries in Michigan increased from three in 1991 to more than 140 in 2013. This increase and brewers’ desire to purchase locally grown ingredients have helped drive demand for Michigan-grown hops.

If you’re considering setting up a hop yard, you (and possibly any agricultural lender you’re working with) will need some idea of the potential:

This information is readily available for the major hopproducing states. The 2010 Estimated Cost of Producing Hops in the Yakima Valley, Washington (Galinator, George, & Hinman, 2011) is one such resource. There are significant differences, however, between hop yard infrastructure costs and returns in those states and in Michigan. This fact sheet provides Michigan-specific information.

In preparing this bulletin we consulted leaders in the Michigan hop-growing industry, hop plant propagators, processors, brewers, and home-brew supply stores. The hop yard establishment costs and annual operating expenses were based on typical quantities and materials reported by the operators of conventional hop yards in 2013. Hourly machine rates were based on those in Custom Machine and Work Rate Estimates: 2012–2013 Production Season Costs (Stein, 2012) and on Michigan hop growers’ estimates.

Because of the variability in land costs in Michigan, this analysis does not include land prices. We assume the productive life of a hop yard is 20 years based on the longevity of the plant itself, although that number may decrease due to factors such as changing market conditions, cultivars falling out of favor, and development and increasing demand for new cultivars. The analysis includes an hourly rate for labor and management that would be charged if growers didn’t do the work themselves. Annual costs don’t include overhead such as loan interest, taxes, and hop yard depreciation.

Table 1 lists the per-acre land preparation and establishment costs for a 5-acre hop yard, which is a typical entry-level size for a commercial-scale Michigan hop farm.

a The number of poles per acre will vary depending on the layout of the hop yard and the overall acreage. A square, 5-acre hop yard would require about 132 end poles and 264 interior poles, which is about 53 field poles and 27 end poles on a per-acre basis. Larger hop yards would generally require fewer poles per acre.
b This calculation is based on a system capable of applying unfiltered water at a rate of 50 gallons per minute through a 2-inch main. The cost will vary depending on actual irrigation needs, the number of irrigation zones in the hop yard, and other factors.

It takes 1.1 acres of land to establish 1 acre of hops because of the standard trellis design. Michigan hop yard designs vary, but they’re typically laid out on a 14-foot by 3.5-foot grid, which equates to roughly 1,000 plants and 80 poles per acre. Drip irrigation is recommended and commonplace in Michigan hop yards. 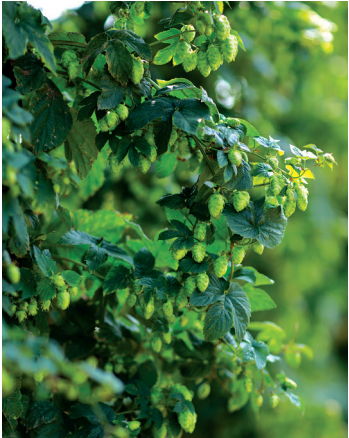 Table 2 outlines the estimated annual operating costs and returns per acre in a typical Michigan hop yard. Hop yields are cultivar-dependent, with full production for ‘Cascade’, for example, to be at least 1,500 pounds of dried hops per acre. Conservative annual yield estimates for year 1 are negligible; for year 2, 50% production; for year 3, 75%; and for years 4 and 5, 100%. It is assumed that wet hops contain 75% moisture and dried hops 10% moisture.

Note. All dollar amounts are rounded to the nearest whole dollar.
a Cost is lower in year 1 because only one string is needed per plant.
b Fertilizer costs can be significantly more for organic production.
c The cost of an IPM (integrated pest management) consultant varies depending on the frequency of scouting.
d Harvest costs aren’t calculated for year 1 because hop production is generally minimal. Sometimes hops can be harvested in year 1, in which case harvest costs will be incurred.
e See the “Assumptions and Caveats” section for what is and isn’t included in the calculations.

The calculations in Tables 1 and 2 will vary over time and from farm to farm, depending on factors such as:

For More Information To find out more about hop production in Michigan, please visit the MSU Extension “Growing Hops in Michigan and the Great Lakes Region” website at hops.msu.edu.

This fact sheet was written by:

It was produced by ANR Communications (www.anrcom.msu.edu).

The authors would like to thank the following individuals, businesses, and organizations for their input on this fact sheet:

This fact sheet was produced with support from a Project GREEEN grant: Demonstration, education, and outreach to enhance Michigan’s hops industry (GR13-031).