I. Background and Context

Over the past decade, significant efforts and resources have been invested by national governments and international development agencies such as WHO towards the control of important vectors of human diseases such as malaria, zika and dengue (WHO 2012; 2015). However, there are still millions of people affected by vector-borne diseases.

The use of gene-drive constructs in genetically modified insects has great potential to address malaria vector control in Africa and worldwide (African Union Report, 2018; Austin Burt et al., 2018; ALMA, 2016). However, they can only be developed and deployed if regulatory agencies have the capacity to properly review and make decisions on this new category of applications of genetic modification technology. This policy brief summarizes the results obtained from the needs assessment for regulatory capacity building for gene-drives in Africa.

The needs assessment surveys were carried out in nine countries in Africa in 2018. The objective of these assessment were to understand existing human and institutional regulatory capacity for deployment of gene-drive technology and to identify needs and gaps in current biosafety regulatory frameworks. Addressing these needs will help guide the development of training and capacity strengthening programs that will facilitate establishment of functional biosafety systems for regulation of gene-drive technology and its potential applications.

The development of emerging technologies in Africa such as gene-drive for vector control will require extensive community and stakeholder engagement to understand public concerns and engage target communities and relevant stakeholders. 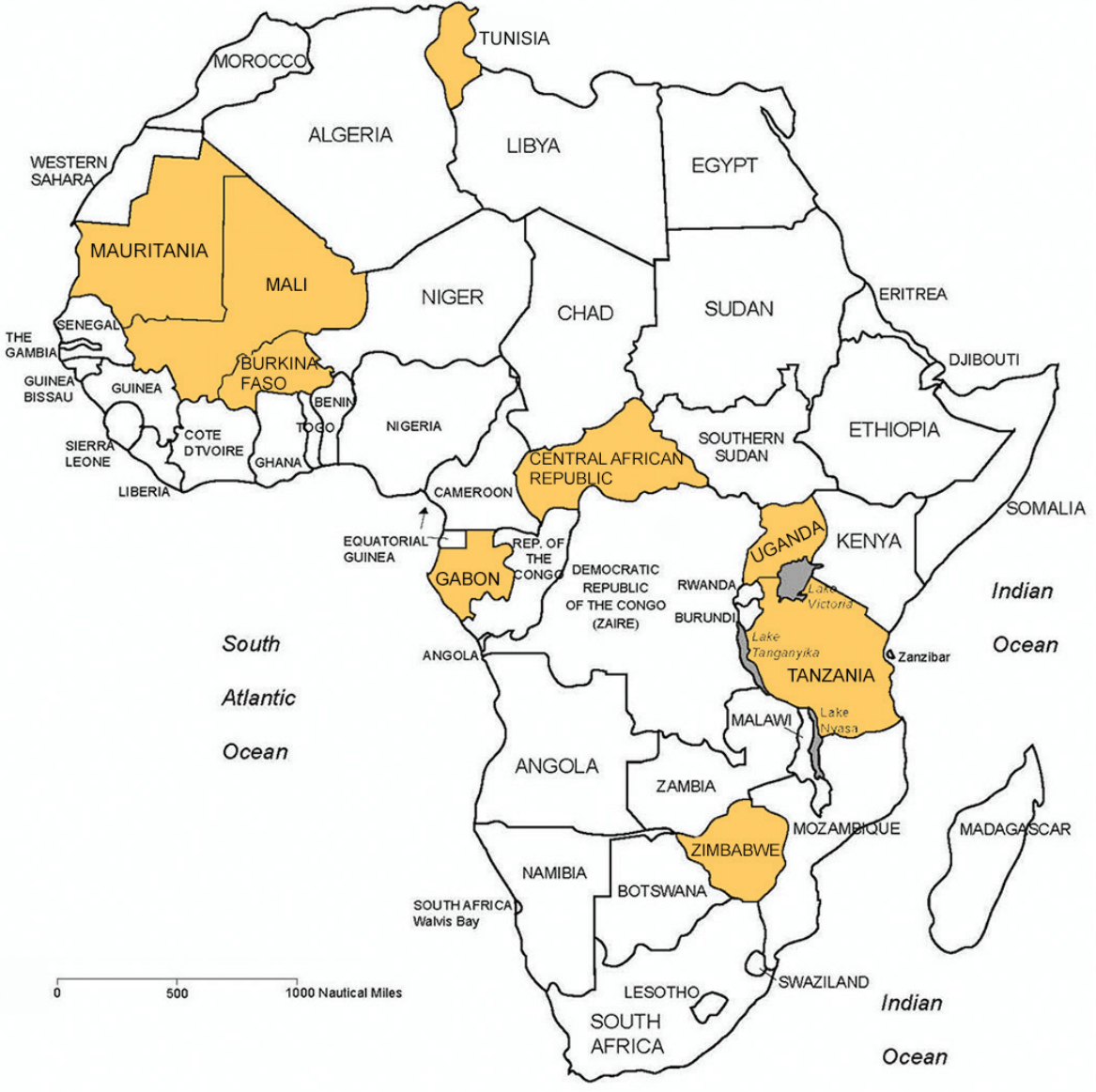 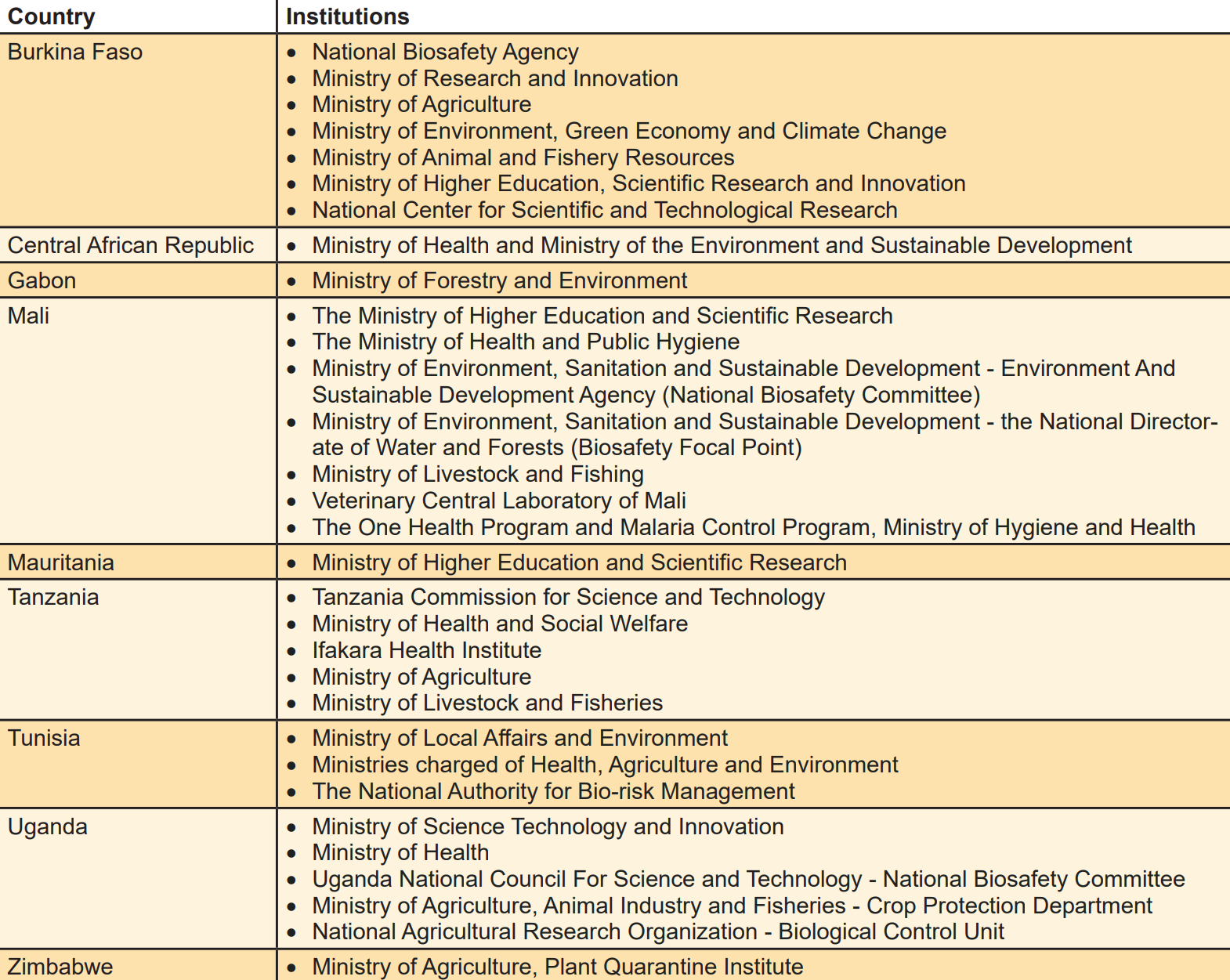 To assess the training and capacity strengthening needs for use and management of gene-drive technology, a survey instrument was designed for obtaining information from a diverse pool of stakeholders from nine countries: Burkina Faso, Central African Republic, Gabon, Mali, Mauritania, Tanzania, Tunisia, Uganda and Zimbabwe. The survey participants were from institutions responsible for biosafety regulation. 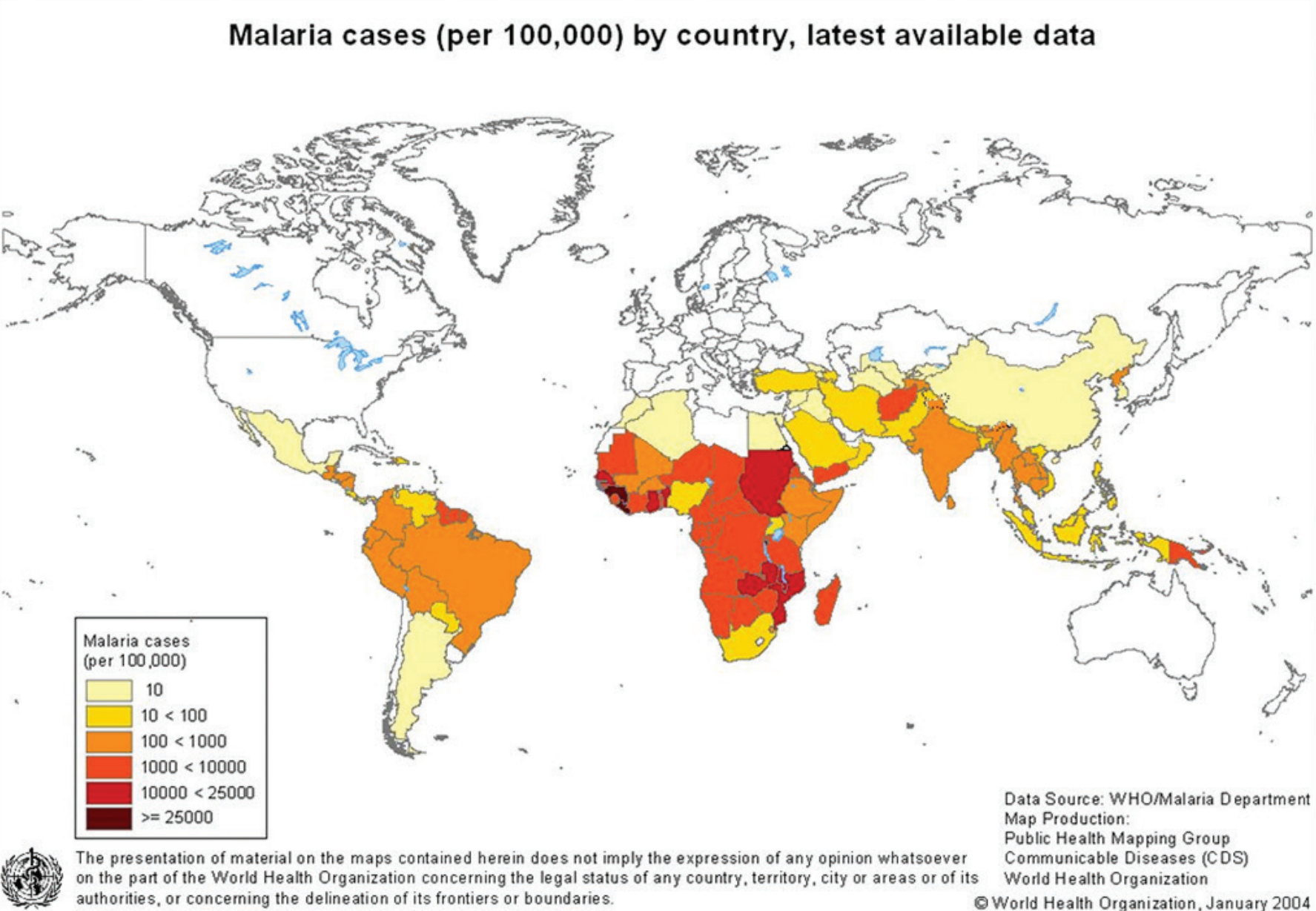 The stakeholders surveyed raised a number of regulatory issues related to capacity strengthening for the safe use and deployment of gene-drive technologies. The three most important issues were:

The stakeholder’s perception of risk of gene-drive technology and its regulation as it relates to surveillance, monitoring and control of the introduced genes into the environment supports the need for functional regulatory systems. The stakeholders surveyed expressed concerns about the environmental impacts of gene-drive technology. The stakeholders also voiced concerns about how introducing gene-drive engineered mosquitoes may alter the insect population dynamics affecting epidemics cycle, target insect population and non-targets organisms in local environments.

A majority of surveyed participants emphasized the need to strengthen vector research at molecular and at population levels. This will help provide strong evidence required to ensure successful and sustainable gene-drive technology deployment.

IV. Recommendations and Way Forward for Future Training and Capacity Strengthening Programs for Gene-Drive Technology Regulation and Deployment in Africa

The stakeholders surveyed appreciated that the science behind the gene-drive technology is moving forward. In order for safe applications of this technology, there is a need for enhancing both human as well as institutional capacity in Africa. The stakeholders emphasized the capacity on the ground should also include facilities for ecology and conservation biology research in different regions of Africa. In addition, to enhance local and regional research programs, establishment of demonstration sites to provide for containment, confinement and handling of gene-drive and genetically modified insects will be required.

Stakeholders surveyed also noted that acceptance of gene-drive technology by local communities will require inclusion of ethical and social considerations, stakeholder participatory engagement, communication and post intervention monitoring of the technology through the national and regional regulatory frameworks covering both research and deployment. To ensure sustainable deployment of gene-drive technology, both science and regulation should co-evolve. All of these aspects will help strengthen institutional capacity in Africa.

The financial support for this study was provided by the Bill and Melinda Gates Foundation funded project titled Transitional Support for Gene-Drive Research through the Foundation for the National Institutes of Health (F-NIH) and the Donald Danforth Plant Science Center (Sub-award Number 30877-M). The authors are grateful to collaborators in nine countries in Africa for their technical input for the needs assessment.