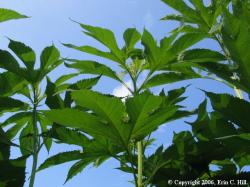 Summer annual. Emerges in the spring sets seed in late summer/fall and dies.

Giant ragweed is one of the first summer annials to emerge. Ten percent emergence has been seen by 150 GDD (base 48 F). Emergence patterns vary across areas of the north central region. Where giant ragweed is a problem, there are multiple flushes (emergence events ) throughout the growing season.

Giant ragweed can emerge from soil depths as deep as 6". 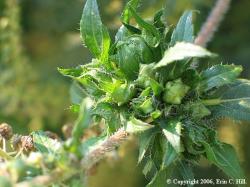 Longevity: The seed of giant ragweed is not very persistent. It takes 2 years to deplete the seedbank by 99%.

Giant ragweed is probably the most competitive weed in agronomic crops in Michigan. One giant ragweed plant per 10ft^2 can reduce soybean yield by 52% and corn yield by 55%. 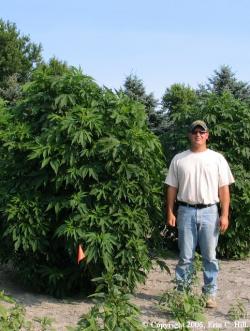 Decay: There is some evidence of giant ragweed seed decay in the first winter. Currently, decay rates and mechanisms are being studied. Soil moisture and soil microorganisms are needed to decay weeds seeds.

Flaming: Flaming is not an effective method of controlling giant ragweed.

Planting date: For giant ragweed populations that do not have extended emergence, tilling in the spring and planting later (mid-May) will reduce giant ragweed infestations because many plants will have emerged and been controlled by tillage.

Ensiling: Unlike many weed seeds, those of giant ragweed can survive ensiling.

Application timing and effectiveness: Giant ragweed is one of the more difficult weeds to control with herbicides. Populations resistant to certain classes of herbicides are known. soil applied herbicides may not persist long enough to control all emergence events, and because giant ragweed can emerge from 6 inches deep, seedlings may emerge below the active herbicide layer. Control is also difficult with postemergence herbicides because of giant ragweed's tremendous growth rate. Herbicide application timing is critical for effective control; a sequential programs will probably be needed for control. 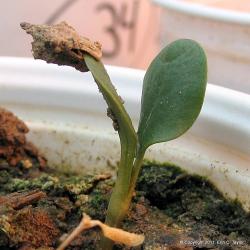