Pruning chestnuts is an important part of healthy orchard maintenance. There are two primary reasons to prune chestnut trees, 1) to develop the shape you need, and 2) to optimize productivity. Sometimes it seems these are in conflict, as most pruning will initially reduce production, but if done correctly pruning increases productivity over time. Early in the life of an orchard, pruning cuts are made to develop the desired structure of the tree. As the orchard matures, maintenance cuts are made to remove dead branches, undesirable branch angles and overlapping canopies between neighboring trees.

As a good introduction to pruning chestnuts, check out this great article, Pruning Chestnuts for Improved Productivity by Peter Hall, summarizing the work of Dr. Hitoshi Araki from the Hyogo Research Institute. Though this work focuses on Japanese chestnuts (Castanea crenata), the concepts are applicable for the European x Japanese hybrids (C. sativa X C. crenata) and Chinese chestnuts (C. mollissima) grown in Michigan.

Branches smaller than ½ the size of the main stem can stay, as they do not significantly reduce the amount of water to the top of the tree (Photo 2). Pruning and training of a young tree should begin the first year after transplanting. Training should take place gradually over several years and no more pruning should be done than is necessary to enhance the natural shape or structural strength of the tree (Photo 2). The objective in the first few years is to identify and correct problems with the main framework of the tree.  Most trees are grown with one central leader (the top most vertical branch). When a young tree has competing leaders, the weaker ones should be removed. If they are essentially equal, either can be removed. Accessibility to the orchard should also be considered when pruning. If using a mechanical harvester or a sprayer, consider what kind of clearance is needed to allow easy access or workers and equipment. 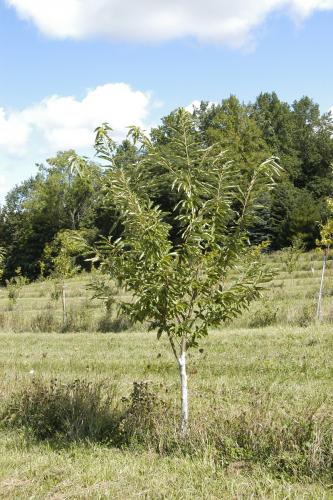 Photo 1. A two-year-old chestnut tree, planted without any pruning. Secondary branches are taking over the central leader, as the tree was never trained. In its second year, a severe crotch has developed, making it difficult to tell which stem is the leader. 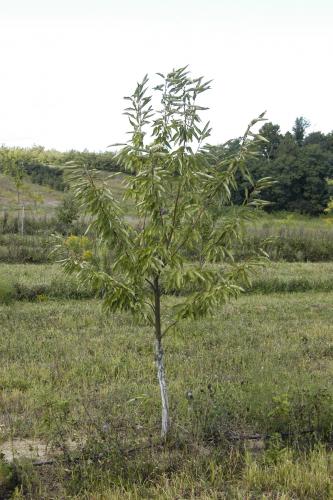 Photo 2. A tree similar to that in Photo 1 but in this case, the two-year-old tree received early pruning. The following year the lateral branches under the main leader stem will be removed even though they have burs. These branches are too low to maintain a good shape to the tree, which needs to be trained “upward.” 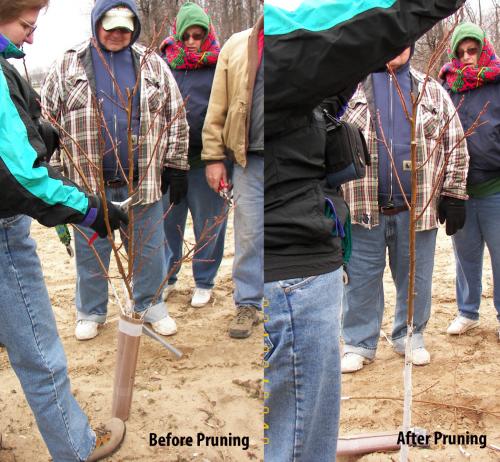 Photo 3. Pruning demonstration in a grower’s orchard where a discussion ensues about the pruning the tree is about to have. The Photo shows the “before” and “after” pruning process. Notice the small growth tube which is acting as a tree (mouse) guard, not a growth tube. 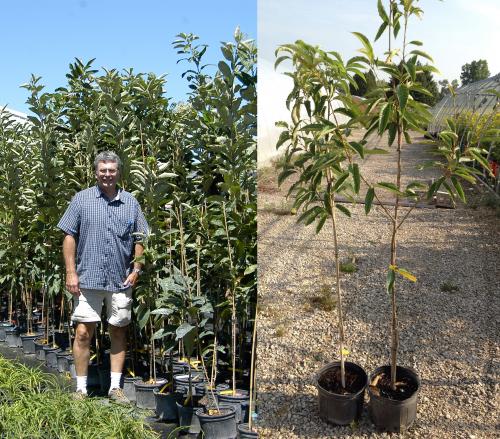 Pruning of young trees should be done in the winter when possible but may require summer pruning when problems emerge. Remember that the primary objective of pruning a young orchard is to develop a strong tree framework that will support nut production. A well-pruned orchard will ensure good orchard management. 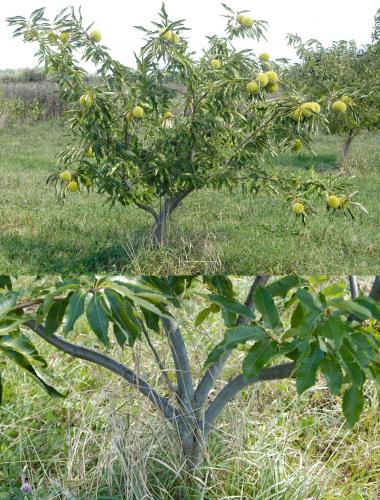 Photo 5. An 8-year-old European X Japanese hybrid that has never been pruned since planting. You should be able to see the difficulties one will have training this relatively older tree, that since its planting, became stunted and dwarfed due to vigorous branches. 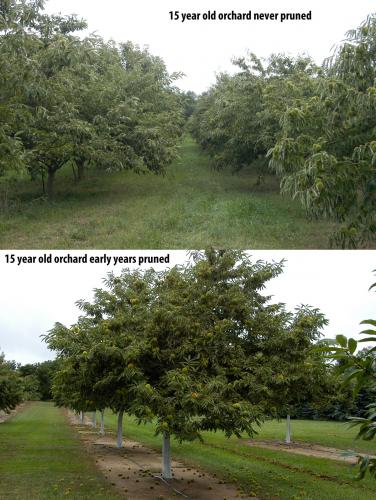 Photo 6. Two orchards with trees approximately the same age, but managed differently. The orchard in the top picture has never been pruned, the trees in the bottom picture have been pruned regularly. Consider the .

Keep in mind that after 3 to 5 years of training young trees through pruning, The focus of most of the pruning will simply be removing dead, broken, and weak branches and maintaining the desired tree structure through occasional shaping cuts by selectively remove limbs from the perimeter of the canopy, especially those growing close together or beyond the desired canopy size. Also, remove branches with narrow angles of attachment that are prone to breaking under heavy nut load, in wind storms and even from snow load. Branches should be taken back to their point of origin or to laterals that are at least one-third the diameter of the limb being removed. Trees vary in the amount of thinning they can tolerate without creating undesirable effects. An over thinned tree will respond by producing numerous sprouts and suckers. Sunscald can occur on trees with thin bark. Never remove more than 30 percent of the total foliage during a single year.

Older trees should be pruned when they are dormant.  During winter there is less weight on the limbs minimizing bark tearing, the risk of chestnut blight infection from wounding is low, and tree structure is readily visible. 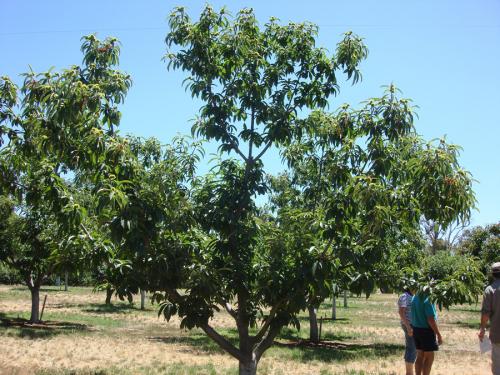 Photo 7. A vase with a “snorkel” coming out the top of the tree. All of these branches came from the scion wood. 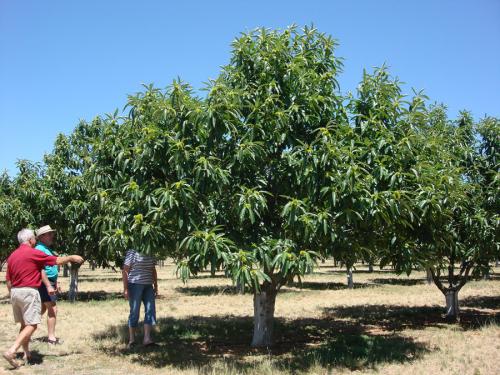 Photo 8. After the tree fills out, the shape is still present, a vase with a snorkel.

View the video below to compare open-vase and open-vase with a snorkel tree structure.