Telecoupling and the global trade of soybeans

International food trade and globalized agriculture production have significantly increased over the past several decades resulting in telecouplings where domestic food consumption relies on distant production. 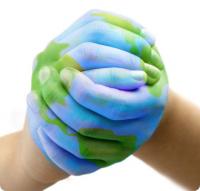 The idea was introduced by Jianguo "Jack" Liu and colleagues at an American Association for the Advancement of Science meeting in 2011. It since then has caught on and being used by scientists all over the world to take a holistic view of some of the planet’s greatest challenges – climate change, biodiversity loss, conservation, sand consumption.

As population growth increases global caloric demand and increased affluence drives changes in consumption patterns, we can expect connections via food trade to strengthen and increase. These phenomena have been implicated as the main drivers of increased crop production and trade as well as the associated environmental and socioeconomic impacts. International soybean trade is representative of how distant places are connected through these complex trade networks. The volume of soybeans traded globally has increased over four times the amount traded in 2001, when China joined the World Trade Organization. China, a historic soybean producer, is the main driver of increased demand importing over 60 percent of the global soybean supply, most of which (~80%) is exported from Brazil and the United States.

And... a deeper dive

The telecoupling framework is an ideal tool for understanding the complex interactions within global soybean trade, offering a novel integration of natural and social systems across distances that historically would have been studied in their respective disciplines.

The telecoupling framework consists of five interrelated components: systems, flows, agents, causes, and effects. Systems are coupled human and natural systems that exchange information, material, and energy with other systems, which may be located relatively close or far away.  Systems can be further classified as sending (origins, exporting country), receiving (destinations, importing countries), and spillover systems.

Understanding what happens between trade partners