Cold hardy wine brand awareness and how it’s perceived by consumers are useful measures of the success of supporting the sustainable development of the emerging cold hardy wine industry.

Editor’s note: This information was first prepared and published as part of the Northern Grapes Project. 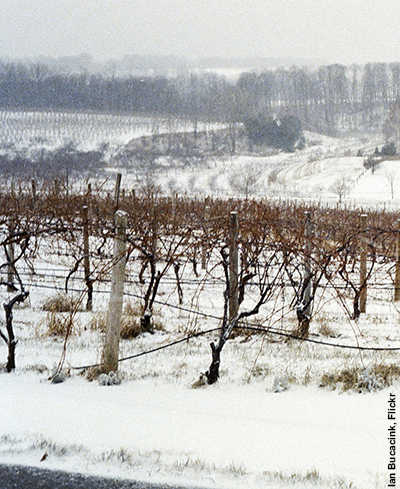 Wines made from cold hardy grapes are relatively new. Neither individual varietals nor the group of cold hardy grape varietals have been assessed from consumer’s perspectives employing well-designed survey research methods. Both knowledge of consumers’ level of awareness of a product and their perceptions of it are basic information required to develop effective product marketing strategies. They are also needed for tracking market penetration over the long run. In the context of the Northern Grapes Project, positive change in cold hardy wines brand awareness and in how they are perceived by consumers are useful measures of the success of the overall project in achieving its goal of supporting the sustainable development of the emerging cold hardy wine industry. Measuring change requires establishing a time zero or baseline measure and one or more subsequent measures. The results reported herein are baseline measures that can be used for tracking cold hardy wine’s brand awareness and consumer’s perceptions of them over time.

As reported in the first two articles in the 2012 Michigan Tasting Room Research Series (see Vol. 2, Issue 3 and Vol. 2, Issue 4), a total of 1,552 completed surveys were gathered by U.S. mail and email from a sample of Michigan tasting room visitors. Potential respondents were randomly recruited in 15 Michigan wine tasting rooms throughout the 2012 summer and fall. About 40 percent of visitors who expressed interest in participating in the study returned the questionnaire that was mailed or emailed to them after their visit to the winery where they were contacted.

The results from the Michigan tasting room survey indicated about 70 percent reside in Michigan. Their level of awareness and perceptions of cold hardy wines may or may not be representative of the wider geographic region where cold hardy grape wines are produced and sold to both residents of and visitors to the region. Thus, it was deemed important to conduct a comparable study of consumer’s level of awareness and perceptions of cold hardy wines over a wider geographical area. Due to limited resources to invest in such a study, we drew a random sample from the following six states: Michigan, Ohio, Indiana, Illinois, Wisconsin and Minnesota.

The sample consisted of a total of 4,750 randomly selected household mailing addresses, 1,000 from Michigan and 750 from the other five states. The response rate achieved after one mailing and one reminder postcard was about 9 percent. This response rate is far lower than achieved in the tasting room survey, but it is in line with random household surveys of this type. About 75 percent of total respondents (400) indicated they drink wine. The results in the regional wine drinker column in the tables below are based only on wine drinker respondents, about 300 in total. Of these, only about 25 percent are Michigan residents. The household survey respondent group is less dominated by Michigan residents than is the tasting room survey.

The level of brand awareness of cold hardy wines currently isn’t very high (Table 1). Over 50 percent of tasting room visitors aren’t familiar with them and even more respondents (70 percent) from the six state household survey region are unaware of cold hardy wines. Even more telling of consumers awareness of the brand, those “familiar” and “very familiar” with these wines is very low.

Considerably more Michigan tasting room visitors had the opportunity to taste cold hardy wines than wine drinkers from the broader six state geographic region. About 65 percent of the former and only about 27 percent of the latter have tasted these new types of wines (Table 2). About 70 percent of respondents to the regional household survey reported they drink wine. This result in combination with that in Table 2 suggests only about 11 percent of the adult population in the six states study region has ever tasted cold hardy wine.

Respondents in both surveys who reported tasting cold hardy wine were asked about the content of the wine they tasted. As can be seen in Table 3, over one-third of both groups of respondents selected “don’t know” in response to this question. By far the most common wine type tasted was a “blend of cold hardy and other.”

While the level of awareness of cold hardy grape wines is low and presents a challenge to be overcome, consumers who tasted cold hardy grape wines generally like them. About 70 percent of both survey groups liked them “a lot” or “a little” as can be seen in Table 4. It is especially encouraging that only a small percentage of respondents in both survey groups reported they “disliked” the wines they tasted.

We expected consumers would be as likely, if not more likely, to be aware of a named cold hardy grape varietal as they are of the cold hardy grape group description. Thus, respondents in both the tasting room and in household survey were asked if they were aware of 10 named cold hardy grape varietals. The 10 are listed in Table 5. Of these 10, seven are some of the most common cold hardy varietals while the remaining three are made-up varietal names. They were included as a test of the validity of respondents’ responses to this question. In other words, the made-up varietal names helped us learn more about the credibility of the data generated by this question. Over 50 percent of tasting room visitors and 25 percent of regional wine drinkers couldn’t recognize any of the 10 varietals. “Edelweiss” and “Frontenac” were selected by both respondent groups. The most often selected bogus varietal was “Snowbird.” Between 10 and 15 percent of respondents to the survey who selected at least one varietal (i.e., they didn’t select “haven’t heard of any”) selected “Snowbird.” This suggests the high reported varietal awareness levels are likely biased by 10 to 15 percent. Although this is a relatively high rate of bias, it isn’t so high as to limit the utility of the awareness results in this table as well as in Table 1 (overall, cold hardy group awareness).

*These are made up varietal names.
Note: Column Sums > 100% due to multiple responses.

In interpreting these results, it is important to keep in mind that cold hardy grape wines are very new compared to long-established French, German and California wines made from grape varieties that even novice wine consumers can readily identify. And, in addition to being new to the wine scene, the total average of planted cold hardy grapes is very small compared to long-established cultivars. Hence, the supply of other dwarf wines that are produced from cold hardy grapes and the low level of awareness registered in these two surveys isn’t at all surprising. By far, the most encouraging finding from these two consumer surveys is the vast majority of those who tasted one of the new types of wines judged them as being okay or better.