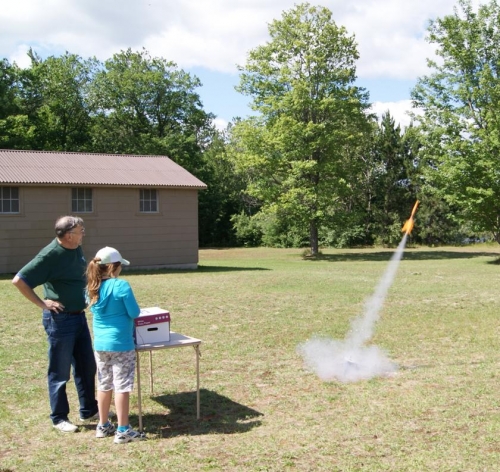 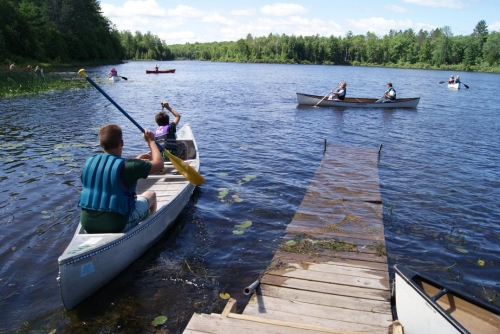 Every year, the Michigan State University Extension (MSUE) offices from Alcona, Montmorency, Otsego and Presque Isle counties pool their resources, staff and time to provide a camp for both 4-H and non 4-H members. With a new theme each year, this year’s camp focused on science, engineering and technology (SET). A $4,190 grant from the 4-H participation fee fund helped make the 4-H Camp Ready-SET-Go a success when it was held in the summer of 2010 at the Ocqueoc Outdoor Center in Millersburg, Mich.

With the grant money, staff members were able to purchase equipment that would not only make the camp more exciting, but could be used continuously after the camp. “We were able to purchase four Lego Robotics kits for not only the campers, but for all the participating counties to use in future programming,” said Bethany Prykucki, Extension educator for Otsego County. “With the grant money we were also able to bring in people that knew about the equipment and the session topics that could serve as speakers and presenters.”

According to Alcona 4-H program instructor Les Thomas, the success of the camp hinged on the various agencies and volunteers providing instruction. “When we can provide instructors with technical backgrounds for these sessions, it really takes the guess work out of what the kids are learning…we couldn’t do it without them,” said Thomas.

“Karen Fifield, the Montmorency 4-H program leader, and Les and I continue to say this is our best camp ever. The kids really seemed to enjoy it and we didn’t have any sessions where the kids didn’t truly seem to be excited,” said Prykucki. “What kid isn’t going to be interested in launching rockets and dissecting fish?”

For 12-year-old Otsego County native Levi Milan, 4-H Camp Ready-SET-Go was “a great learning experience! It was amazing.” Milan didn’t know what to expect as this was his first 4-H camp, and now he’s hooked, looking for more camps to attend and even wanting to get chickens next year to raise and show at his local county fair.

“I really liked the aerospace and the Lego Robotics, those were really cool,” said Milan. “I’ve never actually worked with Lego Robotics before and it’s definitely something I’d like to work with again!”

For many of the campers, 4-H Camp Ready-SET-Go offered new experiences that students wouldn’t be able to do anywhere else. “The camp had really exciting and engaging things that these students don’t get to generally see in school. It really provided them with activities that they may not normally be able to do and places that they otherwise wouldn’t go to,” said Prykucki.

After the camp, students were asked to take a survey about their experiences and whether they had learned anything. When asked if they had learned new things at camp that they didn’t know already from school, 16 out of the 21 male campers said that some or everything was new. When asked how much new stuff about science they had learned at camp, 19 out of the 21 male campers said they learned some or lots of new stuff. “We did have a separate survey just for the girl campers, but all of that data got lost during a glitch when using a different program,” said Prykucki. “It just goes to show that we learned how to do technology ourselves – and how it can go wrong!”

4-H’er shares his passion for goats through unique contest