Leadership. Citizenship. Civic engagement. These are just some of the things Southwest Michigan teens learned during their week of 'learning by doing' at the 2010 4-H Citizenship Washington Focus in Washington, D.C.

Leadership. Citizenship. Civic engagement. These are just some of the things Southwest Michigan teens learned during their week of ‘learning by doing’ at the 2010 4-H Citizenship Washington Focus in Washington, D.C.

The Citizenship Washington Focus (CWF) is a summer educational conference that gives 4-H youth the opportunity to explore, develop and refine the civic engagement skills they need to be outstanding leaders in their home communities and at the national level. 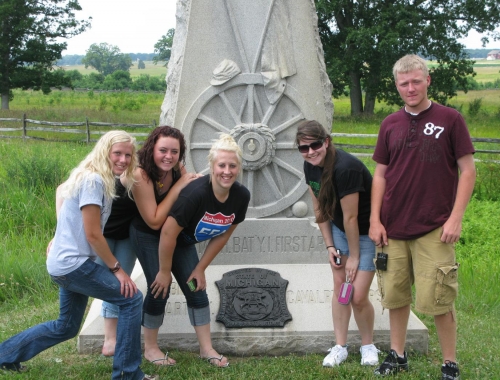 The Southwest Michigan delegation was made up of 48 4-H’ers from Alger, Berrien, Branch, Cass, Hillsdale, Jackson, Kalamazoo, Lapeer, Newaygo, Sanilac, Shiawassee, St. Joseph and Van Buren counties. Through sightseeing tours and hands-on educational workshops, the delegates learned about the history of our nation, the leaders who have shaped it and how they could apply the leadership and citizenship skills they learned to their own lives.

“The CWF has a good mixture of education and fun,” said Jackson County Extension educator Renee Applegate. “They learned about the federal government with activities at the National 4-H Center, visits to government buildings and meetings with senators and representatives. They learned time management and independent thinking. You could see their maturity level increase in problem solving, fairness and kindness. They got to meet and have fun with youth from other states as well.”

“We all see the congress in session on the news and hear about what senators and representatives do,” said Branch County Extension Educator Connie Lange. “Our group got to meet with legislators individually, share their own thoughts and learn that they have a voice in our Nation’s government. All participants from 13 counties got to meet their district representatives and the whole group met with Senators Levin and Stabenow. They also toured the capitol and learned about the Supreme Court.”The group took a day trip to Gettysburg, where they visited the Gettysburg National Museum and watched a movie on the Civil War and the battles of Gettysburg. They took a guided bus tour of the battlefields and participated in town hall debates. They even met with Senator Debbie Stabenow and Senator Carl Levin, as well as individual representatives.

The Michigan 4-H delegates had the opportunity to get a night view of Washington, D.C., as well as free time to tour the city.

“A group chose to visit the Holocaust Museum,” Lange said. “It was very eye-opening and meaningful. Our program assistant made sure that we could visit the Washington Monument, and the view of D.C. was awesome. The Arlington Cemetery and the Vietnam War Memorials were especially powerful, as were the Eternal Flame and the Iwo Jima and Lincoln monuments, and so much more!” 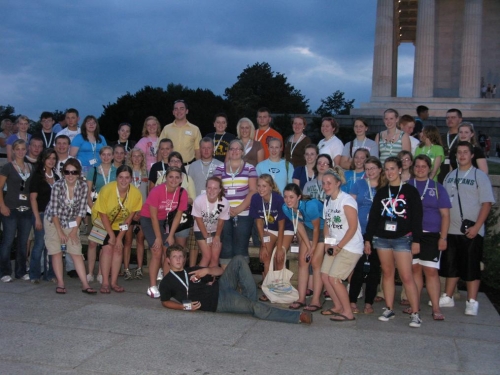 The delegates served on committees including healthy living, communication and public relations, government, youth in governance and promotions and event planning. They debated issues in the ongressional session on topics like physical education, standards in public school systems, driver regulations and tax incentives for biofuels. Several teens got to lead debates, argue their issues and run for offices.

“By visiting all of the memorials in Washington D.C. and Gettysburg, CWF delegates learned about the sacrifices people have made through serving our county, and they were able to share that experience with more than 50 new friends,” said Lange. “Participants learned about hearings and debating, how to organize events, working as a team and developing programs. They learned about leadership and their potential to become the leaders of tomorrow.”