To know a tiger is at least to start tolerating them, study shows

To protect a dangerous and endangered animal -- be it a tiger in Nepal or a wolf in Michigan - you really do have to ask people “how do you FEEL about your predatory neighbor?”

Effective conservation calls for not only figuring out what protected species need – like habitat and food sources. It also requires an understanding of what it takes for their human neighbors to tolerate them. A Michigan State University doctoral student studying tigers in Nepal found that those feelings can provide critical information on how best to protect species.

“People have complex psychological relationships with wildlife,” said Neil Carter, researcher in MSU’s
Center for Systems Integration and Sustainability (CSIS). “Picking apart these complex relationships is the best way to get a really good idea of what’s affecting their tolerance of the animal.”

The paper, “Utility of a psychological framework for carnivore conservation,” is published this week in Oryx, an international journal of conservation. Co-authors are Shawn Riley, MSU associate professor of fisheries and wildlife, and Jianguo “Jack” Liu, Rachel Carson Chair in Sustainability and CSIS director.

Carter has conducted research in Nepal’s Chitwan National Park, home to some 125 adult tigers that live 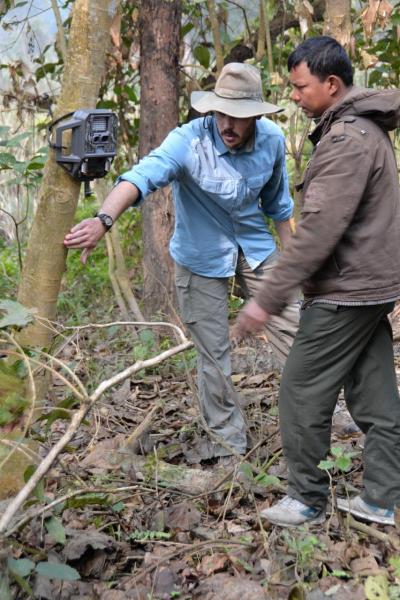 close to people. And tigers, like all wild animals, have little regard for borders or fences. Likewise, the tigers’ human neighbors depend on the forests for their livelihoods. Conflict is inevitable. There were 65 human deaths due to tiger attacks from 1998 to 2006 and tigers are known to kill livestock. People sometimes kill tigers in response to these threats

Carter’s work has developed a novel tool to help figure out where to direct conservation resources -- not just in Nepal, but also for conserving carnivores that live next to people in many regions of the world.

The research is unique in that it explores peoples’ attitudes about protected animals. Work as been done to understand how people feel about their wildlife neighbors, such as deer or coyotes. But the relationship with protected animals, especially those that can be dangerous, is more complicated. Issues of fear, risk and control make for a volatile mix, as do the constraints on solutions.

“You can’t just remove all the tigers, or the grizzly bears, or other carnivores that may pose a risk to 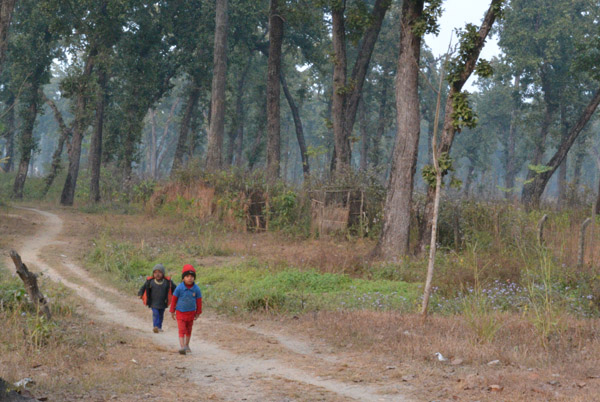 people. Managing animal populations in this fashion is not a viable option for protected species,” Carter said. “It’s imperative to come up with ways that people and carnivores can get along.”

Policy and laws aren’t enough, he says. Carter said that in Nepal and around the world, people kill protected animals or turn a blind eye to poachers.

Carter, with his collaborators, surveyed 499 people living near Chitwan about how they feel about future tiger population size and factors that may influence preferences, like past interactions with tigers as well as beliefs and perceptions about tigers.

“We expected that interactions – real experiences with tigers in the wild would be most influential,” Carter said. “Someone who had three cattle killed would have different tolerance than someone who hasn’t. Perhaps, if you’re exposed to something all the time, the fear stops becoming the powerful predictor.”

“That’s a real simple educational opportunity,” Carter said. “People can be shown that tigers regulate the populations of deer and boar, which cause real economic damage to crops. If they don’t see the connection then that’s a lost opportunity.”

In addition to Carter’s work on attitudes, he also has spent considerable time in Chitwan setting up camera traps to better understand the tiger populations, as well as understanding how people move in and out of tiger territory. His blending of social sciences and ecological studies is characteristic of CSIS, which works in the innovative new field of coupled human and natural systems to find sustainable solutions that both benefit the environment and enable people to thrive.

The research was funded by the National Science Foundation, NASA, and the U.S. Fish and Wildlife Service Rhinoceros and Tigers Conservation Fund. It was part of the Partnership for International Research and Education among MSU, the University of Michigan and seven other institutions in the United States, Nepal, and China.

More about Carter's tiger research can be found in the CSIS special report.

Utility of a psychological framework for carnivore conservation