Several weeks ago, I was asked to look at a celery field where a few plants displayed symptoms that some described as "melted down," with twisted, distorted leaves (Photo 1). Often, the center petioles would be taller (Photo 2) and usually but not always, the heart was completely necrotic or starting to become so (Photo 3). The plants remained deep green. Unable to identify the problem, I brought an afflicted plant to MSU Diagnostic Services. The lab diagnosed the problem as aster yellows. This is a disease caused by a phytoplasma (very tiny bacteria) carried by aster leafhoppers, which blow in from the southern states each spring.

The grower, understandably, found this diagnosis hard to believe since the plants showed none of the yellowing or typical type of stunting and twisting that had always been the hallmarks of aster yellows. Sometime later, I noticed the same symptoms in two different varieties on another farm. When I told this grower what I suspected, he again was surprised and questioned whether aster yellows could appear that way.

After that, I identified the same symptoms on two more farms, and two more growers thought that it had to be something else. On one of these farms, where a field was severely stricken, some plants appeared as described above, while others looked the same, but with significant yellowing (Photos 4 and 5). These appeared to be in a more advanced state of decline. I am waiting for lab results, but believe it likely that aster yellows will be found.

Having so many experienced growers doubt the diagnosis was unsettling, but the lab results can't be contested. The PCR (polymerase chain reaction) test used by the lab actually finds the DNA specific to the aster yellows organism. It is as definitive as finding nitrates in water or cholesterol in a blood sample. Additionally, scouts have reported low counts for aster leafhoppers this season. When the hoppers were sent to our lab for testing, only samples submitted early in the season showed any level of infectivity. Why aster yellows expresses itself differently in celery this year remains puzzling, but it certainly is aster yellows. This will be a question for our specialists to ponder in the future.

For now, however, I would ask any and all celery growers to contact me if these symptoms are found. I would like to follow its development throughout the season.

Those interested can download an excellent presentation of aster leafhoppers and the disease organism they can carry, developed by MSU's Beth Bishop, at: http://glvwg.ag.ohio-state.edu/documents/BB_GLVWG.pdf. 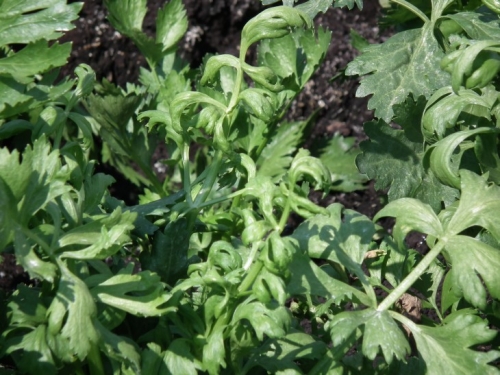 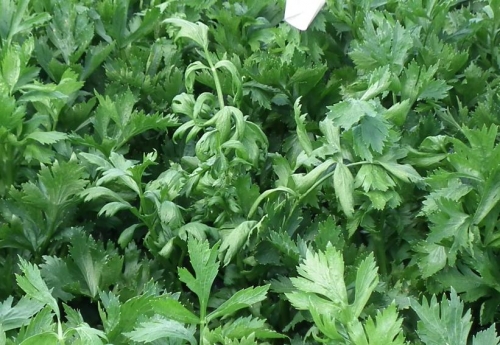 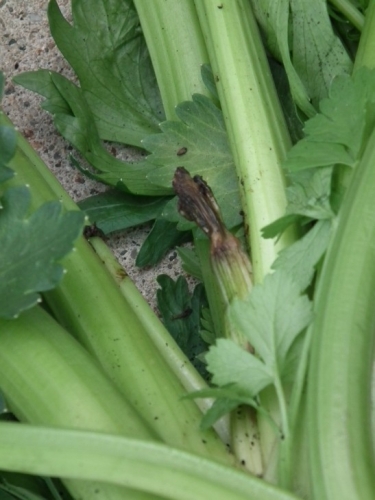 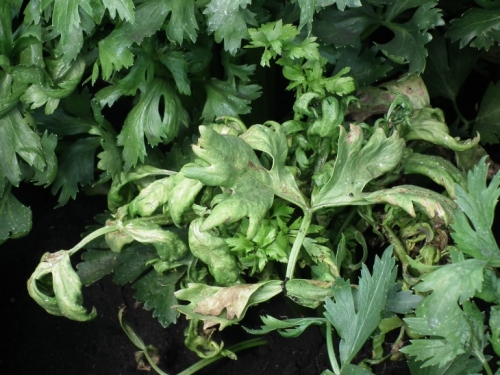 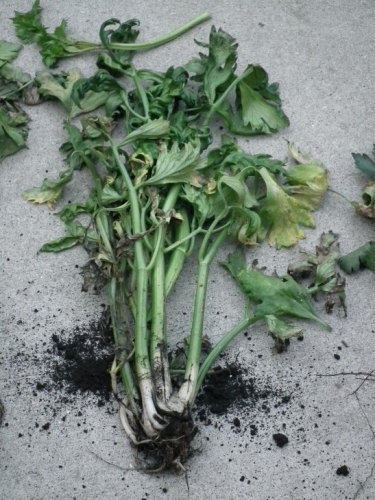 Zidua now labeled for use in 2019 celery