Anna Herzberger is an MSU Center for Systems Integration and Sustainability doctoral student studying Chinese at Peking University the summer of 2015. She hails from the farmlands of Virginia, Ilinois.

After being in China long enough to maneuver public transportation and understand a few basic phrases in Chinese, I was ready to head out and see the sights. After all, Beijing is home to some of the oldest cultural and historic relics, such as the Forbidden City built in 1406 and occupied by the Ming and Qing dynasties for 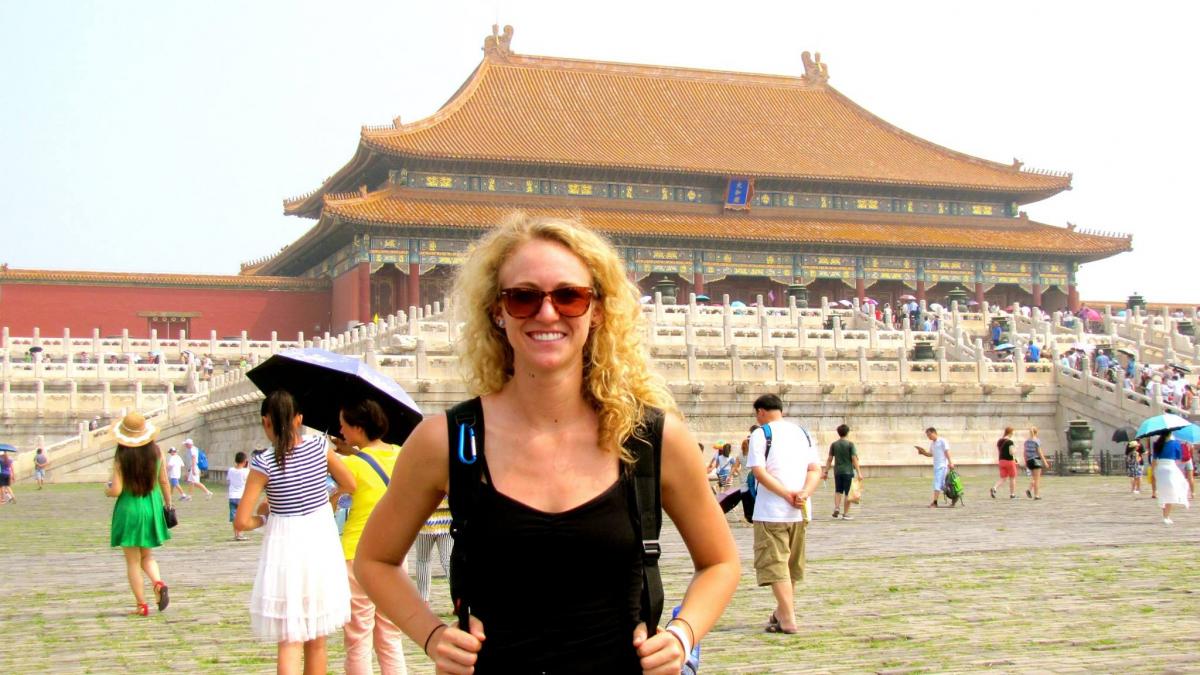 500 years and it withstood the Cultural Revolution.

Map, camera and water bottle in hand I headed out to explore, but quickly realized I was just as much apart of the attraction as I was there to see it.

It started with pictures -- a few a first, maybe from afar someone would snap my photo with the ancient palace in the background. Then gradually parents would send their children up with a preciously accented “hello” and ask to take a photo with me. After that photo was over dad and mom wanted a photo too and then of course, grandma and grandpa needed one to. This was where I made the mistake. Once I had stopped for one photo, it became an attraction and people would surround me wanting their photo as well. At first I was flattered but that later gave way to annoyance and then despair as it would impossible to take pictures with everyone who asked. I would try to exit swiftly. Once, an older women with a thick accent grabbed my backpack pulling me back into the photo-mob, a scenario that caused quite a rise out of other foreign bystanders.

But it wasn’t only photos. Often parents would want their young children to come talk to me, which I warmly accepted thinking it was a great opportunity to practice my rudimentary Chinese skills. However, more often than not the kids would cry and bury their head in a familiar shoulder. 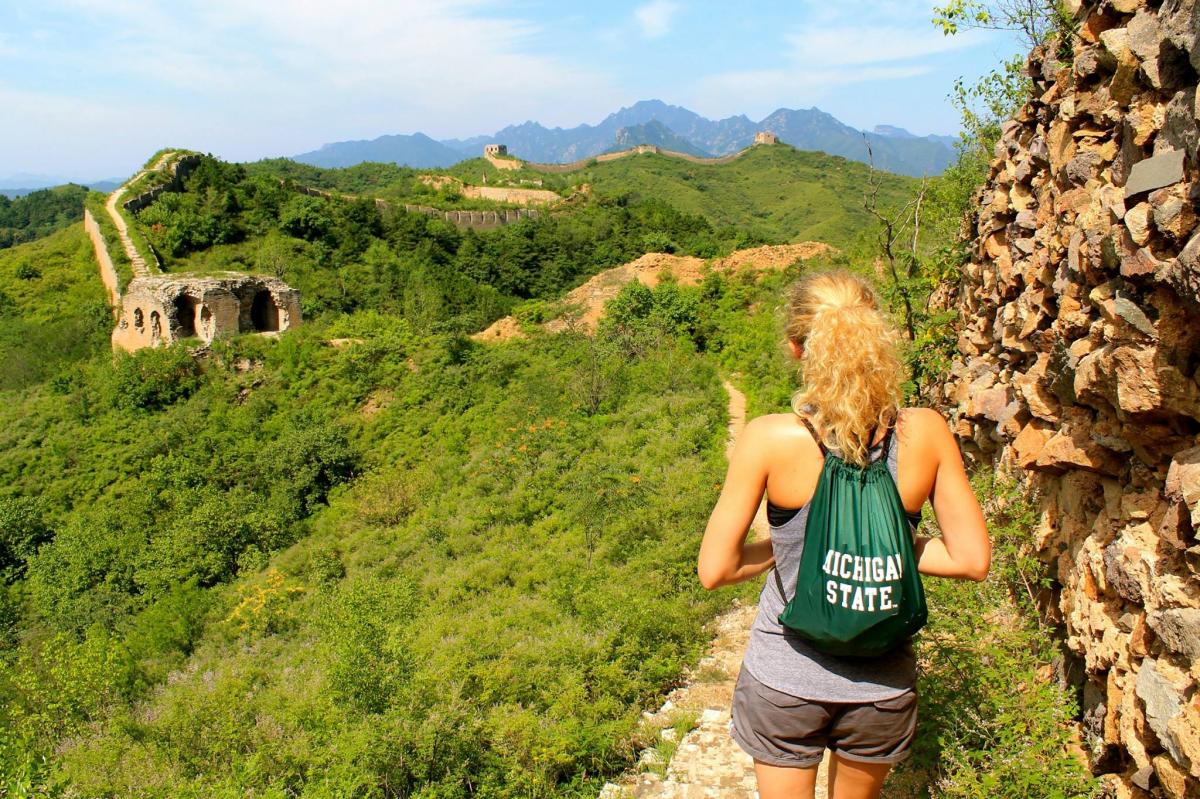 My clear, blonde lack of Chinese ancestry also followed me when buying food, shopping or taking a taxi. The popsicles advertised in the middle of Tiananmen Square as 1 kuai became 3 kuai, the cookies that were marked as 9 kuai were rung up to be 19 kuai and the beautifully embroider skirt that sold for 90 kuai, I had to buy for 150 kuai. The taxi drivers would sometimes refuse to turn the meter on and instead ask for a flat rate often doubling or tripling my fare home.

My newly learned Chinese skills altered the situation. While many of the shopkeepers could speak some English, if I carried out the transaction successfully in Chinese there was a sense of respect - that sometimes resulted in a free watermelon. When interacting with Chinese tourists each word I said (even though-I butchered the pronunciation) was a precious gift. It was as if I was helping to preserve their history just like the thousands-years-old sites we were visiting. They would clap their hands, jump up and down and exclaim gleeful cries.

After several days of late nights and early mornings, traveling around Beijing I was happy to get home at a decent hour. I open the door to see Lyn’s bright smile greeting me. She said, “You have been gone a long time, I missed you” and she was right, I had not spent nearly enough time with her lately. I slumped down on the floor next to her thinking how good it was to be “home”. Then she turned to me and in the sweetest way possible asked, “can I smell you?” To which I of course said yes, remembering I am part of the attraction. 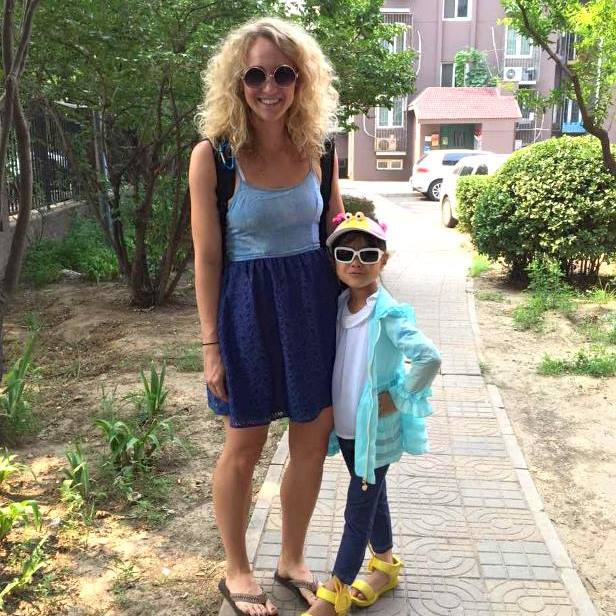