Challenges to feeding the seven billion and beyond – Part 1: Food production strategies

This is the first in a series of articles to review some of the current information gathered by scientists and stimulate an unbiased discussion on food security and environmental stewardship among all segments of the society.

In a Michigan Farmer article titled Strategy for feeding world now and later published in June 2012, I provided an overview of the challenges that lie ahead for feeding the current seven billion people on earth.

In 2050 the population is projected to be nine billion people. Agricultural production will need to double because of better living standards to meet the food, fiber, animal feed and biofuel needs. Farmers worldwide will be expected to grow crops and raise livestock under conditions of rising input costs, dwindling natural resources, stricter environmental regulations and climate change.

It is also clear that the debate is broader than just production agriculture. It includes the complex food system that deals with economic and social relationships and linkages that tie the food consumers to producers. A billion people in the world today are either malnourished or have no access to adequate food, primarily due to logistics, dietary habits or ill-conceived government policies. Meanwhile, 1.3 billion are overweight or obese. 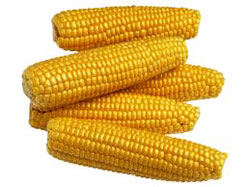 In terms of resource utilization, plant-based diets are generally more efficient than animal protein-based diets, partly because not all the calories are captured when feed goes through an animal. However, as developing countries progress and their incomes rise, about four billion people in the world are currently changing their dietary habits seeking to consume more meat. This will require additional crops to feed animals, putting enormous demands on the limited land, water and nutrient resources. 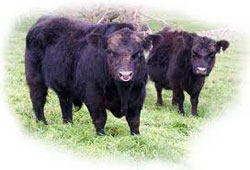 Even though plant-based diets are more efficient in feeding people, currently only 60 percent of the plant food is directly fed to humans, the balance consumed by livestock and used for biofuels. A point that should not be ignored here is that livestock is capable of utilizing roughages and low quality biomass unfit for human consumption and convert them to high quality milk and meat.

An international team of environmental and agricultural scientists has recently proposed a five-point plan to double food production by 2050 without seriously affecting the environment. These points are summarized below:

1. Closing “yield gaps” on underperforming lands. Parts of Africa, Latin America, Eastern Europe and Asia are known to have substantial yield gaps because of farmland not producing to its full potential. Researchers reported that by simply using improved crop varieties and better management practices, the current corn, wheat and rice yields could be increased substantially.

2. Closing “diet gaps” with plant-based rations. This involves shifting to more balanced diets with emphasis on plant-based food. This will provide opportunities to increase efficiencies in re 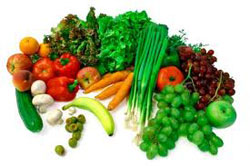 3. Increase production efficiencies. This implies the strategic use of scarce and expensive inputs such as fertilizer, pesticides, water and animal feed. There is room for reallocation of resources from areas that use too much to areas where not enough inputs are used.

4. Reduce waste and spoilage. It is estimated that 30 percent of both plant and animal-based food is wasted in the supply chain due to lack of markets and infrastructure. Consumers and retailers should also consider reducing domestic waste.

5. Address the issues of land degradation and unrestrained agricultural expansion at the expense of rain forests and wetlands. The Food and Agriculture Organization (FAO) has reported that from 1990 to 2005 the world lost 3 percent of its total forest area. Net forest losses amount to 7.3 million hectares per year. Some 40 percent of world’s agriculture land is degraded, exposed to erosion and loss of top soil. Embracing conservation practices on forests and wetlands preserves soil quality and biodiversity and reduces the overall carbon footprint from agriculture.

One important consideration that needs to be added to this list is the role of science and technological innovation towards increased agriculture production. This includes the potential applications of biotechnology and genetically modified crops. That topic will be discussed in Part 2 of this series.

Throughout the past, agriculture has faced many complex challenges. Human ingenuity triumphed when confronted with the same challenge in the mid-20th century. It was achieved through the implementation of the “green revolution” spearheaded by U.S. scientists. This time, however, a new blueprint will be needed considering the scarce natural resources and fragile environment.

The challenge to feed the expanding population requires global approaches. A fundamental need for any successful outcome would be the greater cooperation, respect and compromises between opposing viewpoints, rich and poor economies, rural and urban populations, traditionalists and environmentalists, and food producers and consumers. The demands of feeding a global population will economically impact our local farmers, consumers and rural communities. Michigan State University Extension with its tradition and history will be called upon to educate and assist all segments of the society in dealing with this humanitarian issue.

For additional information, read Solutions for a cultivated planet by Foley et al. Nature. Volume 478 337–342 pp. Oct 20, 2011, and Sustainable agriculture systems in the 21st century by the National Research Council.

Read the rest of the series:

Grant funding for growers -- Part I

Challenges to feeding the seven billion and beyond – Part 3: Role of fertilizers

Challenges to feeding the seven billion and beyond – Part 2: Role of scientific innovations