Chicken and Egg in Nigeria: A Dynamic Economic Subsector

Our study shows that increased consumption of poultry products is occurring alongside rapid urbanization and growth in the poultry industry with active engagement by a much broader set of actors than traditionally perceived. 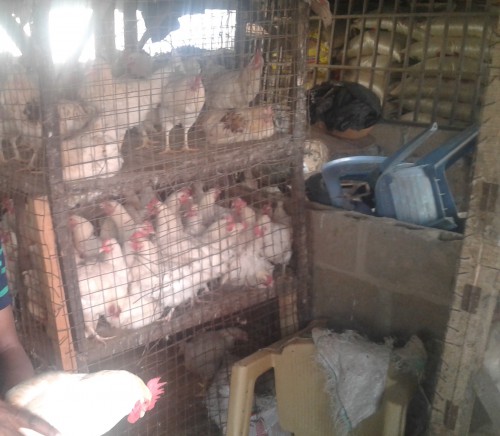 Contrary to the idea that Nigeria is inundated with illegal imports of poultry products, we found that domestic production is likely able to meet  about 85% of domestic consumption, while illegal imports appear to represent only about 15%. This suggests that supporting sustainable growth of the domestic poultry subsector could be an effective strategy to address the illegal smuggling of poultry products.

It is also often thought that poultry production in Nigeria is predominantly in the South. We found that the North has about 60% of the share of small farmers’ chicken holdings, versus 40% in the south. However, rapidly emerging medium-large scale chicken farms are indeed mainly in the South.

Chicken production in the North appears to be very important to small holders. Farmers in the hinterland of the North who are far from major markets, have twice as many birds as those far away from markets in the South. With such high poverty rates in the North, support for these smallholder chicken farmers could improve their living conditions and address food security concerns.

In the Southern part of Nigeria, both consumption and production of chicken are relatively spatially concentrated in the urban and peri-urban areas. To further satisfy the increasing egg demand of urban areas, significant investment in rural infrastructure should be made to connect towns to rural poultry farms.

An empirical analysis confirms an active and diverse engagement in the Nigerian poultry sub sector. While female headed households might be less likely to engage in poultry production, women as a whole (largely spouses) are more likely to be engaged in the poultry sub-sector in Northern. Nonetheless, women tend to operate at a lower scale than their male counterparts; an issue worthy of further attention. Young Nigerians between the ages of 24 and 35 are also actively engaged in the sector; an important consideration for necessary policies to stimulate employment while developing the subsector. We also find evidence of active participation among retired household members 60 years and above (not necessarily household heads).

All these call for a more nuanced approach to supporting the sectors growth given such diverse participation. There is a dire need for further critical analysis to understand the differential factors affecting the successful participation of specific population groups as this will be critical for developing appropriate strategies for the sub sector.