Court clarification on Right to Farm and local regulation

A published Michigan Court of Appeals case provides clarification over the confusing issue of local regulation and the Right to Farm Act.

A published court case on the Michigan Right to Farm Act was released in the later part of September 2013. In that case, Lima Twp. v. Bateson, the Court of Appeals walked through some of the basic principles in interpreting and applying the Right to Farm Act (RTFA) for purposes of local government regulation of farms and agriculture.

This case was partly concerned about whether the activity taking place on 30-acres was farming or not. The Court of Appeals sent the case back to the trial court in Washtenaw County, Mich. with instructions on how to determine if the operation was a farm as used in the RTFA. Those guidelines are now case law for all of Michigan.

What is significant in reviewing this case is that the Court of Appeals reviewed the RTFA and made several points clarifying some aspects of the RTFA concerning local jurisdiction. Also significant is that the case is published, providing guidance in the form of court precedence. Most existing RTFA court cases are not published. Unpublished cases need not be followed by any other court, except in the court issuing that opinion. But, a court may find the unpublished case persuasive and dispositive, and adopt it or its analysis.

The courts findings in Lima Twp. v. Bateson were: 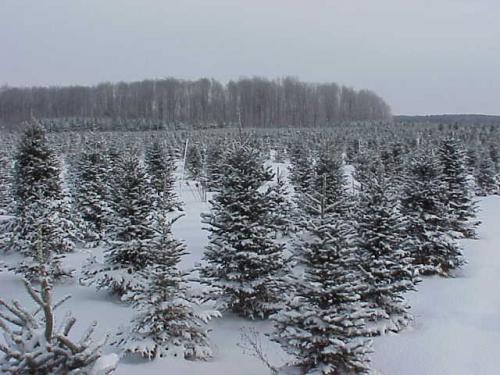 Items four, five, seven, and eight reiterate in a different format the four part test that has been used to explain this in the past. All four points must be found true for RTFA protection: (1) it is a “farm operation”, (2) producing a “farm product”, (3) with intent to be commercial, and (4) the operation follows GAAMPs.

In this case, the court ruled trees are “farm products,” but the trial court had not resolved if the appellants showed a preponderance of evidence of intent to produce trees for sale. The Court of Appeals remanded the case back to the trial court to make findings with respect to the applicable GAAMPs and conclude whether the appellants were maintaining a farm or farm operation, with the appellants bearing the burden to prove compliance with the GAAMPs by a preponderance of evidence.

In May 2017, the trial court ultimately concluded that Bateson was not maintaining a farm operation and ordered the nuisance activity abated under Lima Township’s zoning ordinance. Again, Bateson appealed to the Court of Appeals. In an unpublished opinion (No. 338934) issued October 11, 2018, the Court of Appeals found the trial court did not err when it determined that the Right to Farm Act did not preempt Lima Township’s zoning ordinances.

For those interested in RTFA case law, this long-running case is worth the read. Also, Michigan State University Extension keeps a set of materials related to zoning and the RTFA. One of these materials is a compilation of RTFA court cases, including those mentioned in this article: Selected Zoning Court Cases Concerning the Michigan Right to Farm Act.

Ombudsman – What is that?