Feeding the world in 2050 and beyond – Part 1: Productivity challenges

Increasing productivity is a more sustainable approach to feeding the global population in 2050.

The general consensus is that global agriculture production has to be increased by about 60-70 percent from the current levels to meet the increased food demand in 2050. This takes into account several factors. First, the changes in dietary habits. Increased economic growth and income levels in the developing countries are leading drivers for people to eat more animal proteins and dairy products. This implies producing more food to feed animals under intensive- feeding systems—animals are not efficient feed converters. For example, beef cattle generally need 8-10 kg of feed to produce 1 kg of meat. In terms of calories, for every 100 calories fed to animals in the form of edible crops, the return is only about 25 calories in the form of meat and dairy products. 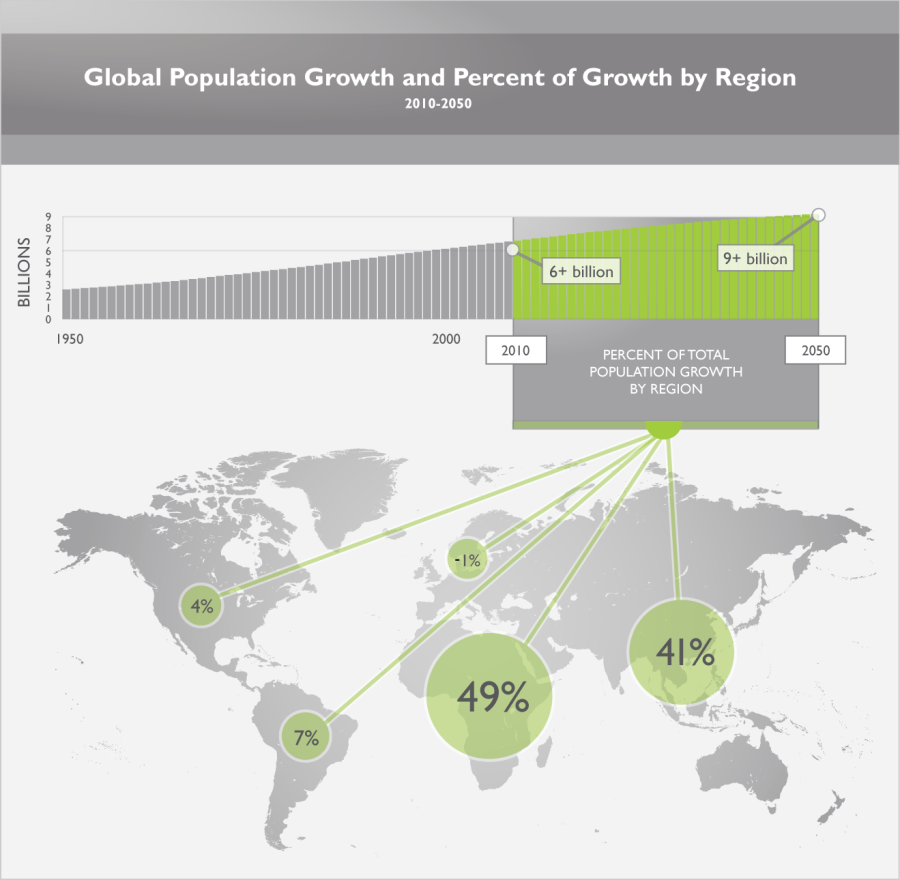 Second, a significant portion of the grain is now being utilized for biofuel production such as ethanol and biodiesel. Currently, 40 percent of U.S. corn crop is used for producing ethanol. Third, in the next few decades we expect unprecedented urban growth, particularly in Africa and Asia. Today, 55 percent of the world’s population lives in urban areas, a proportion that is expected to increase to about 70 percent in 2050. Urbanization has considerable impact on patterns of food production and consumption habits. It often stimulates improvements in infrastructure, including cold chains, that will allow perishable goods to be traded more widely. All these factors will exert a heavy burden on the existing arable land to produce more human food in 2050.

Increasing the amount of arable land is a logical answer to increase food production. Currently, there are about 1,500 million hectares of arable land worldwide (Fig. 3). In the past 40 years, about one-third of the arable land has been threatened by erosion, sea water and pollutants degrading soil health and biological productivity. As the majority of fertile land is already under crop production, expansion of arable land will be limited to some regions only.

In 2050, the arable land will increase by about 200 million hectares, mainly from Sub-Saharan Africa and Latin America. This expansion may come at a heavy price as deforestation, in the Amazon for example, would cause severe ecological upheavals and release of more carbon stored in the soils to the atmosphere. These virgin lands are not readily available for agriculture as they lack chemical, physical, biological and infrastructure requirements for single crop species. 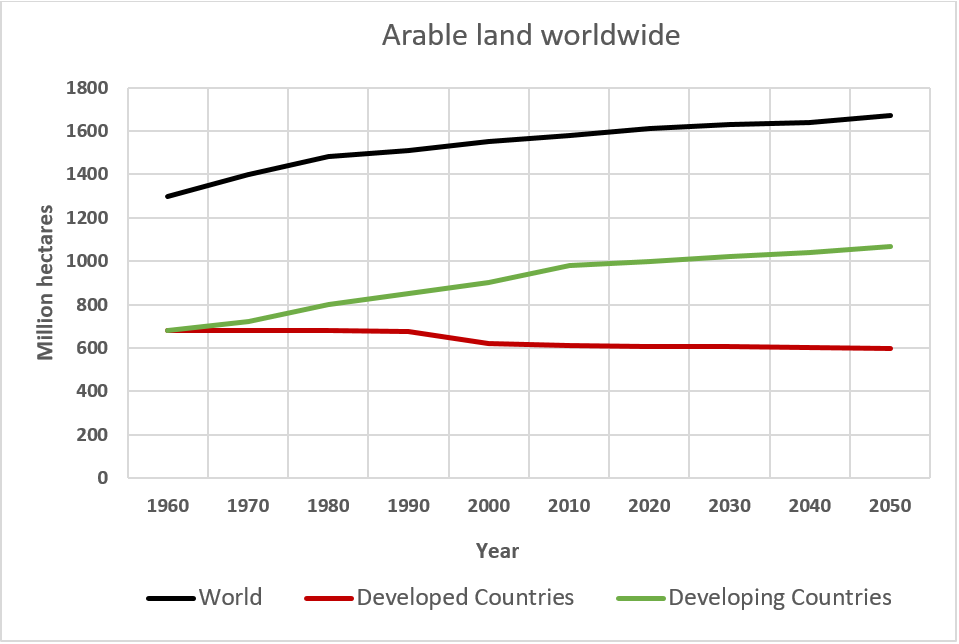 In contrast, increasing productivity currently presents a more sustainable approach to food security. The potential to increase crop yield even with existing technologies is considerable. Provided the appropriate socio-economic incentives are in place, there are significant yield gaps (difference between potential yield versus actual yield) that could be exploited.

Part 2 of this article will discuss the Total Factor Productivity (TFP) aspect, which is the ratio of agricultural outputs (gross crop and livestock output) to inputs (land, labor, fertilizer, feed, machinery, technology, etc.). The TFP measures changes in the efficiency with which these inputs are transformed into outputs. Today, this index accounts for the largest share of growth in global agricultural output.

Do you run a food-related business? Check out the new MarketMaker web tool: Part 1

Licenses to direct market individual cuts of meat in Michigan