Careful planning and perseverance are needed everywhere crops are grown, but maybe even more in Michigan’s far north. 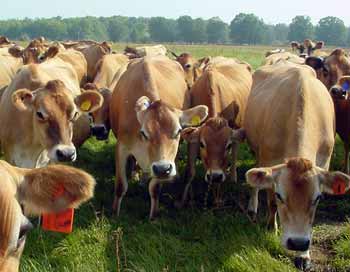 Short growing seasons, cool temperatures and mediocre soils contribute to the challenge of profitable crop production in Michigan’s Upper Peninsula. That is why most agriculture is animal-based in the region. However, animal-based agriculture including dairy, beef and small ruminant production is ultimately dependent on good crop production. Forage is the primary crop of the Upper Peninsula. Generations of farmers have demonstrated that forage crops including cool season forage grasses, well-adapted legumes like alfalfa, clovers and birdsfoot trefoil can be profitable, whether fed to livestock or sold off the farm. Corn silage is also a dependable crop. Improved, short-season corn hybrids are being raised in the region for high moisture corn. Grain crops have typically included oats and barley. However, the recent, dramatic increase in the market value of grains has more Upper Peninsula farmers interested in winter wheat and other small grains as cash crops. There are also areas in Delta, Schoolcraft, Menominee and other counties where soils and climate are favorable for dry edible bean production.

The short length of our growing season in the Upper Peninsula is limiting. A typical growing season in much of the region is 100 days from frost to frost. In the southern tier of counties, the growing season is a little longer and often a little warmer. Crops requiring a longer growing season will not give good, consistent results from year to year. Some people think the current trend of climate warming may allow new farming opportunities in the future.

Sources of agricultural equipment, seed, crop protection materials, lime, fertilizer and custom field work are few and far between across the Upper Peninsula. In many areas, there are few farms, so sharing equipment and labor with neighbors is less convenient. Farming “pockets” exist in other areas like Pelkie, Engadine and Chatham, Mich., where groups of farmers can band together to improve access to these types of inputs. The main farming areas include Menominee, Delta and Chippewa counties.

Distance to markets is another challenge for Upper Peninsula growers looking to sell traditional farm products and potential “new” products. Improved commodity prices make crops like wheat more attractive to Upper Peninsula producers, but along with learning a new crop, they have to become acquainted with trucking arrangements to distant receiving point – a new thing for many local farmers. Others have been trucking products like potatoes, hay, spring wheat and dry beans several hundred miles each year for decades.

A listing of Upper Peninsula crop choices will look similar to this: 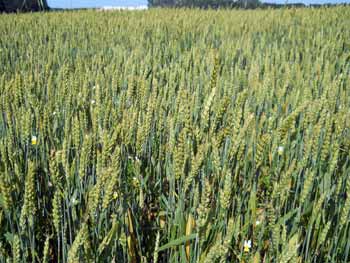 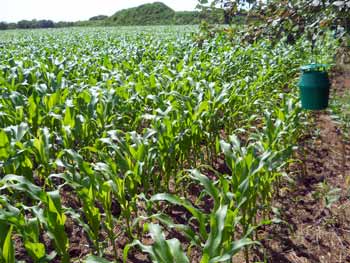 Opportunities for profitable crop production change occasionally. Right now, a good market for hay and forage crops exists because of recent shortages caused by drought and the shift of production acreage away from forages to cash grain crops. There may be opportunities for Upper Peninsula farmers to take advantage of underutilized agricultural lands to address this need and turn a profit while doing so. Experts have predicted that high forage prices will hold for this year, and possibly into the future. Both perennial and annual forages are selling well in this market. Annual crops grown for forage will not require the investment and risk of establishing perennial forage crops and may be a good way to test the market.

Despite production and marketing challenges, there are opportunities for farming in the Upper Peninsula. Land is still relatively cheap (see the Michigan State University report “2012 Michigan Land Values and Leasing Rates”) and the environment is well-suited to forage-based farms. Soils in some areas are adequate for profitable grain farming as well, depending on commodity prices and transportation costs. Just like anywhere else, prospective new farmers need to thoroughly research the enterprise potential from all possible angles.

Hayfield Fertility on a Budget