Michigan is ranked one of nations best for breweries, microbreweries and brewpubs. To strengthen this important industry, Michigan should explore legislation that benefits both brewers and farmers in the state. 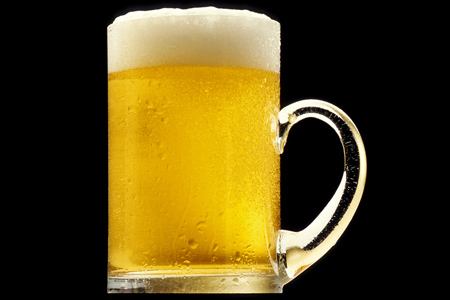 In both 2011 and 2012, the Michigan Legislature offered a resolution designating July as Craft Beer Month in Michigan, citing both economic benefits and benefits to Michigan’s agricultural community.

It’s a well-deserved designation. According to the Michigan Brewers Guild, Michigan ranks fifth in the country in terms of its number of breweries, microbreweries, and brewpubs.

The benefits of Michigan’s 100-plus breweries extend beyond the production of delicious locally brewed beer.  The Michigan Brewers Guild estimates that Michigan's brewing industry contributes more than $24 million in wages with a total economic activity of more than $133 million.  Michigan craft brewers purchase many Michigan-grown agricultural products, including hops, wheat, beet sugar, cherries and apples.

How can Michigan’s elected officials support and strengthen this growing industry? The Northeast may offer some clues.

It accomplishes these goals by:

With steady growth in hops production across Michigan and a thriving agri-tourism sector, developing a farm brewery license would complement the state’s wineries and cideries and offer another unique experience for tourists and locals alike.

In addition to the economic benefits of regional “farm brewery trails,” legislation could be written to enhance the benefits to Michigan farmers as well. Mirroring New York’s law, Michigan could take a phased approach. As an example, perhaps in order to receive a “farm brewery license,” by 2024, 90 percent of the hops and 90 percent of all other ingredients must be grown in Michigan.

As the “Great Beer State,” it's time for Michigan to join the ranks of other states like New York, Massachusetts and Maryland and enact legislation to support Michigan’s farmers and growing craft beer industry.

Is Michigan the beer state?

Michigan’s Thumb is starting to “hop”