The heavy rainfall encountered throughout the northcentral portion of the state over the last two weeks has many growers wondering how to approach management for the remainder of the season. There are a couple of items to consider moving forward.

The first step is to determine whether plants survived being under water or in saturated soil. Seed that has germinated but not emerged is also susceptible to excessive water damage. In corn, most of the plant mortality will be in localized low areas of the field that were subjected to standing water. The survivability of plants or seedlings under water is dependent on temperature, growth stage, variety, soil type, nutrient status and other factors but is generally in the 24- to 96-hour range. In cool temperatures, plants will survive longer as respiration slows. Conversely, when temperatures warm up, plants consume oxygen quicker, and submerged plants will not survive as long. In cool conditions, corn can survive four days submerged.

With soil temperatures warmed up in the upper 70s, submerged corn may survive for only 24 hours. In soybeans, soilborne disease such as pythium and phytophthora can result in plant mortality beyond those areas that were under water. In assessing a soybean stand, for more fertile soils, a minimum of 80,000 to 100,000 living plants per acre are needed to approach the full yield potential of the field. In poorer soils, 100,000 plants per acre are needed. In situations with less than the minimum number of plants remaining, the cost of replanting should be weighed against the expected increase in yield to determine if replanting will be economically feasible.

Generally, the time it takes for submerged soil to dry out enough to get equipment on for management is usually time enough to make a determination whether or not plants have survived. However, it can be difficult to determine survivability when plants are covered with soil and plant residue left behind by receding water. In these cases, split a plant lengthwise through the stem. The growing point should be relatively firm and white or cream colored. Darkening or softening of the growing point indicates a nonviable (dead) plant. 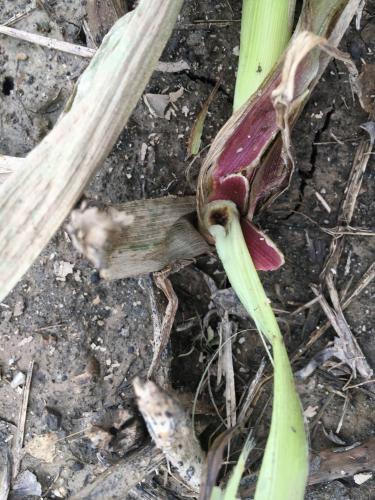 Unfortunately, since the flooding occurred later in the growing season, replanting for many will not be feasible. Planting cover crops to help prevent further erosion should be considered. Michigan State University Extension does not recommend planting corn after June 15. The rule of thumb most commonly applied to lost yield potential for delayed planting is 1 bushel per acre per day after May 10, and up to 2 bushels per acre per day after June 1.

Corn silage is one of the better forage crops to plant for both yield and quality when faced with late planting conditions. However, there is still a penalty. Wisconsin studies show that corn silage yields from June 10 planting dates were about 30 percent lower than optimal, and by the end of June, the reduction in yield was 50 percent. Soybeans can generally be planted up to the end of June, although yields will likely be reduced commensurate with the later planting date.

Unnecessary tillage operations on soils that may be marginally wet increase the risk of creating tire and tillage compaction layers that can haunt root development and corn health later if excessively dry conditions suddenly become the norm. 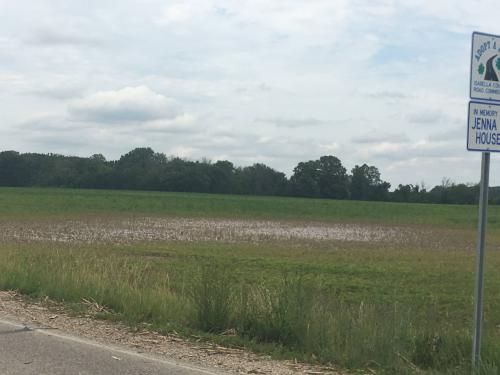 The presidedress nitrate test (PSNT) is an option for those growers that still have the opportunity to sidedress. PSNT results are more accurate if 40 pounds nitrogen per acre or less was applied at or before planting. If PSNT results measure greater than 25 ppm, no additional N is suggested.

Soil temperatures are generally high across much of the state so unless a nitrification inhibitor was used much of the early applied N likely has converted to nitrate. Denitrification may be an issue in those soils that remained ponded or saturated for an extended period of time. Fields with fine-textured soils and poor internal drainage will be at the greatest risk of denitrification. Estimates are that close to 5 percent of available nitrate may be lost per day of saturation.

Prior to the rainfall, many fields were heading into prime corn growing weather conditions and approaching peak stages of corn N uptake. The downward movement of nitrate through the soil does not necessarily mean that N is lost as corn roots can still grow into and access N that hasn’t reached a tile drain.

Corn that appears chlorotic and N-short may still have sufficient N stored in the soil. Root growth has likely been limited during the saturated conditions which limit plant growth and development. As soils begin to dry and plants resume growth, chlorotic looking corn may begin to green. Corn that was planted late and experienced dry early summer soil conditions may especially look N-deficient.

Although recent research in Michigan has shown that some yield potential may be sacrificed when the majority of N was applied at V10 or later, growers may benefit from a rescue N application as yields greater than 187 bushels per acre have still been achieved with late-season N applications when little to no N was applied pre-plant or early sidedress.

In flooded out areas include potential weed problems from weed seed brought in by encroaching waters, herbicide residue washed in from adjacent fields, loss of herbicide control from excessive leaching or erosion, loss of nitrogen through denitrification or leaching and increased incidence of phytophthora and other root diseases. Nodule function in soybeans is also reduced in saturated soil. However, nodule activity resumes to normal levels once the soil dries out. Scout fields closely for these factors and use a PSNT soil test to determine nitrogen losses.