Managing red clover that was frost-seeded into wheat

We don’t have a drought everywhere in Michigan!

I recently received a call from a farmer who has an excellent stand of red clover that was frost-seeded into his wheat. Living in southwest Michigan where we haven’t seen any rain in an extended period, I was excited and surprised. I guess it shows that not all of the state is in a drought. The farmer wanted to know the best way to manage his stand of red clover.

Having a good red clover stand can really help your soil and provide some nitrogen for you the following season. Since the wheat in the state has been harvested early this year, red clover can grow for an extended period.

Some management strategies for red clover are:

In middle to late August, mow the red clover.

When should you control red clover?

Studies we have conducted at Michigan State University and W.K. Kellogg Biological Station indicate that red clover can provide up to 90 lbs/A of nitrogen credit. We conducted a study where we frost-seeded red clover into wheat. In September, we mowed and removed red clover from half of the field and we did not mow and left the other half of the field throughout the winter untouched. Both treatments were controlled by chisel plowing in the spring. 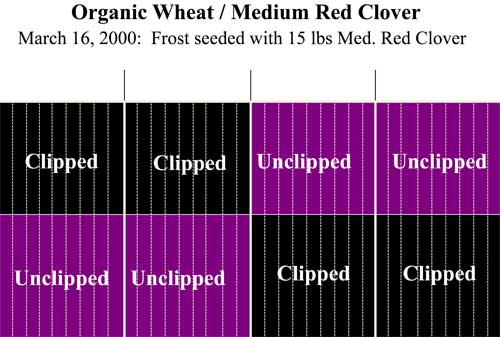 The field had half of the red clover removed and mowed, and the other
half not mowed. 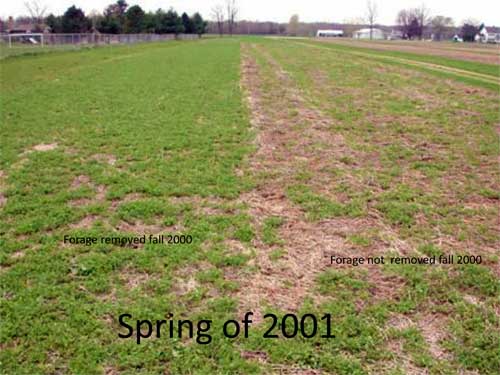 In the spring, the mowed and removed red clover had an excellent stand
as compared to the red clover that was not mowed.

We took pre-sidedress nitrogen tests in June and the results are shown in Table 1. 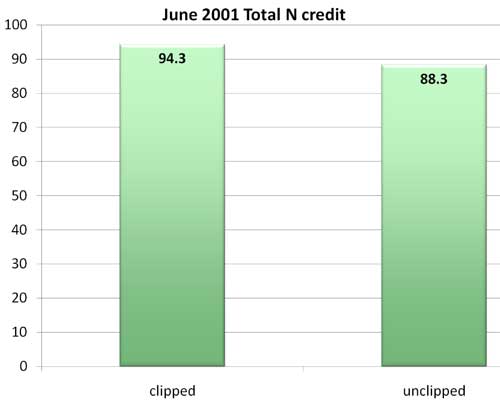 All indicators are that forage feed is in short supply. I’m not sure of the quality of red clover haylage, but these data would indicate that harvesting the red clover will not affect the nitrogen credit given for next year’s crop. This could be an option for some added value to your frost-seeded red clover if you need feed or have a neighbor who would want red clover forage.

Boron can be important in sugarbeet production