Michigan is driving forward once again – in rural Michigan too

Northern Michigan is part of the "pit crew."

Michigan had 337 qualified projects last year, up from just 85 in 2011. The figures do not include retail, government, school or hospital projects. New buildings and expansions must meet at least one of these criteria: invest $1 million or more, create at least 50 new jobs or add at least 20,000 square feet of new floor area. About half of Michigan’s projects were expanded manufacturing facilities. 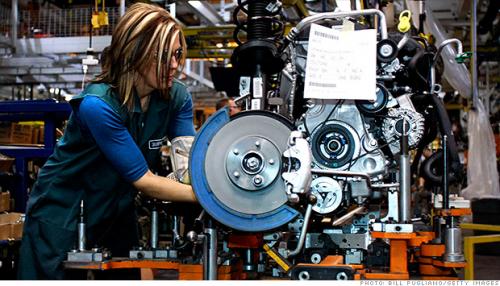 “Once again, the nation is taking notice of the bold reforms now driving Michigan forward. More companies are choosing to grow their futures in Michigan and that is reinforcing our well-earned reputation as America’s comeback state,” Gov. Rick Snyder said in a statement. “The best way to boost our state’s economy and improve the quality of life for all is to create an environment that encourages business investment, job growth and innovation.”

The ranking sends a message of Michigan’s "highly competitive business climate," said Michael Finney, president and CEO of the Michigan Economic Development Corp. “In the last two years, we have greatly improved Michigan’s business climate and infrastructure, making it easier for businesses to find new paths to prosperity, and our changes are paying off,” he said in a statement.