Michigan has 705 greenhouse operations producing $472 million worth of ornamental and vegetable crops. Kalamazoo and Ottawa counties have the greatest floriculture production in the state.

According to the U.S. Department of Agriculture (USDA) floriculture crops summary for 2015, Michigan continues to be the third largest floriculture production state in the United States with a wholesale value of $409 million for operations producing over $10,000 in sales. In 2015, greenhouse and nursery growers throughout Michigan were surveyed by the National Agricultural Statistics Service (NASS) to gain more insight to this important agricultural industry in Michigan. The Michigan Floriculture Growers Council worked with the USDA to include additional questions focused on energy-efficient production, labor and business challenges in the 2015 survey. 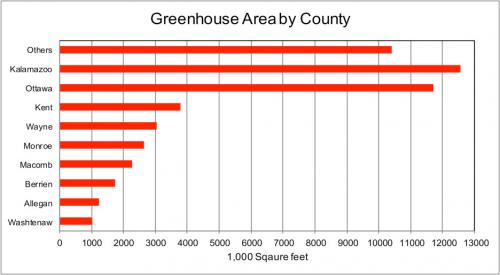 Figure 1. Kalamazoo and Ottawa counties have the greatest area of greenhouses in Michigan. 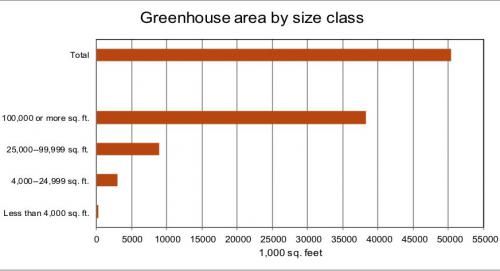 Figure 2. The area covered by greenhouses in Michigan and within ranges of greenhouse sizes.

Natural gas is the predominant fuel type used to heat greenhouses in Michigan. The average heating costs for the year was $36,500 per business. For greenhouse operations between 25,000 and 99,999 square feet, the heating costs averaged around $24,900, while the mean heating cost was $177,000 for greenhouses with a production area over 100,000 square feet. The top three energy conservation strategies implemented by Michigan greenhouse growers were reduce air leaks (60 percent), manage temperature according to finish date (48 percent) and using horizontal airflow fans (40 percent). Ten percent of greenhouse growers reported they use biomass as an alternative energy source while only 4 and 1 percent of growers implemented solar or wind technologies, respectively.

Supplemental lighting is often employed by greenhouse growers to increase crop quality and growth while photoperiodic lighting controls flowering of some crops. Seventy-two percent of the facilities with over 100,000 square feet of production used high-pressure sodium lamps for supplemental lighting of crops in order to increase crop quality. Forty-seven or 37 percent of these operations use incandescent or fluorescent lamps in their greenhouses, respectively. Of the greenhouses with less than 10,000 square feet of production space, 65 percent do not use any supplemental or photoperiodic lighting on their crops.