The 4-H Worm program introduces youth to raising worms for entrepreneurial projects. Children raise worms in household bins to either sell the worms to anglers or sell the exceptionally rich compost they generate to farmers and gardeners.

Laura Allen’s favorite quote of late is “inch by inch, it will be a cinch.” That’s one of many the Extension Career/Entrepreneurship Education Coordinator has come across since embarking on the 4-H Worm entrepreneurial project this year.

But Allen receives far more feedback from the pilot project than just quotes.

“There’s been a lot of enthusiasm for it,” Allen said. “When I submitted my grant in December to fund the project, I had ten counties that said they were very interesting in participating. I didn’t know we’d get 18 that wanted to be a part of it! We’ve got a nice mix of counties participating, too. They’re spread throughout the state; from all the way up in Schoolcraft and Delta Counties down to Monroe.” 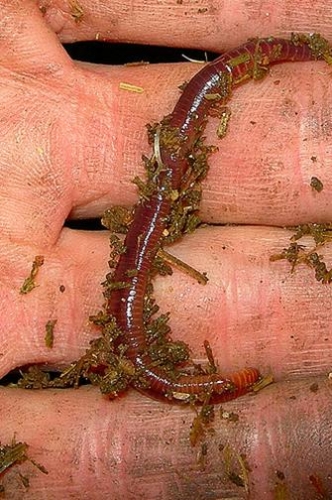 The 4-H Worm program introduces youth to raising worms for entrepreneurial projects. Children raise red wiggler worms in household bins to either sell the worms to anglers or sell the exceptionally rich compost they generate, called vermicompost, to farmers and gardeners.

The project made its debut at this year’s 4-H Exploration Days, an annual three-day event in which 4-H’ers across the state visit Michigan State University (MSU) to try out various pre-college educational sessions.

The worming session consisted of a two-day workshop featuring a tour of the MSU Student Organic Farm and a lesson on household worm bins at an East Lansing energy efficiency organization called Michigan Energy Options.

Exploration Days is a unique opportunity to spread the word about entrepreneurial worm projects.

“What happens at Exploration Days is the kids see how they could do this and they decide on the entrepreneurial potential for themselves,” Allen said. “Then they go back to their communities and say, ‘Did you know we could grow worms and make a profit?’ That’s the whole thrust behind events like 4-H Exploration Days and 4-H Business Expo: we just have a conversation with them, share some resources they could use and get them thinking about it, then they make it happen.” 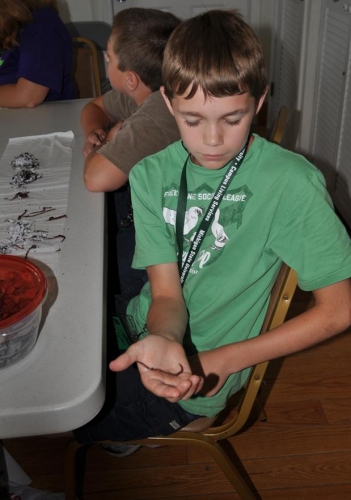 Several 4-H’ers are already profiting from worm farming. Twelve-year-old Sam Cooper jump-started a worm project in his Antrim County 4-H club. When county Extension Educator Dee Miller and Program Assistant Lori Eccles learned of Sam’s interest in vermicompost, they secured grant money for him to attend the 4-H Environment and Outdoor Education and Place Science Workshop at the Kettunen Center in Tustin, Michigan. Since then, Sam has become immersed in worm farming.

Sam is a great example of how entrepreneurial projects like 4-H Worm can help children grow, Allen says.

“When Dee Miller told me about Sam, she was just bursting with pride,” said Allen. “She says the worm farming project has been transformational for him. To think of being in front of a group of adults and teaching them what you know about vermicomposting, it’s awesome! He is gaining so much confidence. We want to hear more stories like that and I know we will.”

“About half of the sites are connected to worms for gardening and the other half for fishing,” she said. “So we’ve got a great range. Many of them also built what’s called ‘Social Entrepreneurship’ into their projects. They donate a portion of their sales to benefit a local need in their county. We really want to plant that seed as well: to give back to your community. That’s a very important role of entrepreneurs.” 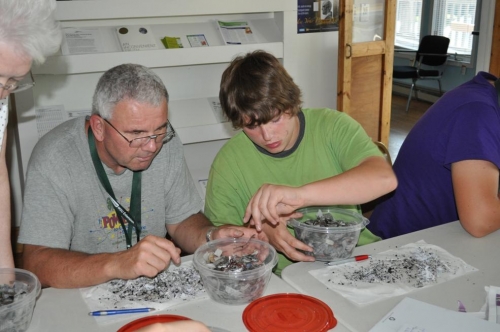 Eaton County 4-H’ers took a creative approach to social entrepreneurship with their worm project. They connected with a community gardening program to give some of the foods grown from their vermicompost to individuals in need. Eventually, the program may also teach people to grow their own gardens.

Currently, Allen is collecting feedback on the project’s first year. In the future, she’d like to make it available to more counties and expand the resources available to members, such as offering online career resources pages. Though 4-H Worm is still in its infancy, Allen has high hopes for the project.

“I think it has the potential to be a great program that stays around for a very long time,” she said. “It could be a great way to help kids in the environmental and outdoor education areas see that their love of nature and gardening can be a business.”

Michigan 4-H members celebrate April as a month of service

Raise your hand for Michigan 4-H!

Youth get a taste of dairy at Exploration Days