Know how to identify pine bark adelgids and what chemical control measures are required if needed to protect tree health.

The pine bark adelgid (Pineus strobe) is found throughout North America and Europe, and throughout the United States wherever white pines grow. This insect is quite small, dark and covered with white, waxy strands. 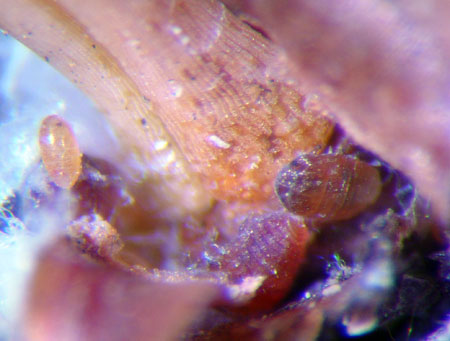 Infested trees can be recognized by the presence of patches of this white, cottony material on the smooth bark of the trunks and limbs and at the bases of needles or buds. Heavily infested trees may appear whitewashed. The insect uses its long, needle-like mouthparts to pierce the tree bark and feed on the sap. Feeding is limited to the bark of the tree. 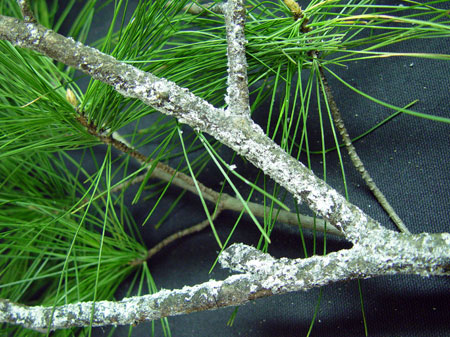 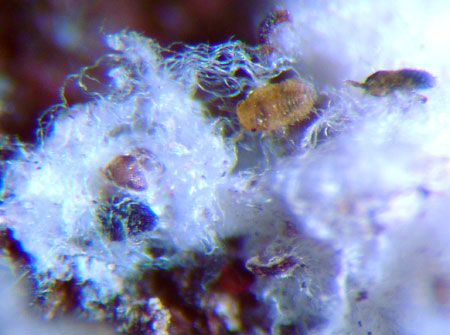 The adelgid overwinters as nymphs and during the first warm days of spring they begin feeding. Eggs are laid early in the spring and begin to hatch in late April in Michigan. These eggs produce both wingless and winged forms. The wingless forms fly off to nearby spruce trees to lay eggs, but the offspring from these eggs eventually die. The wingless forms that remain on the white pine produce as many as four more generations during the growing season. Healthy, infested trees do not appear to suffer any permanent damage from pine bark adelgids; however, the cottony patches may affect the overall appearance of the tree.

Pine bark adelgids seldom require chemical control measures to protect the health of the tree. However, nursery growers may need to treat trees they plan to sell. If large numbers persist, dormant oil sprays, insecticidal soap and insecticides are effective in killing overwintering nymphs if applied during the spring before nymphs mature and lay eggs. According to Michigan State University Extension, dormant oils, superior (summer) oils and insecticidal soap will reduce aphid numbers without harming beneficial insects. When using oils, be sure to read and follow all the instructions and safety precautions found on the label to avoid injury to the tree.