Reduce or prevent cutting loss by prioritizing sticking and updating your cultural procedures.

Although you may not know what environmental stresses the cuttings experienced prior to you receiving them, there are several cultural procedures such as using a rooting hormone that can help reduce losses. Therefore, we will review the procedures on how to prepare for, prioritize and handle cutting shipments to improve rooting success.

Boxes containing cuttings should be opened immediately and inspected for quality (e.g., appropriate length, caliper, leaf number and size), proper labeling and quantity, noticeable signs of damage, stress, disease or insects, and you should determine the cutting and box temperature with a temperature probe or infrared thermometer (Photo 6). Cuttings should be removed from the box to cool as quickly as possible, especially if the temperature of the cuttings is greater than 68 degrees Fahrenheit or the shipment has been in transit and delayed for more than 48 hours.

Sticking priority of herbaceous annual and perennial unrooted cuttings is generally categorized as first (high), second, third and fourth (low) priority species. This categorization is based primarily on sensitivity to ethylene or temperature extremes during shipping or storage, difficulty in rooting or susceptibility to desiccation due to leaf size (Photo 7). 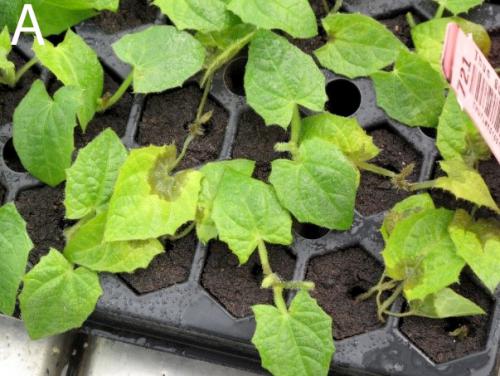 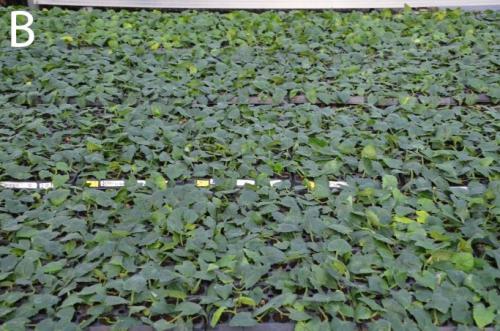 Photo 2A. Thunbergia is a first priority species and should be stuck immediately. It is slow to root, requires a higher mist frequency and rooting hormone. B. This grower prioritized the sticking of their Thunbergia crops and they have little to no losses. 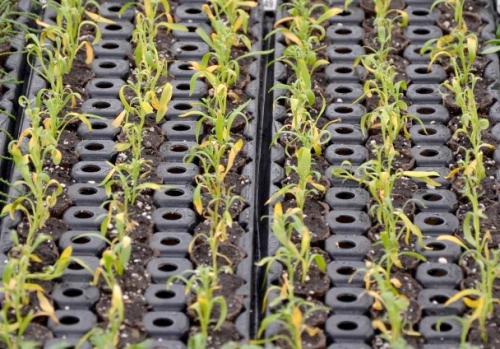 Photo 3. Lobularia is a second priority species and should be stuck the same day of arrival. Inadequate misting can cause leaf yellowing. Apply a fungicide spray to protect from Botrytis. 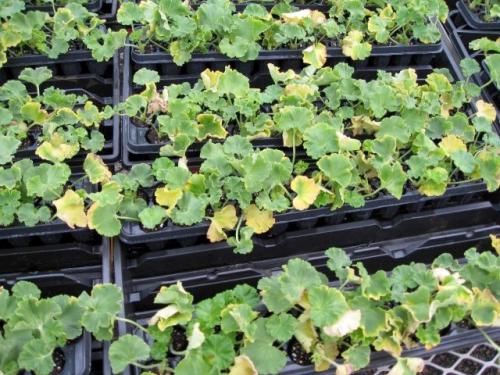 Photo 4. Geranium cuttings have a short post-harvest life and low tolerance to high temperatures during shipping or prolonged shipping or storage. 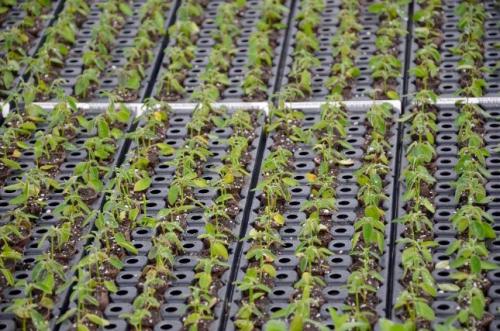 Photo 5. Euphorbia is a first priority species and should be stuck immediately. It requires an average mist frequency. 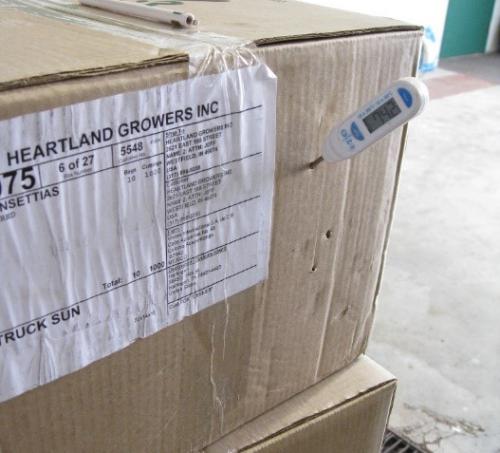 Photo 6. The temperature of a box containing cuttings is being measured. 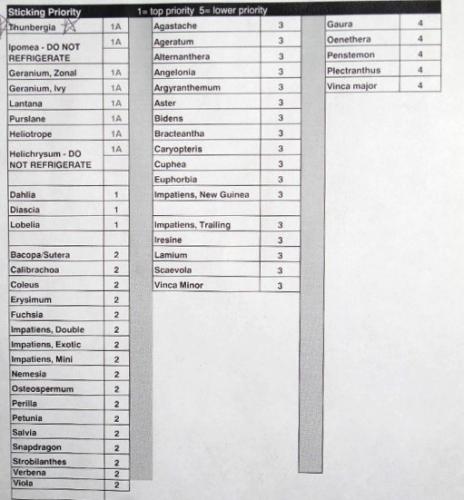 Photo 7. This grower has a cutting handling priority list on their cooler.

First-priority species are those that are sensitive to ethylene and temperature extremes. They are immediately taken out of packaging, stuck and placed in the greenhouse within four hours of arrival. These species include agastache, dahlia, crossandra, zonal and ivy geranium, heliotrope, hybrid euphorbia, lantana, lavender, lobelia, portulaca (purslane), sweet potato, thunbergia and wallflower. If you cannot stick these species the same day, unpack them and store under the appropriate temperatures.

When cuttings are not or cannot be stuck upon arrival, they should be taken out of the box and placed on shelves in a cooler at a high relative humidity, e.g., 80 to 95 percent (Photo 8). For cold-tolerant species, such as geranium and petunia, the temperature set point in the cooler should be between 41 to 50 F (5 to 10 degrees Celsius). Chilling-sensitive species, such as impatiens and poinsettia, should be placed at 50 to 59 F (10 to 15 C). 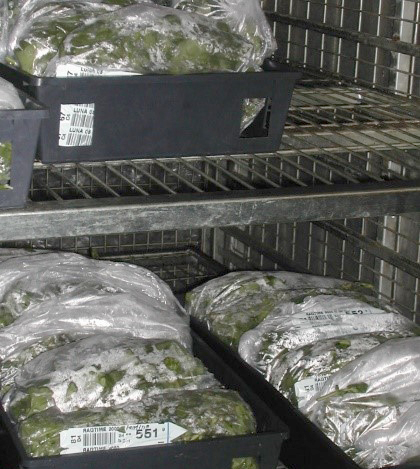 Photo 8. Cuttings that cannot be stuck upon arrival should be placed on shelves in a cooler at a high relative humidity.

Other tips to reduce losses

Rooting hormones are not required for the majority of unrooted cuttings, although difficult- or slow-to-root species and cultivars are often treated with stem or foliar rooting hormones to improve the uniformity of root initiation or to improve the rooting percentage (Photo 1B). The recommended concentration for stem and foliar application will vary by species. Examples of species that receive rooting hormone treatments include bracteantha, calibrachoa, crossandra, dahlia, gazania, heliotrope, hibiscus, lobelia, mandevilla, osteospermum, salvia and thunbergia.

Dipping the stem into a liquid or powder formulation of IBA is the most common approach. Stem application rates of IBA range from 500 to 3000 ppm. Foliar application of IBA to newly stuck cuttings can also promote rooting while reducing the time and labor required for dipping cuttings.

Foliar application rates of IBA range from 50 to 500 ppm. The potassium-salt formulation of IBA is often used for foliar applications as it is water soluble, and therefore causes less foliar damage compared to alcohol-soluble formulations. For more information, refer to the Michigan State University Extension article, “Rooting hormones improve uniformity among vegetative cuttings.”