Updated from an original article written by Jamie DePolo, depolo@msu.edu.

Sue Nichols, who has supported and extolled research spanning rare isotopes, manure management, and Rwandan coffee, as well as the intimate habits of giant pandas, has become Michigan’s first science communicator to be named a fellow by the American Association for the Advancement of Science (AAAS).

Nichols is assistant director of Michigan State University’s Center for Systems Integration and Sustainability (CSIS) in charge of strategic research communication. AAAS is recognizing her “for distinguished contributions to science communication across disciplines and across the globe, particularly for groundbreaking work to integrate communication practices with research endeavors.”

With an appointment in the Fisheries and Wildlife department of the College of Agriculture and Natural Resources, she is one of three MSU faculty members named AAAS fellows this year, bringing MSU’s fellow total to 59. Also being recognized are Federica Brandizzi in plant biology and nuclear physicist Remco Zegers at the National Superconducting Cyclotron Laboratory.

“It is a tremendous honor to have Michigan State’s support and vision for strategic research communication be recognized,” Nichols said. “Not only are exciting stories of science important, but clear and compelling communication also has a place in the scientific process. I’m proud to be at an institution that has encouraged progressive contributions to important solutions while helping reinforce the power of well deployed words.” 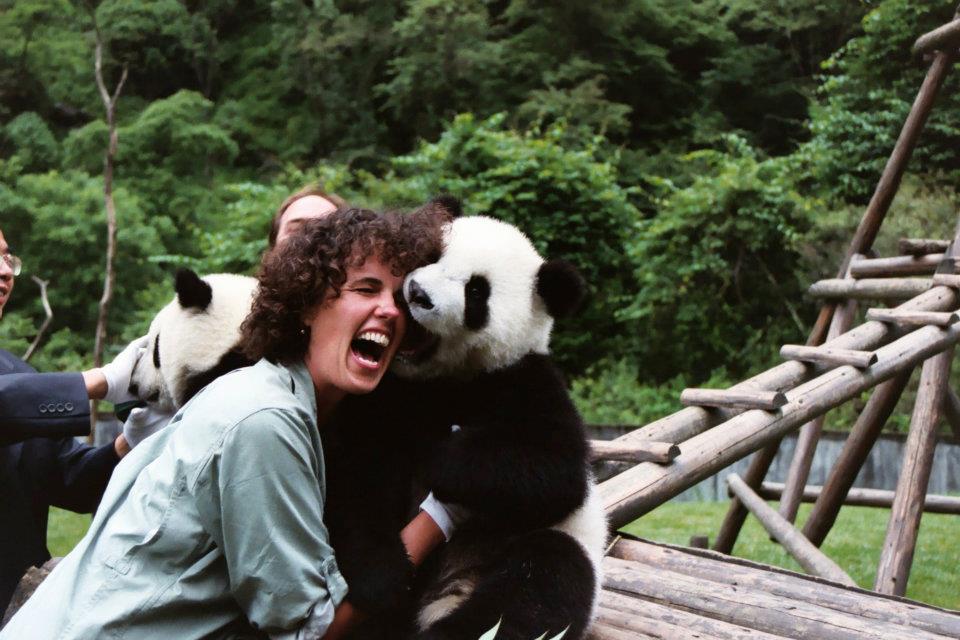 In her eight years at CSIS, Nichols has written about sustainability science ranging from how wildlife --  including pandas in China and tigers in Nepal – coexist with humans; the environmental impacts of soybean trade between America, Brazil, and China; and global fisheries. She also has contributed to manuscripts, grant proposals, presentations, and other scientific and outreach efforts.

“Sue is an outstanding supporter of science and international development. This passion for, and faith in, science has taken Sue’s work to places rare for science communicators,” said Jianguo “Jack” Liu, Rachel Carson Chair in Sustainability and CSIS director. “She is an exceptional mentor of students and other early-career scientists as well as established scientists.”

In addition to receiving her fellow certificate and rosette at the AAAS annual meeting in February in Washington, D.C., Nichols, with Liu, is co-organizing a symposium at the event.

Nichols has been a science communicator at MSU for more than 23 years, with a two-year stint at the University of Michigan. She began her career as a newspaper reporter after graduating from MSU with a journalism degree.

This year, 416 AAAS members were named fellows on the basis of their scientifically or socially distinguished efforts to advance science or its applications. The tradition began in 1874.