By now, many people have heard of the emerald ash borer (EAB) Agrilus planipennis Fairmaire. First identified in Michigan in 2002, this destructive invasive insect has killed millions of native ash trees (Fraxinus spp.). Native ash trees have little or no resistance to EAB. Research forester Kathleen Knight with the United States Department of Agriculture (USDA)’s Forest Service was inspired by a native tree that somehow managed to survive EAB while all the other ash trees in the study plot were not so lucky. Knight and her colleague Jennifer Koch were interested in understanding why some native ash trees were able to survive EAB while a majority of others have died. In order to further understand the mechanism of resistance, researchers must study as many “survivor” ash trees as possible. Key to this research is to look at different species and genetic diversity within the same species.

While they have done some research on survivor trees that they found or were referred to by other scientists, they are now reaching out to residents to identify survivor ash trees in Southeast Michigan and Northwest Ohio. Survivor trees are those that survived the infestation and remain healthy. These areas include 10 counties in Michigan and 7 counties in Ohio. These areas were specifically selected because they were hit hard by EAB, have been infested by EAB for a long time, and whose large ash trees died at least two years ago. These specific criteria are included trees identified are true survivor trees and were not simply lucky to have been spared from death by EAB. Over time, the target area will expand each year to include more healthy ash trees. 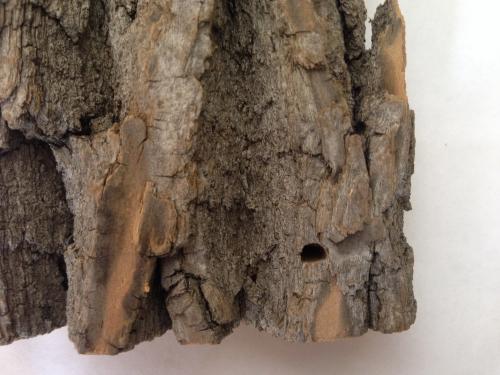 Researchers are looking for ash trees in natural wooded areas that meet all of the following criteria:

Knight and Koch and partners from Ohio State University will then identify the strongest survivor trees and take cuttings from these trees. These cuttings will be propagated in a greenhouse.  When these trees become large enough, EAB eggs will be placed on the trunks and scientists will study the mechanism which allows each tree’s response for either tolerance or resistance to EAB. What they are specifically trying to determine is whether this mechanism is a genetically heritable trait. If it is, they hope to be able to identify trees with this rare combination of genes to breed trees that are resistant to EAB.