Timely rainfall occurred across portions of the region last weekend, while other areas remain dry.

Some very timely rainfall occurred across portions of southwest Michigan over last weekend, while other areas remain frustratingly dry. The precipitation from these storms was very highly correlated with being under the highest cloud tops. These cells tended to train over relatively limited areas. The “normal” precipitation for this period would be around 2.8 inches to 3 inches, so plenty areas remain drier than usual to very drought stressed. The orange portion of the graph in Figure 1 shows how much of the total rainfall for the month occurred during this storm event.

Evapotranspiration rates for the rapidly developing crops are approaching 0.22 to 0.25 inch of water per day as both corn and soybean growth progresses towards their season maximum crop water removal rates.

Crop development continues to be all over the board this growing season. Planting delays have corn plant heights ranging from early grain fill through V5. Western bean cutworm moths continue their flight across the region. 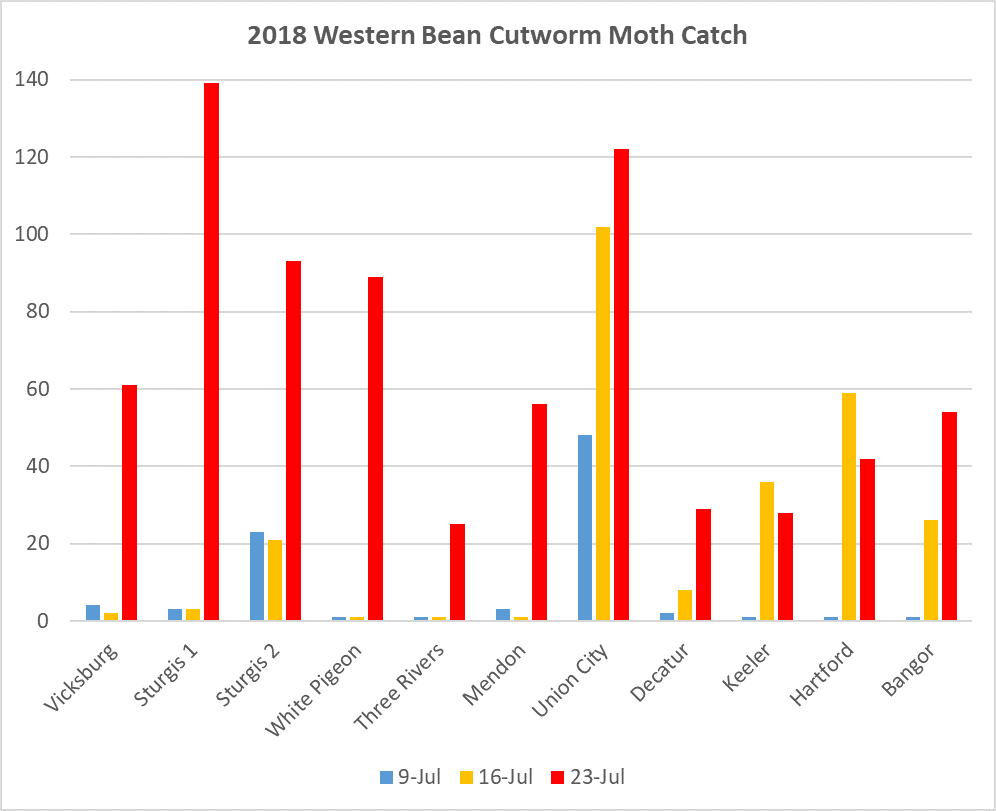 Early laid egg masses began to hatch last week in Van Buren County. The young larvae move up the plant to feed on pollen packets on the tassels before moving back down to invade the ears at the silks or through the side of the husks. Treatment threshold is reached when 5 percent of the plants have egg masses (cumulatively).

Like corn, soybean growth and development is all over the board depending on when the fields became dry enough to plant. Advanced soybeans are at R3. Some soybeans are at V1 to V2, not far ahead of what we might expect for second crop soybeans following wheat.

We began seeing signs of soybean sudden death syndrome in fields in early July. A return to moist conditions in some lucky areas of southwest Michigan may make white mold a potential issue, especially in fields that were irrigated just prior to last weekend’s rains. Remember, the wounds caused by the flower sepals separating from the plant can be sufficient to allow for infection of the plants. MSU Extension field crops pathologist Martin Chilvers has developed “Sporecaster,” a smartphone app that can be used to help predict when white mold spores are likely to infect soybean fields.

While armyworm has been a sporadic problem across the state in corn fields, we have seen much less in the way of insect damage in this crop so far. However, dry conditions can lead to challenges from an insect pest like spider mites. The pictures below were taken this week from a field near Lawton, Michigan, in Van Buren County that was dry, but benefited from some heavier rainfall over the weekend. 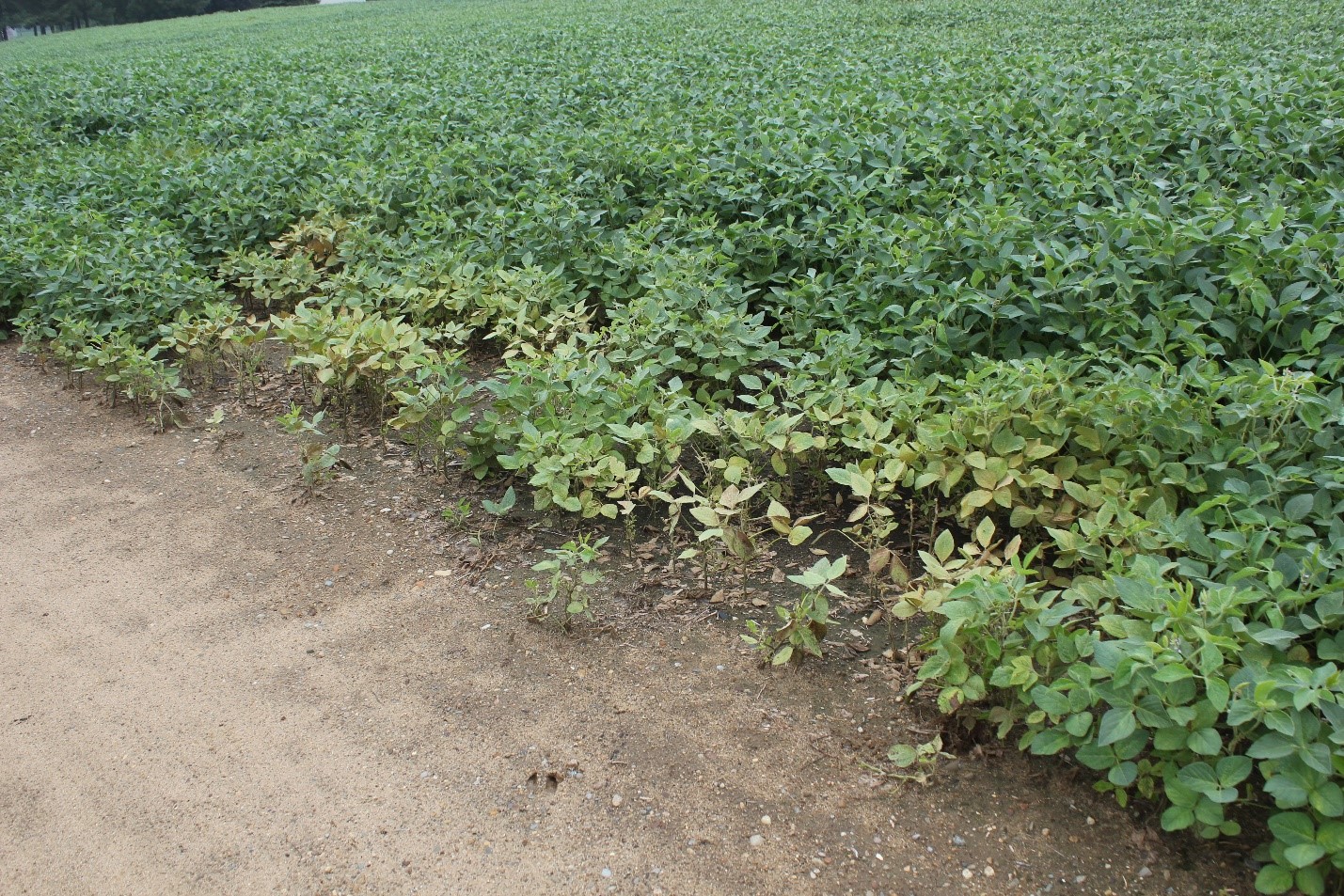 You can see that this hotspot in Photo 1 started along a gravel roadway on the farm. We often see areas in fields like this benefit from rainfall, which can help jumpstart populations of pathogenic fungi that help to keep spider mite and soybean aphid numbers under control. However, spots like this bear watching over the next several weeks. Mite numbers, once established, do not always drop.

At 1/50 of an inch in length, it is nearly impossible to find the mites. They can be seen as specs of dust moving on sheets of white paper when leaves are shaken over the page. Watch for areas of yellowing leaves that show a stippled pattern of damage. Advanced damage exhibits a bronzish appearance (Photo 2). Watch carefully for symptoms that appear to move out in an expanding pattern from these initial hot spot locations. Areas like this can be treated quickly and at relatively low cost compared to treating a whole field.

Remember, spider mites can move from area to area in fields by producing a short web and traveling on wind currents. They are particularly prone to doing this as populations quickly climb. A return or continuation of dry weather can push these fields above threshold for treatment.