Heat and drought from 2012 contribute to this year’s copious crop of cones.

The effect of last summer’s (2012) record-setting heat and drought is still being expressed by many trees throughout Michigan. A short drive around most parts of Lower Michigan will provide evidence of a bumper crop of cones on many spruce trees, especially white spruce, in yards and windbreaks (Photos 1-2). 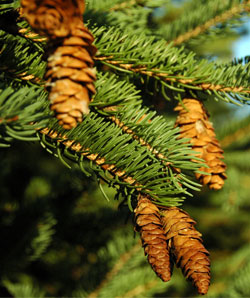 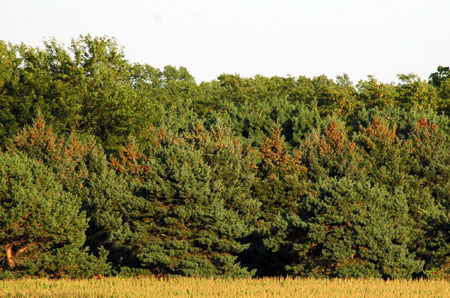 Photos 1-2. 2013 has been a heavy cone year for white spruce trees in landscapes and windbreaks.

Many conifers, including spruces, firs and Douglas-fir, produce cones in a two-year cycle. Cone buds are produced in the first year and then cones develop and mature in the second year. Accordingly, cones we are seeing on spruces in September 2013 are the result of buds that were formed during the summer of 2012 when many trees were stressed due to high temperatures and drought. White spruce trees, in particular, are producing large amounts of cones this year, although Serbian spruce and Norway spruce trees also appear to have higher than normal amounts of cones.

In addition to the influence of tree stress on coning, many conifers also exhibit a pattern of biennial bearing that may also contribute to this year’s cone-ucopia. Spruce seed cones typically occur on the upper third of the tree, while pollen buds, which are fairly inconspicuous, occur on the lower third to reduce self-pollination (Photo 3). Some trees may produce enough cones to become somewhat unsightly and reduce this year’s shoot and needle growth. In the long term, however, Michigan State University Extension predicts there should be little long-term effects to trees due to the heavy cone crop. 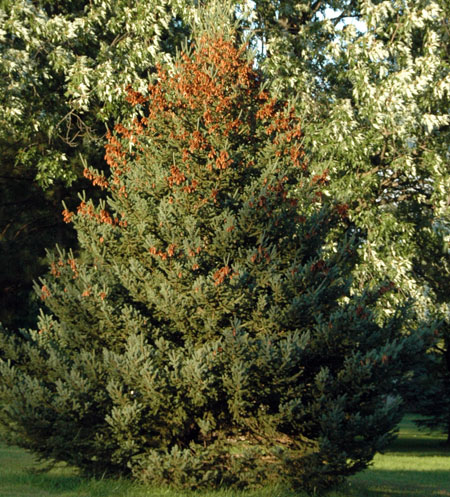 Photo 3. Seed cones typically in the upper one-third of the tree
crown.

What are those large webs in my trees?