Farmers across Michigan’s Upper Peninsula are interested in soil productivity and health. They should be, considering that Upper Peninsula conditions include challenging weather and soils that are often marginal. In 2016, 71 people attended a series of six on-farm field days supported by Michigan State University Extension from July through September in Chippewa, Alger, Dickinson, Delta, Baraga and Ontonagon counties. Talks were given by MSU Extension educators Paul Gross, Frank Wardynski and Jim Isleib, but the main intent was to provide an opportunity for local farmers to learn from one another through informal presentations and discussion.

The first field day on July 20, hosted by Lazy K Ranch and Berkompas Farms in Rudyard, Michigan, focused on rotational grazing of grass-finished beef and improving hay yields. The next three field days were held Sept. 13 and 14 in Rumely, Michigan, hosted by Bahrman Potato Farm; Vulcan, Michigan, hosted by Melodydell Dairy; and Escanaba, Michigan, hosted by Lippens Potato Farm. For these three meetings, MSU Extension educator Gross traveled to the Upper Peninsula from Mt. Pleasant, Michigan, to share his expertise in soil health issues. Each of the three cooperating farmers prepared a soil trench to provide a “hands-on” look at the soil conditions on their farm. 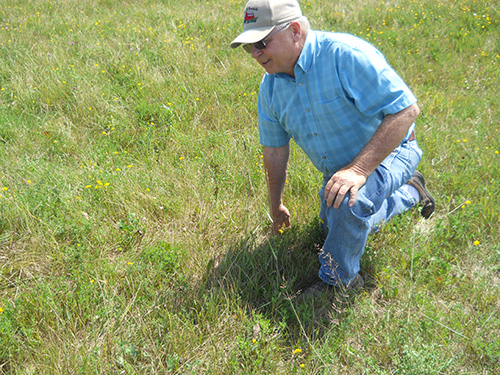 The final two field days were held in Pelkie, Michigan, hosted by Ken and Lael Janson Farm; and Ontonagon, Michigan, hosted by Dykstra Beef Farm. Ken Janson shared his enthusiasm for soil aeration and using compost and biochar as soil improvement techniques. Duane Kolpack, manager of Dyskstra Beef Farm, prepared a soil trench and discussed his success with field corn in 2016, which is quite an accomplishment in Ontonagon County. 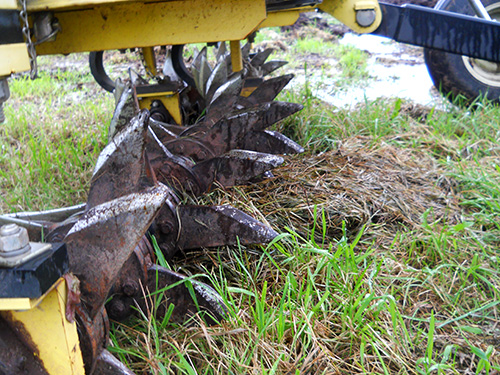 The soil trench was a highlight of those on-farm field days where it was included. With leadership from Gross, excellent discussion led to the following conclusion. The three main actions, which will lead to improved soil health and productivity on Upper Peninsula farms, include:

An additional action was discussed involving breaking up compacted soils with deep tillage implements. This option is only feasible where rocky soils do not prevent it, and where farmers have access to deep tillage equipment and tractors capable of pulling it.