The Political Economy of Fertilizer Subsidy Programs in Africa

In Zambia, fertilizer subsidy program had no statistically significant effect on the share or number of votes won by incumbent presidents. 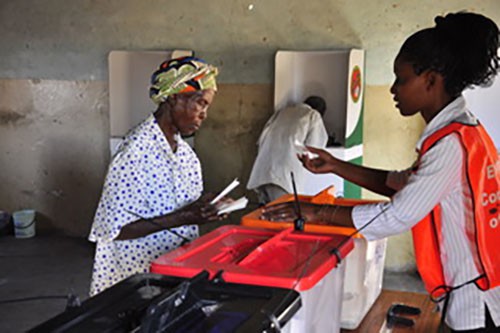 Fertilizer subsidy programs have re-emerged as popular policy tools in sub-Saharan Africa. Despite a burgeoning body of literature on program impacts, the political economy of the programs remains poorly understood. In particular, there is a dearth of empirical evidence to support or refute the conventional wisdoms that governments systematically target subsidized inputs to certain areas based on past voting patterns and that fertilizer subsidies win votes.

This article discusses the theoretical links between government targeting of subsidized fertilizer and voter behavior, then uses panel data from Zambia to empirically test these conventional wisdoms. Results suggest that Zambia’s Movement for Multi-Party Democracy governments targeted more subsidized fertilizer to households in areas where it had strong support in the previous presidential election. However, contrary to conventional wisdom, marginal changes in the scale or coverage of the fertilizer subsidy program had no statistically significant effect on the share or number of votes won by incumbent presidents.